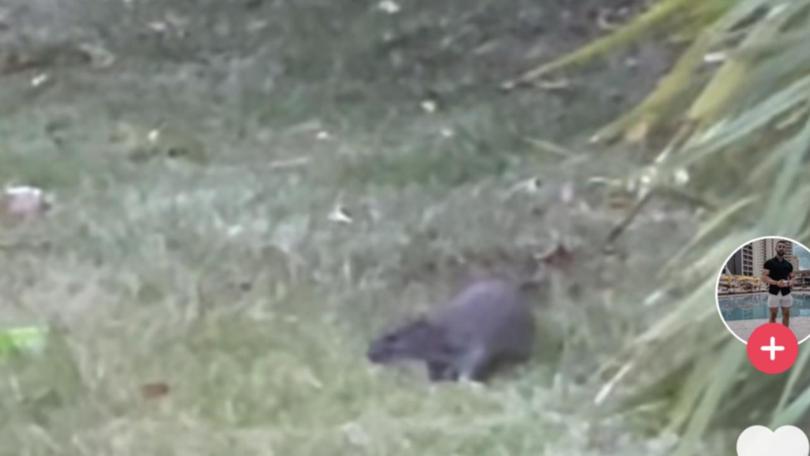 A Sydney man has taken to social media to express his dismay at a rat infestation in the area where he claims to have bought a home.

Philip Jajou posted a video to TikTok showing rats scurrying across grass and a road into bushes in Coogee, where he said he had purchased a $3m home.

“When you buy a $3 million home in Coogee but no one told you about the rat problem,” he wrote.

“Why didn’t anyone warn me?”

It is unclear whether the footage of the rats was filmed on Mr Jajou’s property or on public land.

Commenters said rats had been a feature of the Coogee area for decades, with one saying they “thought that was common knowledge”.

Someone said they thought the homebuyer should have been alerted to the rat issue by his real estate agent.

“If I paid $3m for a house just for the real estate agent to not once mention to me that it’s rat infested, you can bet I’d be dropping the price,” they said.

But others said it was on Mr Jajou to do his due diligence before buying the property.

“Didn’t you do a walkabout in the area at different times of day before you purchased? That’s like a 101 in property purchase,” a commenter said.

Randwick City Council acknowledged a “number of complaints” were regularly made about vermin and pests in the area.

On its website, the council said its officers could investigate complaints and provide advice on how to address any infestation.

“Any infestation involving private land will be the responsibility of the landowner or occupier to control by engaging the services of a licensed pest controller,” the council said.

“Rats and mice are generally active at night and are more commonly seen in late summer and early autumn.”

NCA NewsWire has reached out to Randwick City Council for comment.

Soccer. Points for AST Deauville and Mézidon but not for Dives

Soccer. Points for AST Deauville and Mézidon but not for Dives