City and Colour: Dallas Green releases new single Underground ahead of new album The Love Still Held Me Near 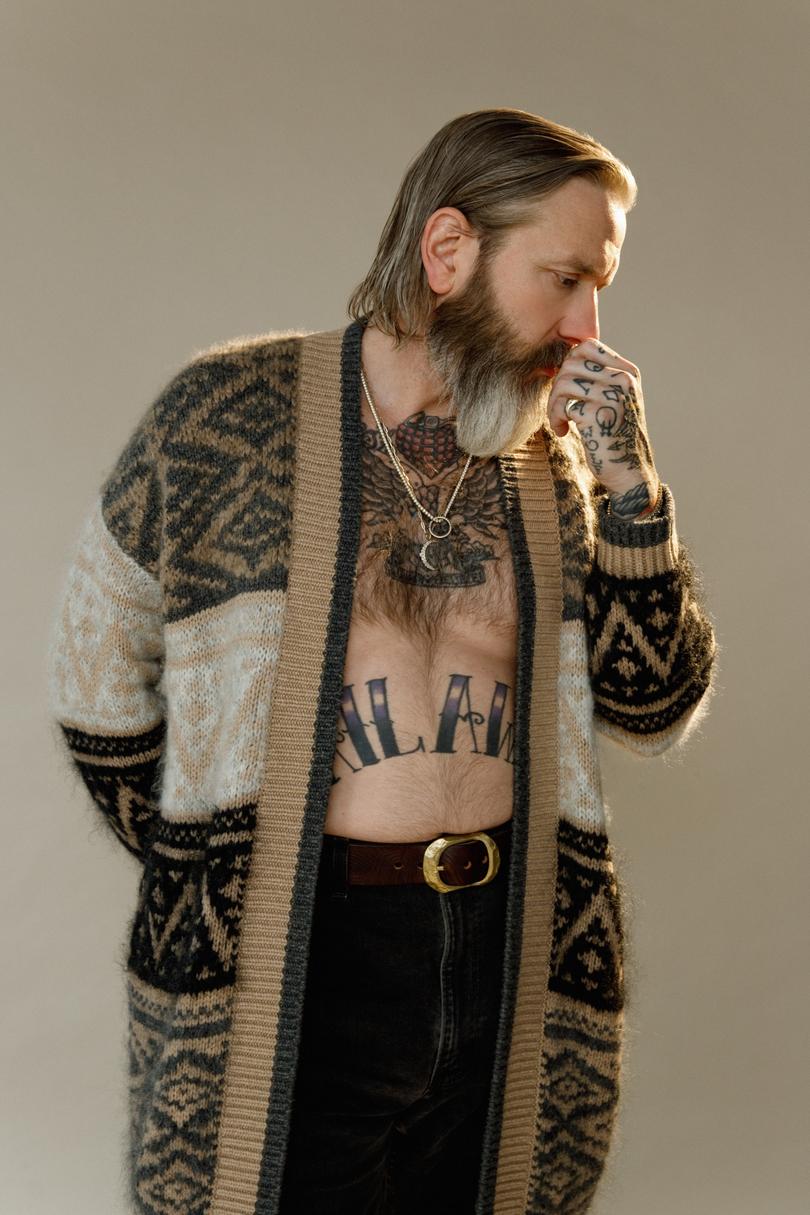 “I don’t want to be running ‘til I’m underground.”

The Canadian singer-songwriter, who performs under the moniker City and Colour, is well-versed at ruminating on death.

But what of how to live? The notion of grabbing life with both hands and not letting a moment slip away?

This is uncharted territory for the musician.

The lyrics come from Green’s latest single Underground, which has its worldwide release today. The song speaks of how he put himself back together after being torn apart by the death of his best friend, producer Karl Bareham, in 2019, the breakdown of his marriage and the onset of the pandemic.

Green realised he had been running from himself, and in the process missing out on the moments that truly matter.

“I had spent my whole life up until that point just going,” he says by phone from Toronto.

“There is a line where I say ‘let’s just forget the unforgiving presence of death and live wild and free’. Not to sound too morose, but I was standing in Australia in the morgue staring at my best friend’s body and it changed everything, the way I perceive life.

“Underground was this way of trying to reconcile that but not lose sight of the fact that life is just here for a minute, and you have to take it in.”

It is the second single off City and Colour’s forthcoming seventh studio album The Love Still Held Me Near, following Meant to Be, a eulogy of sorts for Bareham where Green asks, “How do I carry on?”

The answer, he discovered, was in the stillness and loneliness of the pandemic, and the “self-inventory” that followed.

“I found a way to be proud of myself, and that’s something I have always had a difficult time with,” Green says.

“And I think that lent itself to this record as well; once I had written the songs I had to go into the studio for the first time in a long time, without my friend who I made records with. There was this moment where I had to be self-aware, I had to be sure. And I think I found that.”

Green adds with a laugh: “I turned 40 around the same time, so, you know, it was a real tailor-made mid-life crisis. If you looked it up in the dictionary, that’s exactly what it was. It was a moment where I either had to go in and do the work and find a way out, or go the opposite way, which I don’t think would be good for anyone.”

In laying his grief bare, Green somehow manages to encapsulate a quality of emotion in his lyrics that feels so familiar to listeners, even if their experiences differ.

Now 18 years after the release of his first solo album Sometimes, he understands the significance of that bond.

“When I was a kid, music was the thing that made sense to me,” Green says.

“It made me see things more clearly than, say, being in a high school classroom. I would hear a song and it would feel like they were explaining what I was trying to say.

“When I started trying to write my own music, that’s where I was going with it. When I was younger, it was just difficult to understand why I was connecting with people … at this point in my life I feel eternally grateful that people feel like the music speaks to them and I am saying what they are feeling.”

Green and his band will soon land in Western Australia for the Summersalt festival, which also features Angus and Julia Stone and Ben Harper.

Neither City and Colour nor Green’s other project, post-hardcore outfit Alexisonfire, will visit Perth on their standalone Australian tours next month, but the singer says he has fond memories from previous trips to the west.

“I guess it’s funny now because nothing bad happened, but I think it was maybe 2017 and we started a tour for Alexisonfire in Perth,” Green recalls.

“Something we always like to do is go in the ocean, so me and two of my friends went out in the dark and swam in the ocean. We had a wonderful time.

“The next day we were going past the same beach on our way to the show, and the driver said ‘man, record number of shark attacks this year so far’. We were just like ‘woah!’

“We’d probably had a couple of beers and were bashing around in the waves like a bunch of school children, and then realised there had been shark attacks in the same water. Maybe we should be a little more careful at night.”

The Love Still Held Me Near is out on March 31. City and Colour plays Esplanade Park on January 29 as part of Summersalt.