Case of the missing steam road roller with no known owner, and no known location 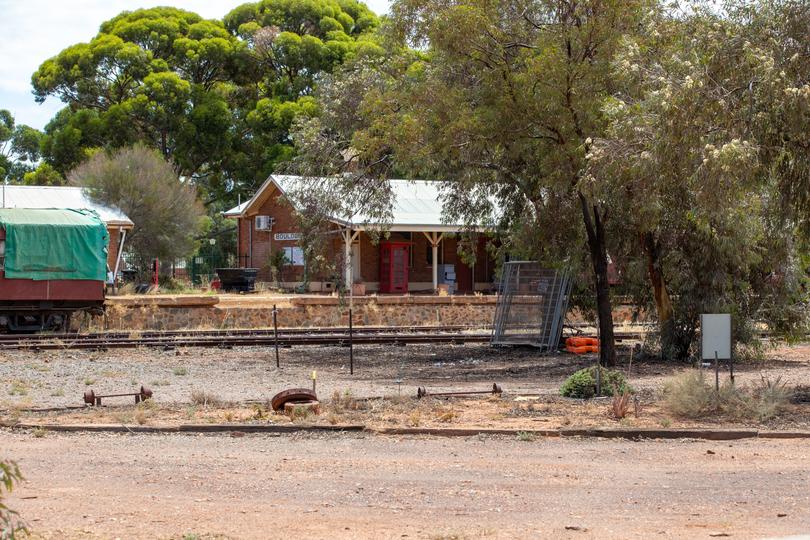 It’s a mystery that would tax the deductive genius of Sherlock Holmes.

It’s the case of a historically significant steamroller which has gone missing from its usual home behind Loopline Park.

Authorities deny being ultimately responsible for it, and could not tell the Kalgoorlie Miner where it was or how it had disappeared.

The Kalgoorlie Miner’s investigation into the baffling mystery started earlier this week when we contacted a person with reliable knowledge who said it had been in its place for many years — and who told us it was now not there.

The steam road roller had historical connections to the Goldfields region, after being purchased in 1934 by the local government and used until 1954 on road works.

Our investigator contacted City of Kalgoorlie-Boulder chief executive Andrew Brien who confirmed his staff had discovered it missing on Monday, after last sighting in late December.

City staff attended the site with contractors from the WA Museum — who he said own the steamroller — to give them access to the area on request from the Golden Mile Railway Loopline Society.

“A City officer met with the WA Museum’s contractor to provide access to the site — as requested — and found that the item was not there,” he said.

“The City is not aware of who removed the item and understands that the WA Museum had only authorised their contractor to remove the item.”

However, WA Museum chief executive Alec Coles denied responsibility for the roller and told the Miner the State Government had “relinquished” ownership in 2015.

He said it was considered to be “surplus to requirements”, but was left in its place at the request the Loopline Society.

Mr Coles said the steam road roller had remained there ever since — until now.

Mr Brien said staff had advised WA Museum the item was not found in its location, and as the property owners suggested they may wish to contact the police to report the missing item.

The Miner asked Mr Coles if a report had been filed with the police, but he declined to answer.

When the Miner spoked with local police on Tuesday, no report had been made.

So nobody seems to know anything about where it might be — yet somebody knows something because it’s not where it should be.

Share
Facebook
Twitter
Pinterest
WhatsApp
Previous article
When Nazem Kadri is in a funk, he turns to Avalanche Stanley Cup ring
Next article
Do I also have to indicate direction in a pre-sorting area?