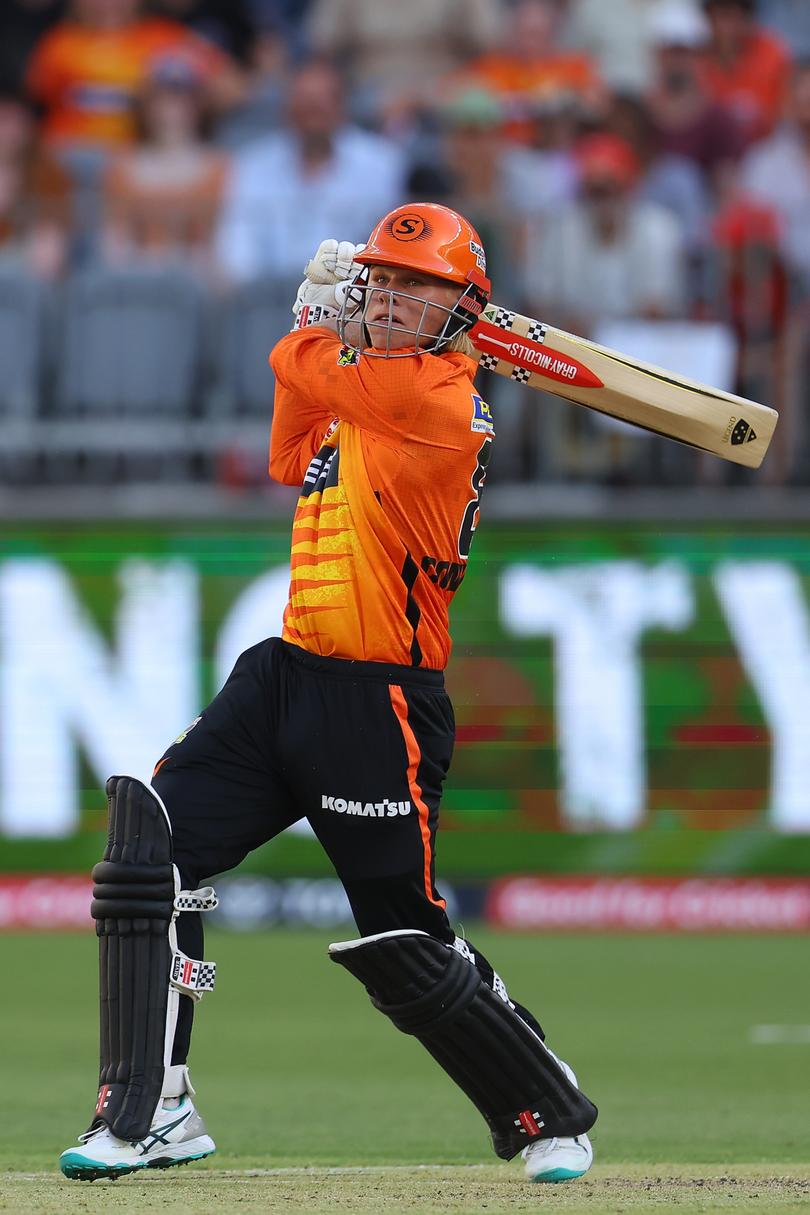 Perth Scorchers’ young gun Cooper Connolly has vowed to be a “game changer” if he makes the cut for The Qualifier against the Sydney Sixers on Saturday.

The dashing Scarborough all-rounder got his second taste of Big Bash League action against the Renegades on Sunday as Perth tinkered with their XI, searching for a finals-winning combination.

And just days out from the blockbuster home final against their arch rivals, the line-up is still in the air with fellow left-arm spinner Ashton Agar unavailable due to a national spin camp in India while injury clouds still hang over Matt Kelly, concussion, and Jhye Richardson, hamstring.

And after getting his second call up, and first knock, under his belt, Connolly is gunning for a finals run.

“I’m going to be the game changer and take it on if I do play and just support the team as much as possible,” he told The West Australian.

“The nerves haven’t quite kicked in yet but potentially later in the week when that realisation of a home final against the Sixers with big names playing, including Steve Smith.

“The best thing for me is just to embrace it and enjoy the game instead of looking at ‘what if I don’t do well, what if I fail?’”

The 19-year-old had a few nervy moments against the Gades, including a dropped catch, but showed his maturity and talent with an unbeaten 20 in a crucial 52-run partnership with player of the match Cameron Bancroft.

He even had opposition captain Aaron Finch wringing the fielding changes.

The left-handed middle-order batter also chalked up a personal dream playing in front of more than 30,000 fans and wants to use the experience as a springboard.

“The first ball is always the most nervous one, I was marking middle, and my legs were like shaking, and I sort of just said to myself, ‘wow, this is one of my dreams ticked off to play in front of this many people’,” he said.

“That was just the sort of realisation that I’ve made it to where I want to, and obviously want to go further, but I just feel like playing in front of that and being out there was such good learning for me, especially batting with Bangers.

“I just think taking notes off him and having a bit of fun out there was all I could do.”

The Scorchers sealed a home final with an 11-run victory over the Renegades and, regardless of the result on Saturday, will get another, but a win would mean a home Grand Final, which they will actually be able to play in Perth after having to choose Marvel Stadium last season due to COVID-19 restrictions.

“It’s always nice to claim that top spot and play a home final in front of hopefully 40,000,” Connolly said.

“I think we’re feeling very good and very confident, and we just need to keep going with this momentum.”