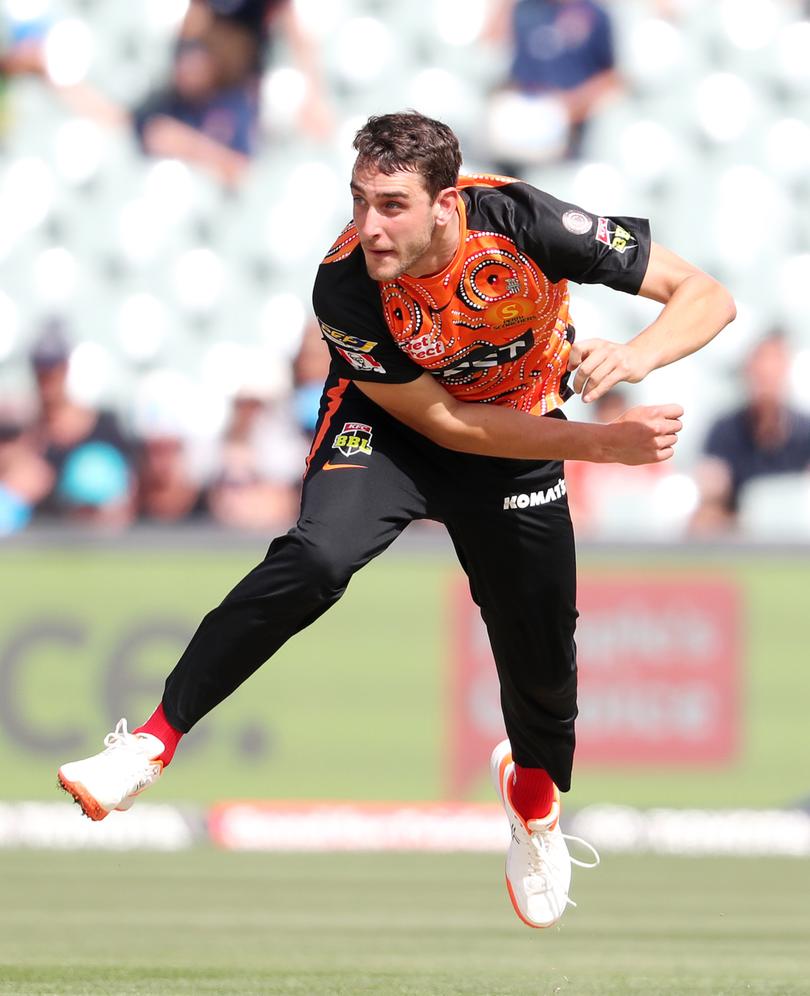 The Perth Scorchers have dished out a lesson to the Adelaide Strikers on the eve of Big Bash finals in a huge warning to the rest of the competition.

Here are our hits and misses.

The Scorchers were on a roll with three Power Play wickets before a flying Bancroft added the cherry on top, pulling off a screamer to dismiss dangerman Alex Carey.

The South Australian gloveman struck out at Peter Hatzoglou after struggling to score as the crafty leggie pushed the ball across the left-hander.

He timed his sweep shot well and appeared to have found a gap on the mid-wicket boundary.

But Bancroft had other ideas.

He made good ground with his legs before timing his dive to perfection, clasping the ball in his ironclad grip.

The Scorchers used their plethora of variations to perfection as they routed the Strikers after they decided to bat first.

At one end of the scale, Lance Morris took 3-26 with searing heat and bad intentions, while Peter Hatzoglou used his guile to also pick up three wickets.

The switching through the gears during the innings didn’t let the batters settle and forced them to try and take down bowlers who are far too good to fail too often.

Import David Payne added divine swing bowling to the mix for 3-20 as the hosts capitulated for 92.

Aaron Hardie and Josh Inglis are creating quite the combination.

Both have been in electric form and, after a couple of early wickets, decided to finish the match with raw power.

They traded sixes as they mowed down the total of 92 with nearly half an innings to spare.

They combined for a 54-run partnership before Hardie fell swinging for the fences.

In the win against Hobart Hurricanes on Wednesday, they put on 127 runs together to get the reigning champions home.

Adelaide needed to make a positive start to blunt the Scorcher’s potent bowling attack, and the intent was there.

But they couldn’t reign it in after the wickets began to tumble.

Their star-packed top four of Travis Head, Matt Short, Thomas Kelly and Alex Carey only managed 19 runs between them.

Short was beaten by lethal swing while Head was caught on the rope going one too many.

Carey could consider himself unlucky, with Cameron Bancroft taking a stunner to remove him.

His heart was in his mouth as he played a half-hearted sweep shot that fell just short of the fielder at fine leg.

But he then lost the plot.

He ran halfway down the wicket while partner Stephen Eskinazi hadn’t moved.

The import sent him back, but despite a desperate dive, he was caught well short by an accurate throw to Alex Carey.

With the Perth Scorchers in such devastating form, the only problem was the match was done with plenty of overs to spare.

Adelaide fans were likely grateful for the Scorchers to bring the curtain down on their dour day early, but Perth fans were left wanting more.

Aaron Hardie was in incredible form again, blasting 43, while Josh Inglis was just getting going before he struck the winning runs with a clever reverse sweep.

Ashton Turner faced just three rocks, while Nick Hobson missed out on a hit yet again.

Share
Facebook
Twitter
Pinterest
WhatsApp
Previous article
Many private individuals are switching to electric driving, a quarter of new cars are electric
Next article
Hand. The handball players of Évron receive the leader this Saturday, January 21