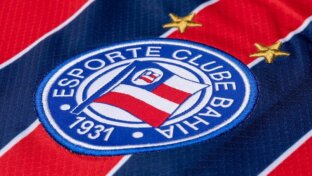 Bahia announced this Friday (20) its entry into the Brazilian Football League (Libra). The statement was made officially through the club’s social media. According to the note, after this decision, the club will have “the firm commitment to work closely with all parties involved”.

The tricolor advocates the creation of a league that is independent of the CBF and capable of uniting all clubs, even those that are not part of the group. Because of the SAF transformation process, Bahia was the only club in the two main Brazilian divisions without affiliation to a league.

Now, the club from Bahia joins 10 other teams from the first division. Botafogo, Bragantino, Corinthians, Cruzeiro, Flamengo, Grêmio, Palmeiras, Santos, São Paulo and Vasco are the other Serie A clubs that are part of LIBRA. Now, with Bahia joining, Libra will have the absolute majority of Série A participants.

Guarani, Ituano, Mirassol, Novorizontino, Ponte Preta, Sampaio Corrêa and Vitória are the Série B clubs that complete the list of 18 Libra partners.

As stated in the official note, Bahia has been actively working on creating a league for the unification of national football since 2019. According to GE, Guilherme Bellintani, president of the tricolor, sees Libra as having greater market potential. “Libra seems to have a more solid, more advanced commercial side. What we want is to collectively build a model that is as balanced as possible,” said Bellintani.

The squad’s agent also confirmed that the City Group were not involved in the league selection process. “The decision came from Bahia”, he added.

Despite having 26 affiliated clubs, Liga Forte Futebol do Brasil (LFF) has the minority of first division clubs. The strength of the LFF comes in the lower divisions, because 17 of its clubs are in the B and C Series of the Braselirão.