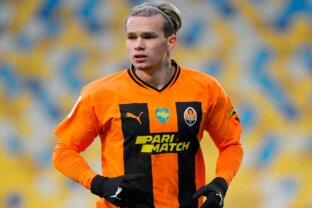 Last weekend, the chelsea confirmed the signing of Ukrainian Mudryk, a striker who played for Shakhtar Donetsk. The player had been negotiating with Arsenal weeks before the agreement with the Blues and, according to information from the Dailymail newspaper, coach Mikel Arteta and defender Zinchenko called almost every day to try to convince the athlete to sign with the Gunners.

Shakhtar’s CEO, Sergei Palkin, has been revealing several details of this negotiation, which had an impressive outcome. Check out what he said about the contacts:

“Arsenal contacted the player almost a month and a half before contacting us. Can you imagine, for example, having Mikel Arteta, Oleksandr Zinchenko and the sporting director calling you, having Arsenal calling you almost every day, every other day, every third day? You may or may not want the change, but follow this type of reception and contacts.”, reported the director, visibly dissatisfied with the approach.

During that week, Sergei Palkin detailed how the Blues managed to move ahead and complete the signing of Mudryk, who signed until 2031 with the chelseaon an eight-year contract.

“The offers were the same. 70 million fixed and 30 million in variables, but the bonuses were much easier to achieve with the chelsea than with Arsenal”, said the representative, for the English newspaper “The Athletic”.

According to information, the Gunners would have placed bonuses that would be activated if the attacker won the Golden Ball. The Blues, on the other hand, set simpler goals as triggers for activating the bonuses, such as winning the Premier League and the Champions League in the next four seasons.