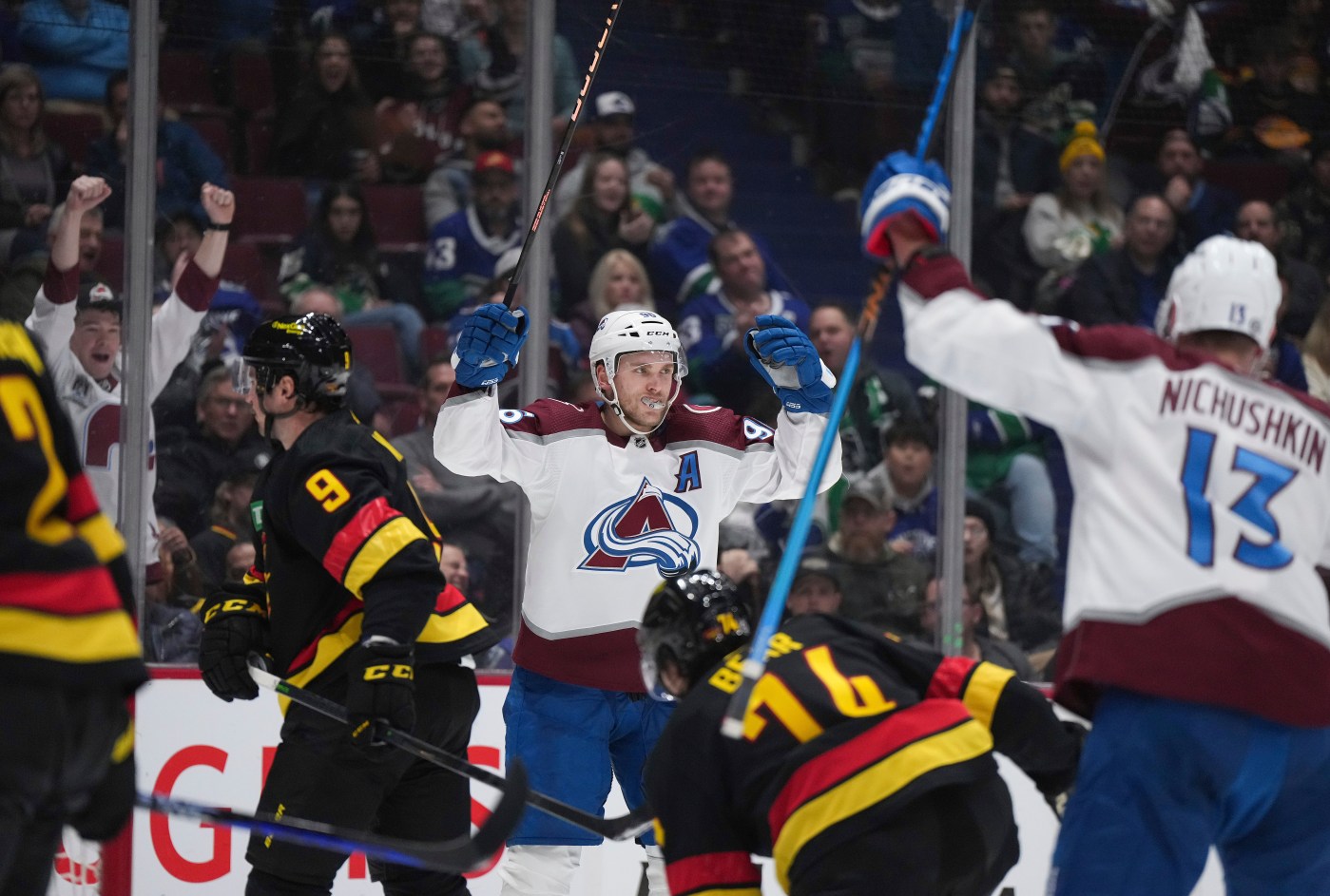 VANCOUVER, British Columbia — Suddenly, the Avalanche’s strong starts are beginning to blur together enough to be forgotten.

“First time in a while we had a really good first period,” Mikko Rantanen said Wednesday in Calgary after a 3-0 frame led to a 4-1 win. The natural follow-up: Was there something Rantanen didn’t like about Colorado’s first periods in the previous two games, both of which ended with 2-0 leads? “Oh yeah, it was I guess,” he laughed. “Yeah, that was good. I forgot about those.”

Dominant starts being treated as no biggie felt unimaginable a week ago, but they’re fueling the Avalanche now. The latest was a 3-0 lead in Vancouver en route to a 4-1 win.

This game that snapped that streak was earlier this month in Vancouver, but the ensuing collapse turned out to be one of the bleakest moments of the season. It was still on coach Jared Bednar’s mind Friday morning before the rematch — “We took a nap for eight minutes,” he said — and the players skated like it was still on their minds, too.

Valeri Nichushkin scored his first goal since Oct. 25 at Madison Square Garden. Rantanen netted his 32nd of the season, staying on a 59.6-goal pace 24 hours after fans voted him to his second NHL All-Star Game. Both of those goals were scored with 5-on-3 advantages, another refreshing uptick after the power play drought that plagued Colorado through its eight-game slump after the holiday break. Six of Nichushkin’s eight goals this season have been on the power play.

When the struggling Canucks cut it to 3-1 and brought the recent memories creeping back into the minds of Avalanche fans, former Canuck Brad Hunt eliminated the rally. His bomb from the blueline re-supplied a three-goal lead with 33 seconds left in the second stanza.

Andrew Cogliano also scored, but his night was hampered by three minor penalties — one in each period. He also compiled 12 penalty minutes last time in Vancouver, mostly because of a 10-minute misconduct during the Canucks’ comeback. He now has four penalties in the first two games of the road trip.

Cale Makar skated in a regular jersey Friday morning and directed the top power play unit, but he missed a second straight game with an injury now officially classified as upper-body. Bednar indicated Makar might be ready to play Saturday (8 p.m.) in Seattle, when the Avs play their first back-to-back since the NHL Global Series in early November.