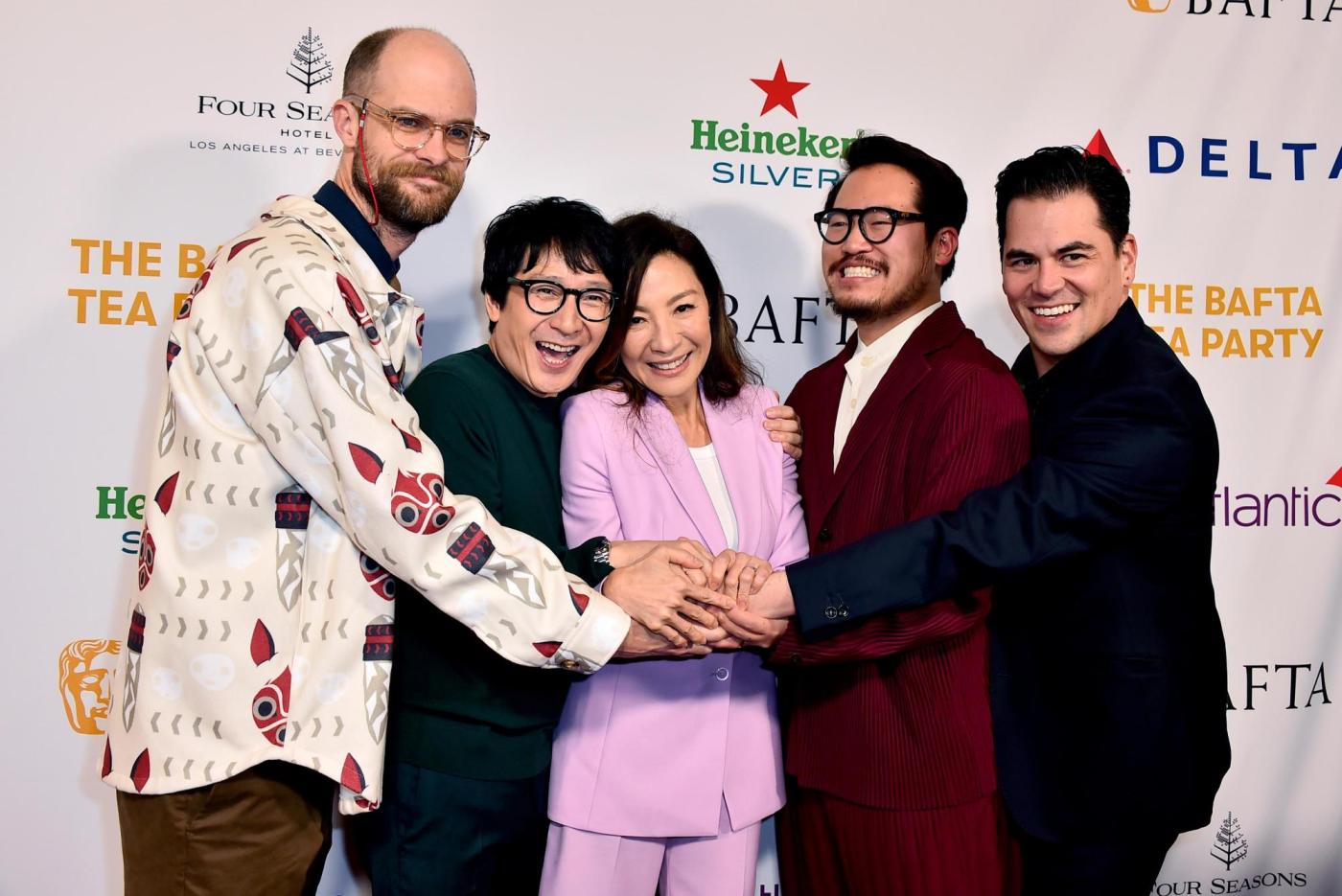 LONDON (AP) — Visceral World War I German-language drama “All Quiet on the Western Front” got a field-leading 14 nominations on Thursday for the British Academy Film Awards, with genre-bending comedies “The Banshees of Inisherin“ and “Everything Everywhere All At Once” each nominated in 10 categories.

“All Quiet,” an unflinching adaptation of a classic antiwar novel about life and death in the trenches, is up for awards including best film and best director, for Edward Berger. Its tally of nominations is the highest ever for a film not in the English language.

Martin McDonagh’s Irish tragicomedy “Banshees” has nominations including best picture, best director and best actor, for Colin Farrell. Nominations for madcap metaverse adventure “Everything Everywhere” include nods for co-directors Daniel Kwan and Daniel Scheinert — known jointly as “the Daniels” — and a best-actress nomination for Michelle Yeoh.

The BAFTAs are Britain’s equivalent of Hollywood’s Academy Awards. The winners will be announced Feb. 19 at a ceremony in London.

The nominations help cement “Banshees” and “Everything Everywhere” as awards-season favorites, following momentum-building wins at the Golden Globes and multiple nominations for the Screen Actors Guild Awards,

The BAFTA best-picture nominees are “All Quiet on the Western Front,” “The Banshees of Inisherin,” “Elvis,” “Everything Everywhere All at Once” and Todd Field’s symphonic psychodrama “Tár.”

Britain’s film academy introduced changes to increase the awards’ diversity in 2020, when no women were nominated as best director for the seventh year running and all 20 nominees in the lead and supporting performer categories were white.

The voting process was rejigged to add a “longlist” round in the voting before the selection of the final nominees that are voted on by the academy membership of several thousand industry professionals. For the best film prize, academy members choose a 15-film longlist that all members must watch before voting for the winner.

This year there are 11 female directors up for awards across all categories, including documentary and animated films. But just one of the main best-director nominees is female: Gina Prince-Bythewood for “The Woman King.” The other nominees are Berger, McDonagh, Kwan/Scheinert, Field and Korean filmmaker Park Chan-wook, for “Decision to Leave.”

Unlike some awards, including U.K. music prizes the Brits, the BAFTAs have retained separate male and female acting categories, though that is under review.

Leading actress contenders are Yeoh; Cate Blanchett for “Tár”: Viola Davis for “The Woman King”; Danielle Deadwyler for “Till”; Ana de Armas for “Blonde” and Emma Thompson for “Good Luck to You, Leo Grande.”

The best-actor category pits Farrell against Austin Butler for “Elvis”; Brendan Fraser for “The Whale”; Daryl McCormack for “Good Luck to You, Leo Grande,” Paul Mescal for “Aftersun” and Bill Nighy for “Living.”