ALÈS At JBD high school, retirement is “also the business of young people” 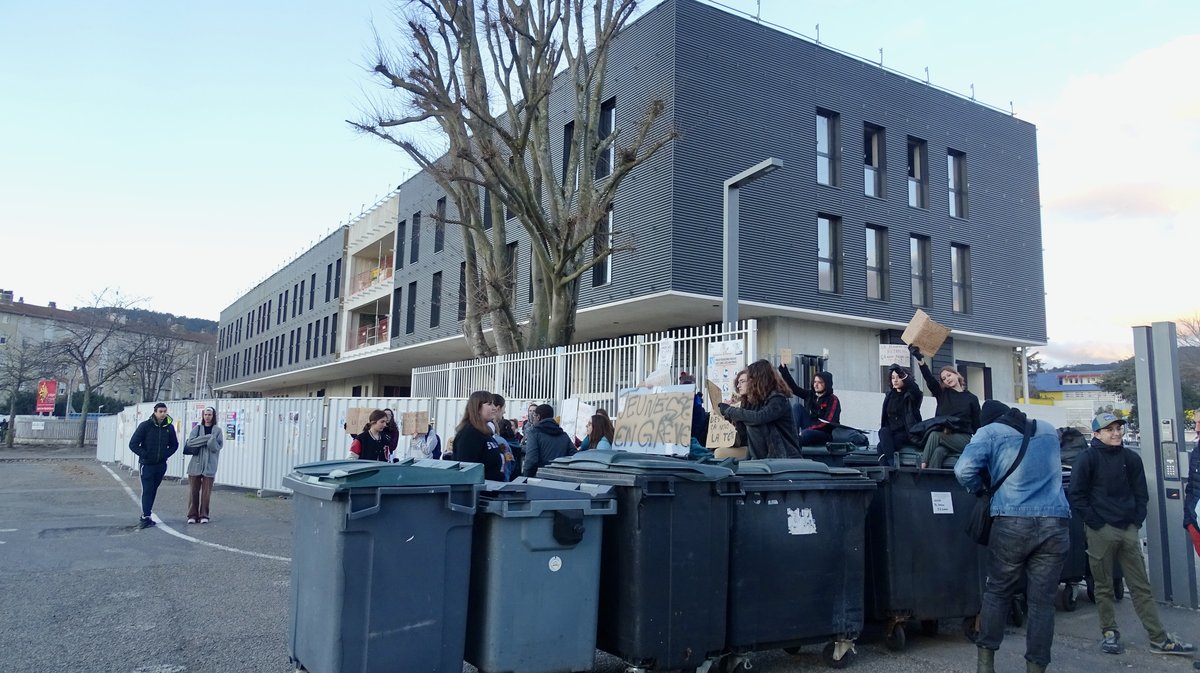 This Thursday morning, at the dawn of an inter-union and inter-professional demonstration against the pension reform, around fifty students from the Jean-Baptiste Dumas high school blocked the entrance to the establishment to protest against this same reform.

They are not numerous (about 50) but braved the polar cold to, at dawn, block the main entrance of their school with a lot of garbage cans. JBD students, who already demonstrated last October (reread here), did it again this Thursday morning a few hours before an inter-union and inter-professional mobilization against the pension reform.

The postponement of the legal retirement age from 62 to 64 and the increase in the contribution period also worry young Alesians, like Gabriel, co-organizer of the blockade: “We don’t want to work two more years. If there are fewer elderly people retiring, we will have fewer job offers when we return to working life. is the most affected by unemployment…”

An opinion shared by Jeanne, in second class at JBD and co-organizer of the movement: “My parents’ generation was due to retire soon and they will have to work longer. I will be entering the workforce in three years and, if people are asked to work longer, there will inevitably be less work for us. So contrary to what we hear, pension reform is also the problem of young people!

Megaphone in hand, Gabriel, who has become the spokesperson for the “Alesian Militant Youth”, tried to warm up the gang by launching several protest songs: “Strike, blockade, Macron get out!” Or : “The young in the galley, the old in misery, from this society, we don’t want it!” Some students have taken advantage of the filter barrier to enter the school grounds, others, and there are many of them, have simply chosen to stay warm at home.

Because the day before, many teachers would have warned the students of their absence this Thursday. However, it is impossible for the time being to determine the percentage of striking teachers. Even Catherine Berthemin, principal of the school, did not know “nothing”. “We will take stock at midday. Unlike those of the first degree, they were not required to inform us in advance. The students surely have more information than us”she confided, wrapped up in a big coat to stand near the entrance of the establishment alongside the “blockers”.

“I’m just trying to ensure the safety of the students present. Young people have to build themselves. They need this mode of expression. It’s a way for them to become citizens”, commented the principal, invited by us to give her opinion on the mobilization. A way for her to “respect” the movement, while noting the majority presence of young girls in the procession, the latter being “full of conviction”.

Against the background of hard-rock music spit out by a loudspeaker, in the freezing cold, Gabriel also expressed another grievance: “What we heard from Brigitte Macron about wearing a uniform and banning telephones in high school, that worries us. At a time when we are demanding more freedom, we will be further restricted and infantilize us!” The young activist planned to send a delegation to join the demonstration scheduled for 10 a.m. in front of the sub-prefecture of Alès.