‘A Century in the Books’: Camas library marks 100 years 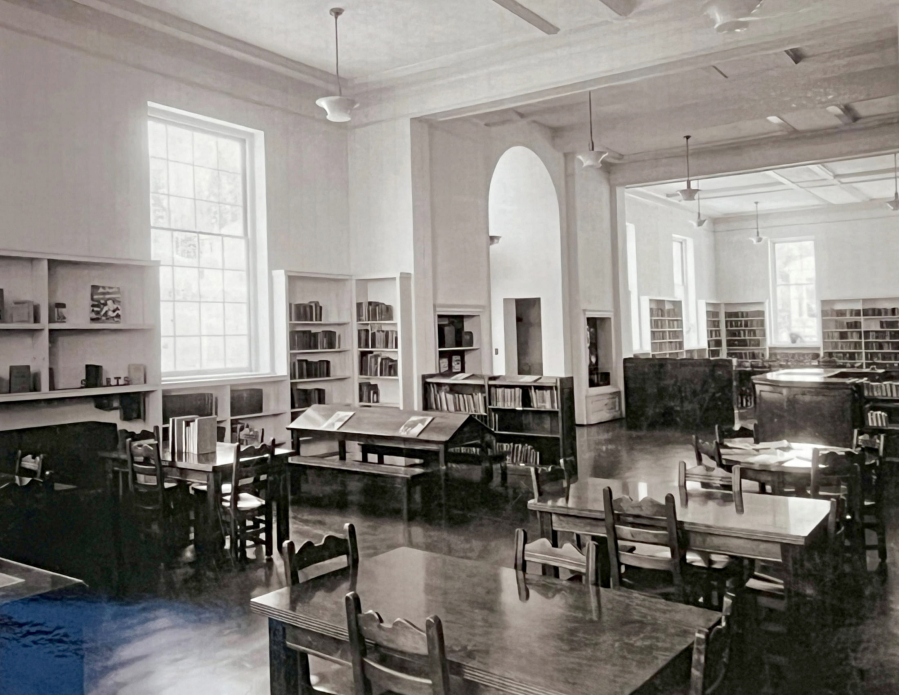 The Camas Public Library won’t officially turn 100 until April 4, but it’s already marking the milestone with a yearlong schedule of events and art exhibits.

The commemoration begins with a talk about the women who shaped Camas at 2 p.m. Saturday at the newly redesigned Joyce Garver Theater.

The Camas Public Library’s centennial festivities have been in the planning stages for five years, library director Connie Urquhart said. The anniversary is being commemorated so widely and with such gusto because the Camas library plays a central role in the town’s culture and identity, she said.

“It’s more than just books. It’s the place where the community gets together,” said Urquhart, who has directed the library for six years. “Everyone has some sort of memory involving the library.”

• “A Century in the Books,” exhibit showcasing library milestones over the past 100 years, available to view during library hours in March and April with an opening reception from 5 to 8 p.m. March 3, Second Story Gallery.

The city of Camas runs the library, which isn’t part of the FVRLibraries system. Urquhart, who previously worked for a large district with 37 branches, said that belonging to a district has advantages but independence allows the Camas library to be nimble with its programming.

“When you have a big system, you have to make policies for all of the branches, but we can make decisions based on our service area alone, which is pretty small,” Urquhart said. “There’s not a lot of bureaucracy. If we see that one book club is not doing so well, we can change it.”

The legacy of community-building is part of the Camas library’s DNA, Richardson said. It started in 1922, when the Camas Women’s Club first proposed the idea of a public library.

“We take our public libraries for granted, but when you look at the 19th and early 20th centuries, a lot of libraries were private libraries that the public never had access to,” Richardson said. “Groups, usually women, started lobbying their municipalities to invest in public libraries because they were so important.”

The Camas library in 1923 was housed in space donated by Thayer’s Drugstore (now the U.S. Bank parking lot at 430 N.E. Adams St.). In its first 17 years, the library shifted to five locations while the Women’s Club and head librarian Eva Santee persisted in their efforts to fund a suitably capacious permanent home.

It wasn’t until 1940 that the library moved to its current edifice on Fourth Avenue, a brick building designed by Vancouver architect Day Hilborn and shared with Camas City Hall. That same year, Santee transferred to the Vancouver library (then in the building that is now the Clark County Historical Museum) and went on to found what became the Fort Vancouver Regional Library District.

By 2000, the Camas library was bursting at the seams, even though City Hall had moved across the street in 1967. Voters passed a bond to renovate and expand the library. It reopened in 2003 in its present form, a doubling of square footage which includes the 1940 structure but also features floor-to-ceiling windows and an airy central atrium.

“So many people come in and say, ‘This reminds me of my childhood library,’ Urquhart said. “It has all that glass and light coming through, but it also has that coziness with some of the older features of the building that make you feel like you can just snuggle up in a chair and read.”

“Every 15 years or so, money gets tight and the city does homework looking into potentially becoming part of a larger library entity, but public support has been very strong, willing to pay enough taxes to keep it our own, very special library,” Henriksen said. “It shows you just how important the library is to our community image and sense of community.”