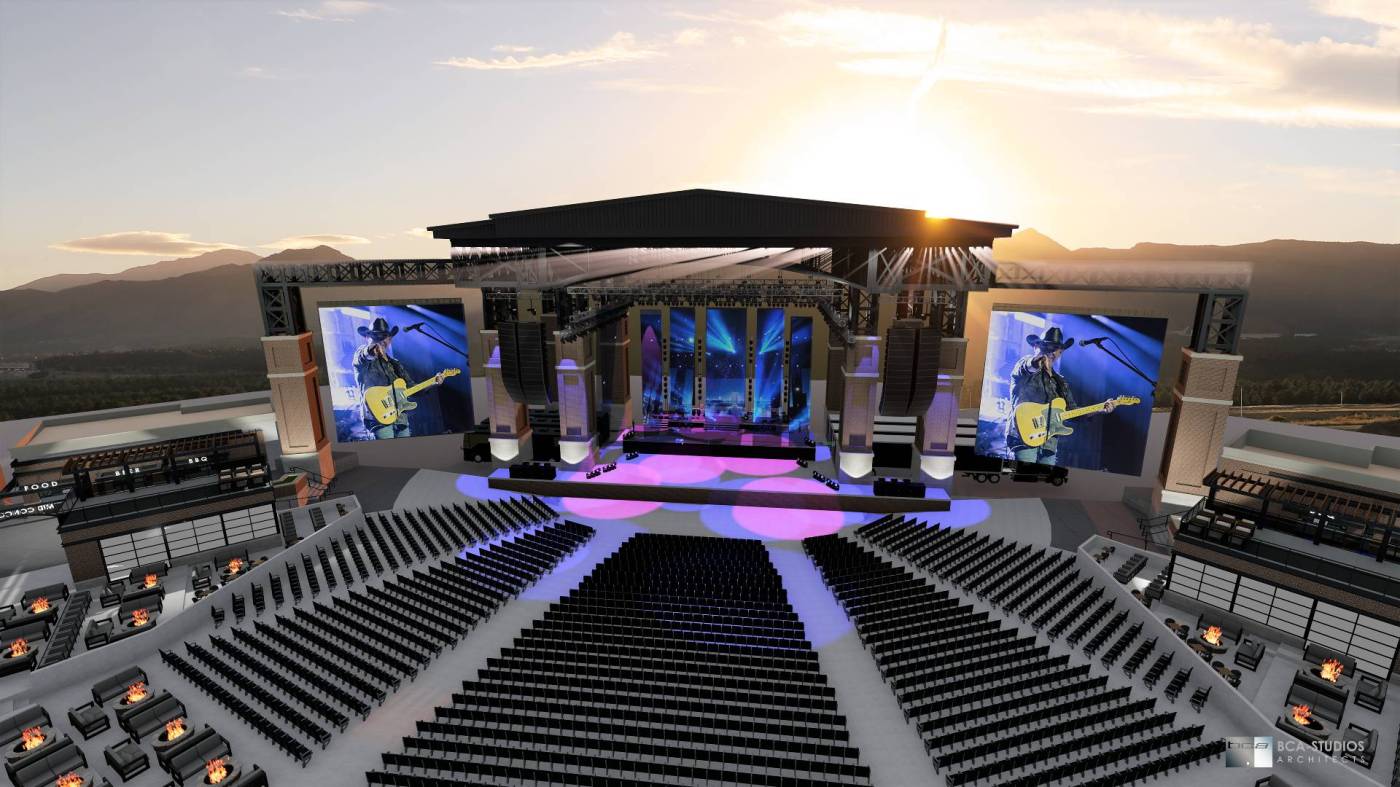 The developer of an 8,000-seat amphitheater in Colorado Springs said construction workers will break ground on the $40 million project in the coming weeks now that city officials have approved it.

Sunset Amphitheater, as it will be called, will sit just north of the city’s core and host “the largest touring acts in the country in style and comfort,” with views of Pikes Peak behind the stage, flanked by the U.S. Air Force Academy stadium on the left and the Air Force Academy chapel on the right, according to a press statement.

The project’s approval by city officials and Colorado Springs’ Planning Commission follows the April 2022 announcement, when developer JW Roth of Notes Live, Inc., dubbed the area an “entertainment desert.” That’s in spite of Sunset’s proximity to large Colorado Springs venues such as the Broadmoor World Arena and Pikes Peak Center, as well as mid-sized and smaller rooms Lulu’s Downstairs, the Black Sheep, and Live Notes’ own Boot Barn Hall. All host national touring acts alongside a steady stream of locals.

“We look forward to working closely with the (city), adjacent neighbors, Air Force Academy, the community, and those who share our excitement of being able to bring high-caliber outdoor music performances to the Pikes Peak region,” said Roth, CEO and chairman of Notes Live, in a statement.

Notes Live hopes to expand nationally with additional venues planned in Georgia, Florida, Tennessee and Texas, Roth said. The first of those — a 1,700-capacity indoor music venue in northern Atlanta that sits on an entire city block that Roth purchased — shows the scope of his ambitions. This year he’ll focus on venues and entertainment complexes in Gainesville, Ga., and Murfreesboro, Tenn., he said.

Sunset is planned as the flagship of the Springs’ Polaris Pointe development — a 60-business, 200-acre retail complex across from the U.S. Air Force Academy. One of Roth’s biggest selling points is the upscale nature of his venue. Sunset will offer amenities like “VIP luxury firepit suites and four 5-star restaurants, including a signature seafood and chophouse with a top-shelf rooftop bar carrying more than 150 of the rarest bourbons in the world,” according to Roth.

“The Sunset … will make a significant contribution to the economic vitality of our city,” said Bob Cope, economic development officer for Colorado Springs, in a statement. “It will provide a unique experience to Colorado Springs that will attract locals and visitors alike. More importantly, it will make our city a more interesting and vibrant community and enhance our already outstanding quality of life.”

Subscribe to our weekly newsletter, In The Know, to get entertainment news sent straight to your inbox.