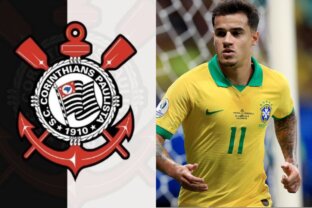 The football market continues to shake up the backstage of the Corinthians. Torcedores.com prepared a list of players speculated at Timão. Check out:

According to journalist Jorge Nicola, the Corinthians will wait until the 31st of January, so that no one makes an offer to Aston Villa for the purchase of Philippe Coutinho. Well, if the midfielder stays at the English club, there is a possibility that he will be loaned to Timão for a season.

Claiming back wages, attacking midfielder Matheus Pereira is trying to get Al-Hilal, from Saudi Arabia, released in court. The player, who was revealed by Sporting, from Portugal, would be being monitored by Corinthians and other Brazilian football clubs.

🚨 Corinthians is interested in Matheus Pereira as a market opportunity.

The striker meets the characteristics sought by the club: he plays on the sides and in the middle.

However, if the Al-Hilal player is signed, Philippe Coutinho will no longer come.

According to journalist Samir Carvalho, attacking midfielder Chará, who currently defends the Potland Timbers, from the United States, was offered to the Corinthians. But, Alvinegro showed no interest in opening negotiations with the 31-year-old player.

The attacking midfielder Chará, formerly of Atlético-MG and currently at Portland Timbers, was offered to Corinthians, but the board of the São Paulo club is not even interested in opening negotiations for the Colombian player.