Patrik Puistola coached Jukurit to continue in the CHL

Jukurit will face Luulaja and the always colorful Leo Komarov in the quarterfinals of the CHL. 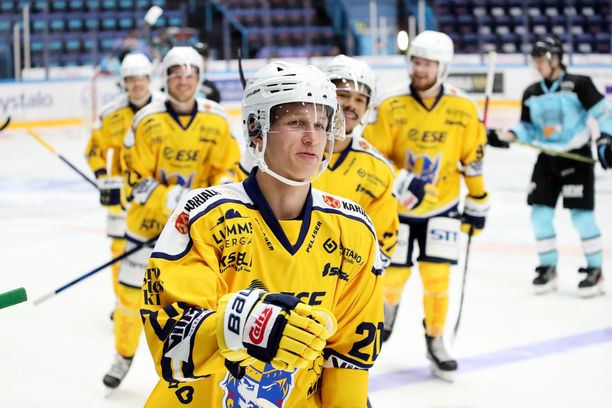 Second-year puck player Patrik Puistola scored 1+1 points in the crucial CHL game and led Jukurit to the next round. TOMI NATRI / AOP

Mikkelin Jukurit did a tough trick when they beat Swiss Friborg-Gottéron in the opening round of the CHL playoffs with a combined score of 3–2.

The tiny Etelä-Savo team thus continues in the CHL to the top eight, i.e. the big ones.

The character of the solving game was on Tuesday Patrik Puistola. The 21-year-old attacker scored the Mikkeli team’s only goal in regular time and started skillfully Jarkko Immonen the winning goal in overtime.

– We were more defensive in Tuesday’s game. They had turmoil. We had good counterattacks, Puistola times.

– The understrength and goalkeeper play were good for us. I could see that it had the keys to victory, the second-generation hockey player continues.

Puistola praises his own game cautiously, how else.

– In my opinion, I played quite well. The second set was especially bad. There were no big changes for me.

The goal from the man’s stage was still born in the second set.

– It was a great feeling to score a goal in such a big game. You can’t deny that.

The team sold 7,500 season tickets for their home games this season.

Jukurit HC Oy’s turnover for the last fiscal year was approximately 4.5 million. That’s a bit of a frame of how the teams operate in different economic series.

– Surely this was a big win for the organization, that we are this far in this competition. The starting points may not have supported success. I guess we showed everyone that we can play good puck, Puistola thinks.

Jukurit next tries to bite Luulaja, the silver team of the Swedish league last season, on the ankle.

The teams met twice in the early autumn group stage. The Swedish team won both matches.

Jukurei again faces a team with a significantly bigger budget.

– We will face a high-quality team that skates really well. There are good players there, thinks Puistola.

– Of course we have the means to win. But you have to put the best on the table if you want to win. First of all, the defensive game has to be just as good as it was against Friborg.

– Special situations often play a big role in these games. Whoever can solve them is probably strong, Puistola, who scored 4+8 points in the league this season, thinks.

In particular, the arrival of NHL veteran Komarov in Mikkeli is an interesting thing. The 35-year-old attacker was very close to signing a contract with Jukurie in the early summer.

However, the paper was never born, and the career of the forward who played 491 games in the NHL regular season now continues in Sweden.

Tappara will meet SHL’s Rögle in the quarterfinals of the CHL.

Periodontitis may cause few symptoms, but it insidiously destroys the attachment tissues of the teeth and at worst causes the teeth to fall out...
Read more
Europe

Objective values: Reductions are coming if… the Municipalities want it – What does the tax bill provide