‘If he plays, we’re going to hit him’ – Boston Herald 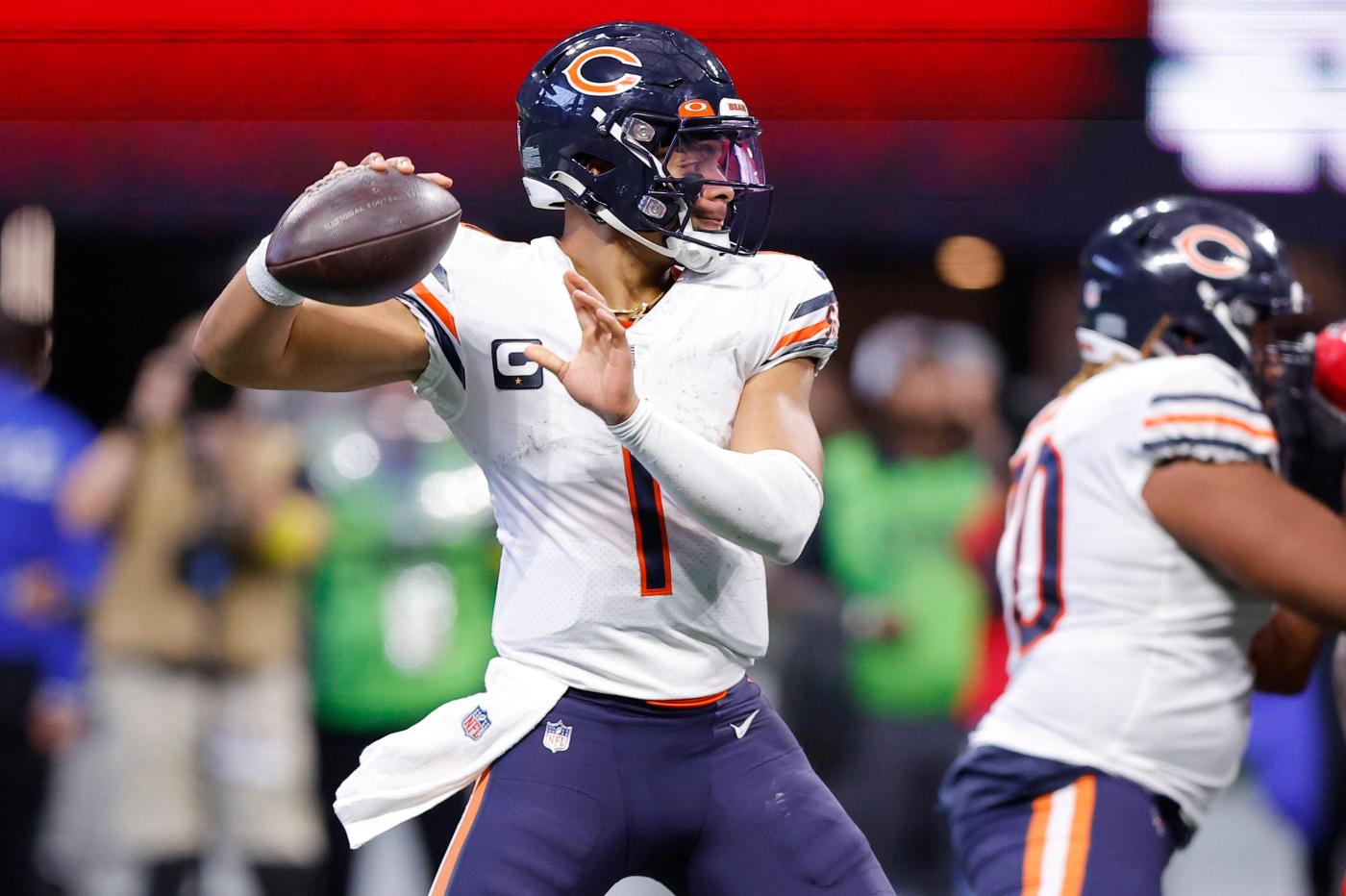 Entering Sunday’s matchup, the Jets aren’t the only team that has some questions at the quarterback position.

Bears quarterback Justin Fields has been limited in practice this week after separating his non-throwing shoulder during last weekend’s 27-24 loss to the Falcons. Although Gang Green has been preparing for both Fields and his backup Trevor Siemian, the overall objective will remain the same for the team.

“If he plays, we will hit him,” Jets coach Robert Saleh said about Fields. “If he doesn’t play, we will do our best to hit the next guy.”

After struggling during his rookie season, Fields has emerged as of late. In 11 games, he has thrown for 1,642 yards, 13 touchdowns and eight interceptions. Fields has also rushed for 834 yards and seven touchdowns.

It’s worth noting the Jets could have selected Fields with the second overall pick in the 2021 NFL Draft. But the team decided to take Zach Wilson instead, whom the Jets just benched for backup Mike White despite Wilson going 5-2 in his seven starts this season.

Wilson struggled with mechanics along with consistency in the passing game. In the seven games he played after returning from his meniscus injury, Wilson threw for 1,297 yards, four touchdowns and five interceptions.

“The obvious is the ability to run,” Jets defensive coordinator Jeff Ulbrich said about Fields. “He is probably one of the most dynamic runners and that’s not just as a quarterback, that’s as a wide receiver, running back, whatever the case may be, in the NFL right now.

“Then beyond that, is a guy with phenomenal arm talent, which he doesn’t get enough credit for. I think he’s growing as far as seeing the game and understanding the game. But the arm talent is absolutely there, he can throw a deep ball, he has great touch and feel and power and he has receivers that will go and get it.

“He is a very interesting challenge for us and it is different from what we’ve faced from week to week. We have some experience in defending that.”

Whichever quarterback plays Sunday will face a Jets defense that’s one of the best in the league in sacking the quarterback. Gang Green is tied for fourth in sacks (32). The Jets defense also ranks ninth in yards allowed per game (310.5) and points allowed (18.6).

The Jets didn’t allow an offensive touchdown in the 10-3 loss to the Patriots last Sunday. The Green and White also sacked Mac Jones six times and held New England to 99 yards rushing. The game’s only touchdown came on Marcus Jones’ punt return with five seconds left in the game.

Although the Jets had one of their best performances of the season, the number of missed tackles stuck out and is an aspect the team is hoping to clean up Sunday.

“I think regardless of the score or the overall performance, you’re looking for every inch on how to get better,” Ulbrich said. “The tackling is definitely an area we want to be better, we take a lot of pride in and we work at it a lot.

“We probably devote more time than most to it. The fact that we didn’t tackle to our expectations it was disappointing and it was something we absolutely addressed this week and devoted a lot of time to it. So hopefully, we get it improved.”

After not playing for a month, Jets wide receiver Corey Davis will make his return to the field against the Bears.

Davis injured his knee in the win against the Broncos on Oct. 23. He subsequently missed the next three games as Denzel Mims started in his place. In seven games, Davis has caught 19 passes for 351 yards and two touchdowns.

“There’s still a role, he has earned that role,” Saleh said about Mims. “So hopefully, he still gets some opportunities. But Corey is back as the number one receiver.”

Tight end Kenny Yeboah (calf) and defensive end Sheldon Rankins (elbow) will both miss the game against Chicago. Yeboah popped up on the injury report last Friday as he didn’t play against the Patriots. Rankins also missed last week’s game as he injured his elbow in the victory against the Bills on Nov. 6.

According to the legal initiative, criminal background checks would be voluntary in short-term employment relationships.The goal of the law would be to improve the...
Read more
World