Rutgers football melts down in second half of loss to No. 4 Michigan – Trentonian 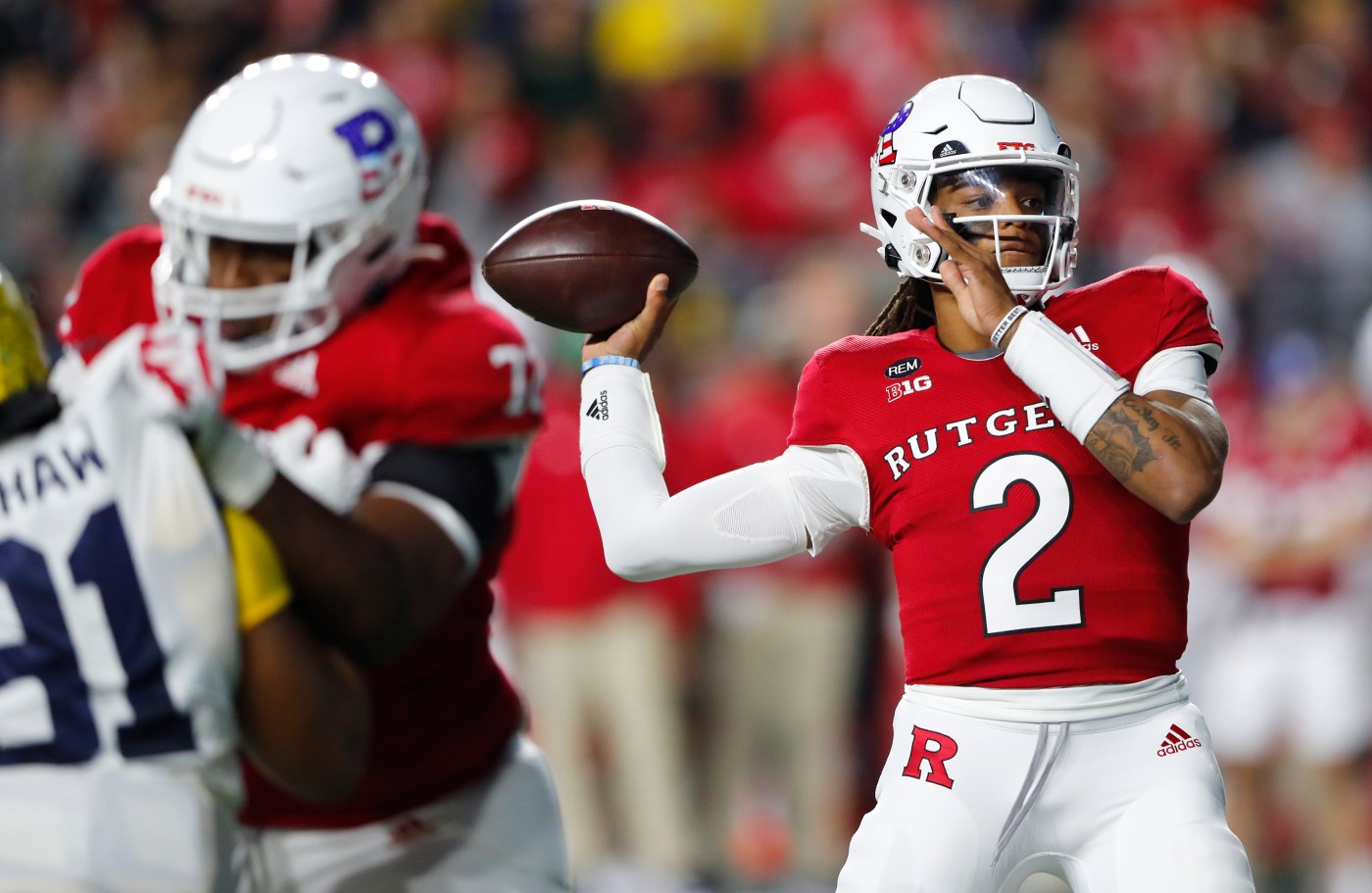 Saturday was not that day.

But maybe one day, the progress that Rutgers head coach Greg Schiano insists he sees with his program will be on a level playing field with the results on the scoreboard at the end of the night.

Saturday was definitely not that day.

A dream first half was followed by a nightmare second half in a 52-17 loss to No. 4 Michigan at SHI Stadium; the Wolverines scored a stunning 38 straight unanswered points after the Scarlet Knights actually held a halftime lead.

In the span of just eight minutes and 14 seconds, a 17-14 lead turned into a 35-17 deficit thanks to two interceptions by sophomore quarterback Gavin Wimsatt, who showed some of that progress that got him to this point, but, at just 19 years old, is still developing on the fly and learning elite-level defenses for the first time.

Another late third quarter pick that eventually put six more points on the board for the Wolverines, and the night had essentially gone how many thought it would for him.

“Thought he did some really good things early on,” Schiano said. “I think he made some young quarterback mistakes in the second half. Literally, in like a minute-and-thirty-second time period. Things that are definitely correctible but I guess inopportune time. But he’ll get it. Just a matter of time. It was a good learning experience for him…we played clean football field in the first half. The penalties kind of disappeared. Really, there were no turnovers. It was clean football.

“To beat a team that’s a National Championship contender, you have to play clean football for 60 minutes. You have to do some things that are a little aggressive and be able to cash in on those things and that’s where we were in the first half. But the second half, the roof caved in there a little bit in that time period and it’s hard to go back and catch up.”

The frustrating part of it all is it felt like this one could have been different, that, at minimum, it could have been a repeat of the dramatic matchup between the two teams just two years ago that needed triple overtime to decide, a night that was so close to serving as the signature win in the Big Ten that would silence the never-ending naysayers who insist the Rutgers never should have joined the conference in the first place.

Instead, it was just another night of false hope with nothing to show for it in the standings, a night where the players undying and unquestioned belief in a man brought back to restore life to a program that, even in its third year under his direction for the second time, still desperately could use it.

But, despite a loss that drops them to 4-5 in the overall standings and 1-5 in conference play, the players still, as Schiano likes to say, are willing to keep on chopping.

“Schiano is the best coach I’ve ever had, hands down,” said defensive back Max Melton, whose blocked punt in the first quarter seemed to shift the momentum in Rutgers favor for a while.

“He’s teaching you stuff about life, about football.  It’s impossible to go down when he’s the coach.  I know it might not always look like (progress is being made) on the field, but it definitely feels like it in my heart and in the team’s heart.”

Progress, coach?  Are things actually getting better despite the results not matching lately?

“Well, it can be overshadowed, right,” Schiano said. “That’s my job as a coach to recognize and show these guys where they are making growth. Because it would really be — it could really be demoralizing if you look at the final score and you come in tomorrow and they come in tomorrow and sitting in these seats where you’re sitting, and you know, get up there and start telling them why they didn’t win the game. There’s things they did very, very well but as I said earlier, we are much better than we were in September, but we are not better enough to beat that team. They are a really good football team.”

OFFSHORE oil workers began two days of strike action on Thursday in a dispute over pay and conditions. Unite the union...
Read more