Apostolos Tzitzikostas: “All is well, all is well” – The episodic return from Turkey and the international reactions to the provocation 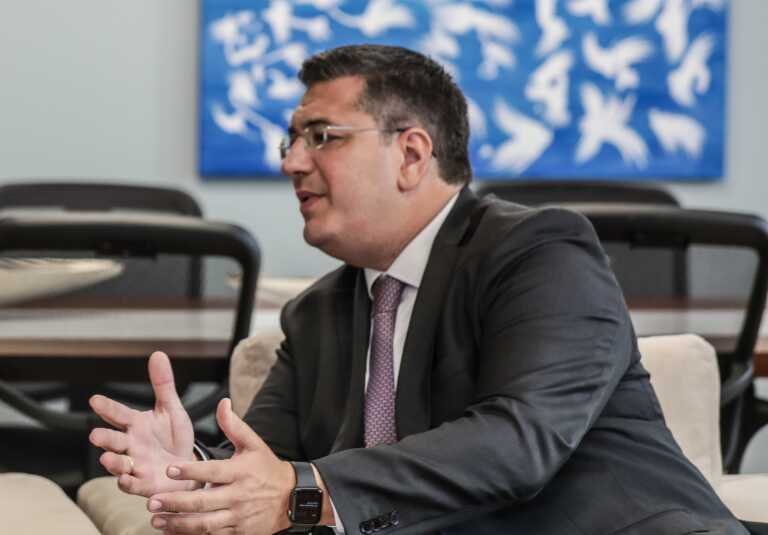 After the new challenge, with the Turks not allowing entry into their country, to Apostolo Tzizikostasthe Regional Governor of Central Macedonia returned to Greece.

On Sunday morning, with a modest post on Twitter, he informed that … finally good, all is well.

Just before 01:00 last night we landed at Elefsina airport together with my friend, Minister of Foreign Affairs, @NikosDendias. Thank you once again for your love and support. Finally good, all good. pic.twitter.com/L66SNDI5DT

Earlier, it was known that the issue of Apostle Tzizikostas now reaches the European Commission, with urgent question from MEP Maria Spyrakis.

“The unprecedented incident of entry ban and detention in Izmir of the governor of Central Macedonia, Apostolos Tzitzikostas, by the Turkish authorities, is added to the long list of the systematic violation of the rules of (the) international law by the neighboring country”.

“Turkey’s excuses no longer convince anyone,” he says and adds: “Turkish provocation and delinquency has exceeded all limits.”

“Full solidarity with the first vice-president of the European Committee of the Regions who was denied entry to Turkey to co-chair the Euro-Mediterranean Regional and Local Assembly – ARLEM,” Mr. Cordeiro said in a tweet.

“We thank the EU Delegation in Turkey for the support. This situation is simply unacceptable. I have asked the ARLEM Bureau to consider this at the next meeting with a view to an appropriate response,” he added.

Full solidarity to @EU_CoR First Vice-President @tzitzikostas who was denied entry into Turkey to co-chair the Euro-Mediterranean Regional and Local Assembly – ARLEM.

Thanks to @EUDelegationTur for the support.

Imamoglu “empties” the Turkish Authorities: “I will inform the public opinion”

In the meantime, the reaction of the mayor of Istanbul, Ekrem Imamoglou, to the provocative ban on entry into Turkey of Apostle Tzidzikostas was intense.

Speaking at the Open, Mr. Imamouglou emphasized that “I managed to get a very brief update on the incident that happened today from my friend Kostas (s.s. Bakoyannis). After seeing the details of the incident, I will inform both the public and all the Balkan cities tomorrow.” In fact, he himself recognized it as a “serious incident”.

Wrath of the Foreign Minister

The Turkish authorities called on the Greek Ministry of Foreign Affairs to give an immediate explanation from the first moment the incident became known.

“We unequivocally condemn the unacceptable and completely abusive detention and entry ban of the Governor of Central Macedonia by the Turkish authorities in Izmir earlier today.

We expect the relevant Turkish authorities to give an immediate explanation and call on them to take the necessary measures to avoid similar incidents in the future.

The Greek Embassy in Ankara, as well as the Consulate General in Izmir, were mobilized from the first moment by making relevant representations to the Turkish Ministry of Foreign Affairs”.

For their part, the Turks confirmed the incident, but… as reported by the Anadolu news agency, Apostolos Tzizikostas was detained by the Turkish authorities in Smyrna due to “technical problem”as there was a similarity of his name with a person who has been banned from entering the country!

According to Anadolu, the Turkish authorities informed Mr. Tzitzikostas that – after the problem is resolved – he could enter Izmir, but he refused and said that he has decided to return to Greece.

The article Apostolos Tzitzikostas: “All is well, all is well” – The episodic return from Turkey and the international reactions to the provocation was published on NewsIT .

OFFSHORE oil workers began two days of strike action on Thursday in a dispute over pay and conditions. Unite the union...
Read more