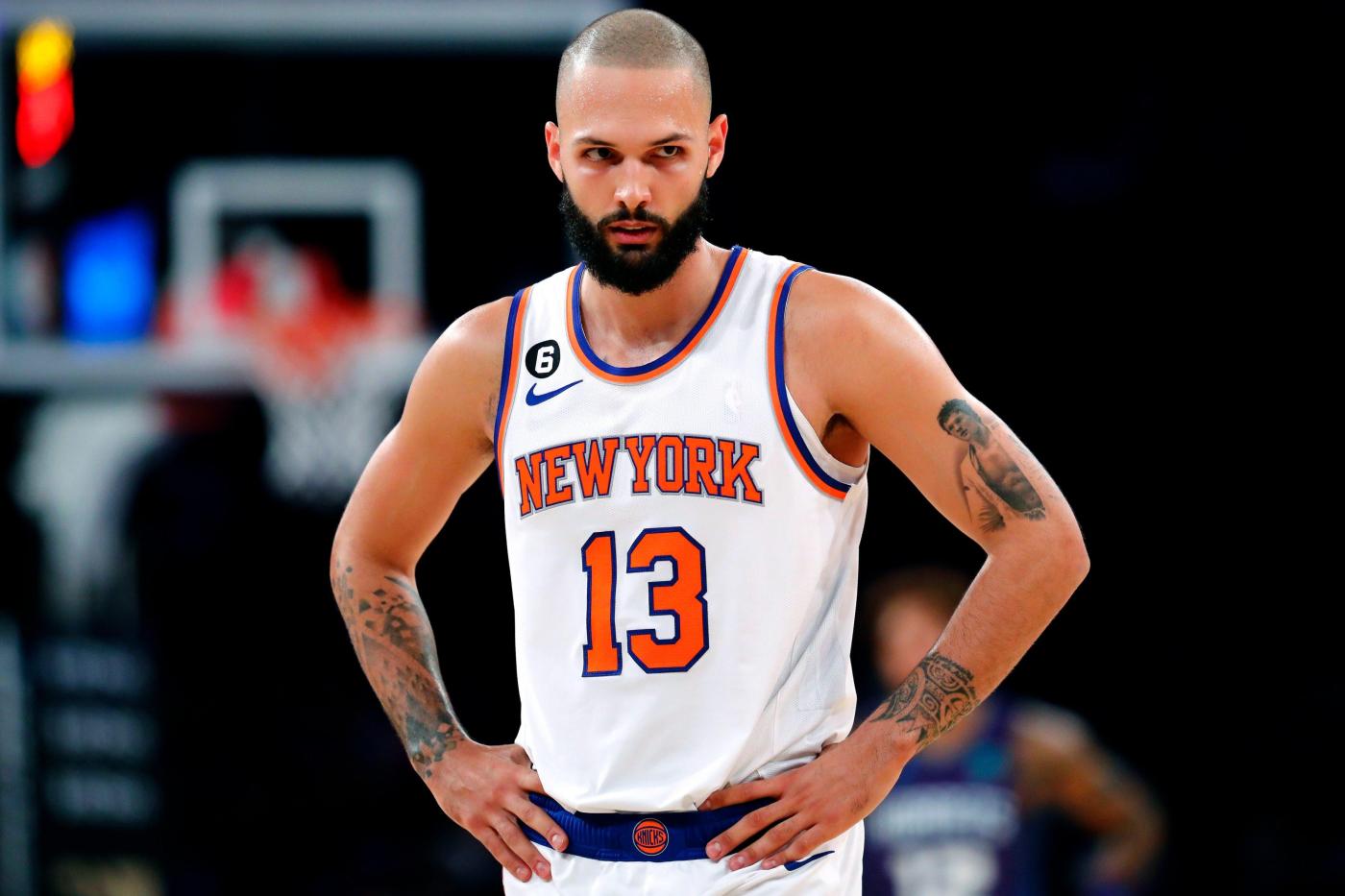 Tom Thibodeau’s shakeup left Evan Fournier out of the lineup with limited minutes Friday night, and the Frenchman – who only two summers ago represented the Knicks’ top free agency signing – said he took the demotion in stride.

“It is what it is. I’m in Year 11. So I know a lot of things can happen, ”Fournier said. “We see it every year. Last year with Kemba Walker [being removed from Thibodeau’s rotation]. So I’m going to do the best with what I have. Try to impact winning and be a good teammate. That’s all you can ask for. Just do my best. Be a pro and take it from there. “

Fournier was replaced by Quentin Grimes as the starting shooting guard for the victory over the Sixersand his minutes were cut to just 14 – Fournier’s lowest since joining the Knicks.

It was also the first time Fournier didn’t start in his 88 games with the franchise. The 30-year-old, who has two years and $ 36.9 million remaining on his contract, was informed of the move to the bench Friday morning.

Fournier’s working through the responsibilities of his new role.

“That’s what I’m going to have to figure out with a little bit more time. So I can’t tell you right now, ”he said. “Obviously playing with different players. I’ll most likely play small forward now instead of shooting guard. So it’s definitely going to be a few things.

The starting lineup has been an issue since last season for the Knicks, but the addition of Jalen Brunson was sold as a cure-all to the offense and structure. After encouraging signs in the opening four games, a three-game losing streak last week and Grimes’ recovery from a foot injury prompted Thibodeau to shift.

Fournier, who was shooting under 40% heading into Saturday against the Celtics, believes the demotion was more about uplifting Grimes than the lineup’s issues.

But Fournier also didn’t ask Thibodeau for an explanation.

“He doesn’t need to explain himself. He made a decision. We’re a team and have to move forward, ”Fournier said.

The Knicks won Friday but the new lineup was hardly effective. In fact, the Knicks were outscored by 20 points in Grimes’ 15 minutes. Thibodeau closed the comeback with Cam Reddish at the wing over Fournier and Grimes.

The 76ers unveiled a sculpture Saturday morning of Hall of Famer Dolph Schayes, a product of DeWitt Clinton High School in the Bronx and New York University.

Schayes played 14 seasons with the Syracuse Nationals – which moved to Philadelphia and became the Sixers in 1963 – and made the All-Star team 12 consecutive years.

The Honda HR-V is reintroduced and shows us its new hybrid...
Read more