A large number of teams with franchise QBs are near .500 entering Week 8. But the Chicago Bears are where they should be. – Boston Herald 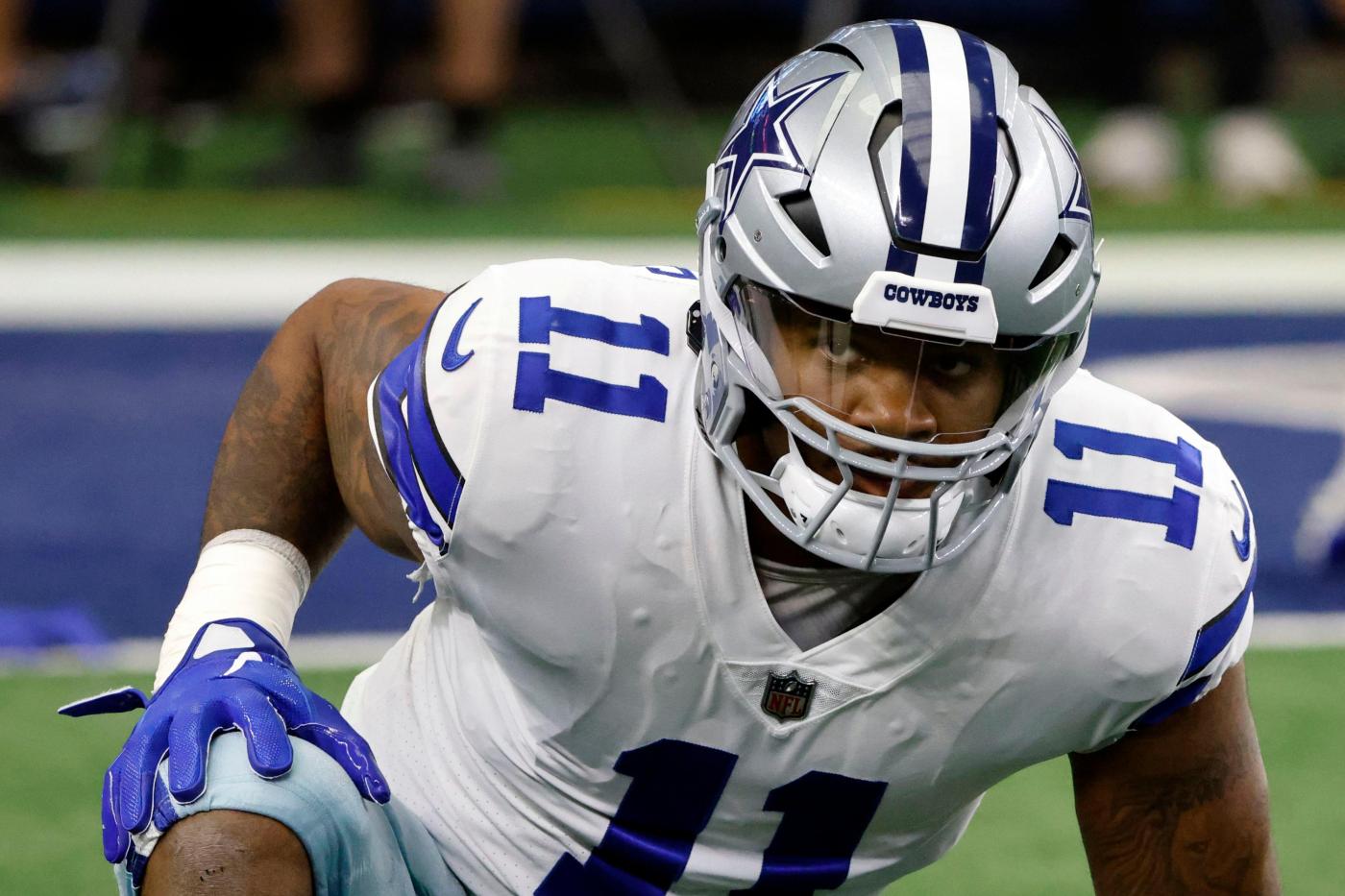 When Tom Brady said at the beginning of the month that there’s a lot of “bad football from what I watch,” he probably wasn’t envisioning his Tampa Bay Buccaneers being square in the middle of that discussion near the midpoint of the season.

The Buccaneers, who lost to the Baltimore Ravens 27-22 at home Thursday night, were one of 15 teams entering Week 8 at or within one game of .500, a large grouping of mediocrity that includes the Chicago Bears (3-4), Green Bay Packers (3-4) and both participants in Super Bowl LVI — the Los Angeles Rams (3-3) and Cincinnati Bengals (4-3).

The average total points per game entering this week is 43.4, the lowest figure since 2010. Scoring matters to the NFL. Rules have been tweaked over the years to favor offenses. Higher-scoring games generally promote better television ratings.

“We’ve looked at it in a lot of different ways,” competition committee chairman Rich McKay told reporters at the NFL meetings earlier this month. “Every statistical look that we’ve made, I’m not sure that we’ve found a good answer.”

Of course, the “poor quality football” Brady talked about has included lower-scoring slogs such as the Bears’ 12-7 loss to the Washington Commanders in Week 6 and the Indianapolis Colts’ 12-9 win over the Denver Broncos the week before. Those were prime-time snoozers that some chalked up to uneven play that can happen on Thursday nights.

What is particularly interesting about the teams in the middle of the pack is that it includes seven clubs that objectively have a franchise quarterback. Entering Week 8, that group includes:

You can debate whether Murray belongs on a list of franchise quarterbacks, but the Cardinals certainly paid him like one when they signed him to a five-year, $230.5 million extension.

“Why is having a franchise QB not the separator like it usually is,” one veteran personnel man said. “How are teams winning so many games with good-to-below-average QBs? The one thing that stands out to me is how many average-to-bad teams there are right now.”

There also are seven playoff teams from 2021 in the group — the Bengals, Buccaneers, Cardinals, Packers, New England Patriots (3-4), Rams and San Francisco 49ers (3-4). That is what really makes the cluster of mediocrity notable because so many teams hovering around .500 had much higher expectations when the season kicked off.

The Bengals look poised to take off after scoring 30 and 35 points the last two weeks following a bumpy start for Burrow, who was intercepted four times in Week 1. The Buccaneers appear to have completely lost their mojo. The Packers might have legitimate reason to panic, and the Rams have offensive line issues that are proving difficult to overcome with only one true weapon for Stafford in wide receiver Cooper Kupp.

The Chargers have been crushed by injuries. Jackson and the Ravens are trying to get by without a lot of help at wide receiver and with a defense that isn’t to its past standard. The Cardinals are hoping the recent return of wide receiver DeAndre Hopkins from a suspension will provide a spark for an offense that has been lacking an identity.

Meanwhile, the New York Giants are surging at 6-1 with Daniel Jones, who had the fifth-year option in his contract declined before the season. The New York Jets are 5-2 with Zach Wilson and Joe Flacco at quarterback. The Philadelphia Eagles remain with league’s only unbeaten team at 6-0 with quarterback Jalen Hurts making major strides. The Minnesota Vikings have a 2½-game lead in the NFC North at 5-1 with Kirk Cousins at quarterback.

“What teams that are playing well are actually doing what you expected?” one GM texted. “Buffalo and Kansas City and the list ends there.”

The Bears (3-4) can be encouraged to be where they are. The record isn’t a clear indicator of progress, but three of the four losses were one-score games, and take away two muffed punts by rookie Velus Jones Jr. from the Bears being maybe the biggest surprise in the league.

As it is, the vibe at Halas Hall is positive, and the biggest takeaway is a young roster is gaining a ton of experience as the front office and coaching staff evaluate which players fit in to the picture moving forward. Quarterback Justin Fields is coming off his best game of the season — 179 passing yards with one touchdown and 82 rushing yards and another score.

For general manager Ryan Poles and coach Matt Eberflus, the Bears are right where they need to be as they adhere to a rebuilding plan that was crafted at the start of the offseason. If Fields continues to make gains, the timeline for expecting the Bears to be in contention will speed up.

If the Bears can chase .500 in the month ahead — and they’re a 9½-point underdog heading to Dallas, and the Miami Dolphins will likely be favored at Soldier Field next week — it would be a positive sign.

“Certainly when you win there’s all this other stuff going on, but there’s distractions in that when you win. There’s a lot of so-called hype for a victory or two victories or three victories or whatever that might be. When you’re in the middle of a season, you have to keep everything in perspective.”

The Bears are in a good spot coming off a 33-14 dismantling of the Patriots. They’re in a decent position and not scuffling for answers like some of the teams around .500 that entered 2022 with massive expectations. That’s a good thing for Poles and Eberflus.

Information for this report was obtained from NFL scouts.

Micah Parsons, 6-foot-3, 248 pounds, is in his second season in Dallas after being drafted 12th in 2021. The Cowboys traded down two slots from No. 10 and still landed their man one pick after the Bears chose quarterback Justin Fields.

Parsons was named the defensive rookie of the year in 2021 and became the Cowboys’ first rookie to be named first-team All-Pro. He set a franchise record with 13 sacks and already has eight this season. He has three multi-sack games and leads the NFL with 36 quarterback pressures.

“Parsons is like Samuel L. Jackson at the end of ‘Pulp Fiction’ when he asks for his wallet and it says, ‘Bad Mother(expletive)’ on it. That’s him,” the scout said. “What’s remarkable about Parsons is you can make an argument that outside of Myles Garrett, he is the most refined and disruptive edge rusher in the league and he’s a linebacker. That’s how versatile he is.

“His traits are at such a high level that he can impact the pass game from multiple levels of the defense, starting with him as an edge rusher. He’s got an electric first step and he’s violent and fast with his hands and he’s got the lower body flexibility to dip and bend. His closing speed is ridiculous. He will run down any quarterback in the league, including Justin Fields.

“Dan Quinn has completely changed his profile as a coordinator from what he was in Atlanta and before that in Seattle with Cover-3 and has played zone defense and relied on the structure of the defense to win. He’s way more aggressive now, and they will scheme their front with Parsons and use him from the second level as a blitzer.

“It’s one thing to prepare for a dominant edge rusher and chip and keep the tight ends in and slide and move the pocket. Quinn can counter that and move Parsons all over, and that’s the problem. That’s made him a lethal weapon. I’d go after the rookie left tackle Braxton Jones first. Test him and see what the Bears’ counter is to that, but whoever is playing right tackle, the Bears better have a plan over there. How are they going to adapt?”

Read in detail what they provide zodiac signs for you for today Monday November 28, 2022. How will your day be? What...
Read more
Technology

TOURISM: After decades in the doldrums, Victoria Falls makes a roaring comeback

By The Citizen (SA) After decades of lolling in the tourism doldrums, Victoria Falls is making a...
Read more
World

Read in detail what they provide zodiac signs for you for today Monday November 28, 2022. How will your day be? What...
Read more
Technology

TOURISM: After decades in the doldrums, Victoria Falls makes a roaring comeback

By The Citizen (SA) After decades of lolling in the tourism doldrums, Victoria Falls is making a...
Read more
World

In the night from Sunday to Monday around 02:30, agents found a suspicious package in front of a building on Spuiweg in Dordrecht....
Read more
World