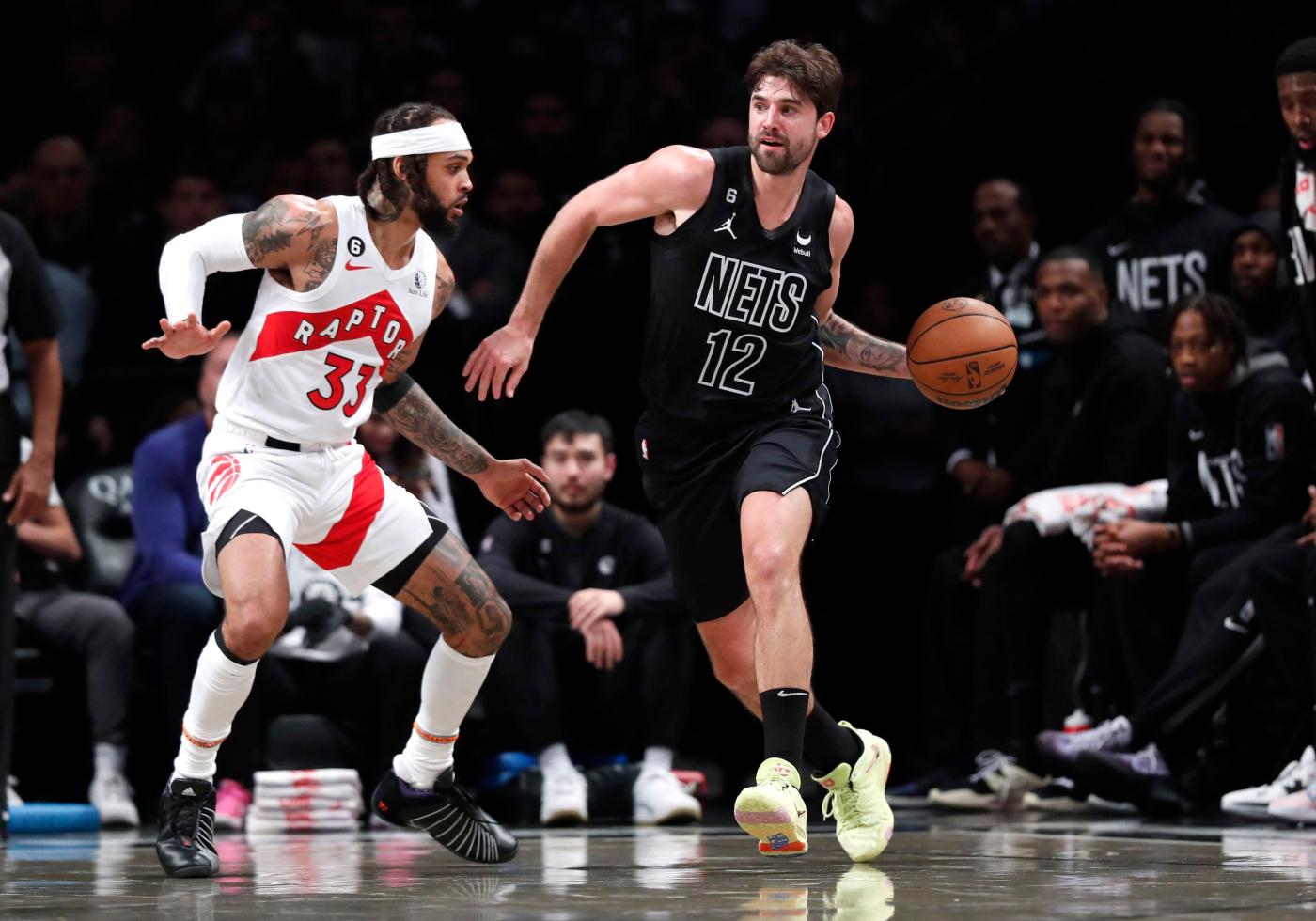 This is what it looks like when Brooklyn’s Big Three is firing on all cylinders.

Kevin Durant shooting over defender after defender. Kyrie Irving contorting his body di lui with the ball in his hands, either in mid-air or in mid-crossover. Ben Simmons crashing the boards and pushing the pace, finding shooters in transition.

And the Nets eeking out a close-call victory over a quality opponent.

After getting absolutely embarrassed in their season-opening blowout loss to the New Orleans Pelicans – a team Irving decreed a championship contender “for the next few years” – the Nets strung together a winning performance in their 109-105 victory over the scrappy Toronto Raptors on Friday.

It was a quality victory given the blitzing defense of a Raptors team that made life difficult for all three Nets stars at different points of the night.

“They’re a very unique team. The type of athletes they target for their program, the length, their versatility. The way they can put pressure and it looks like they’ve made a real commitment to pressuring full-court and pressuring catches in the halfcourt and lots of areas that they’ve always done, ”head coach Steve Nash said before the game.

“They’re very aggressive and they’re also just an excellent team at reading and reacting, scrambling off the ball. They can speed people up, they can take them out of their action, they switch a lot which also takes you out of actions so they’re a unique opponent defensively and offensively as well. They just try to spread you out and penetrate and kick and play from there. Great challenge for our guys. “

Durant, for example, missed all five of his first shots and didn’t make his first field goal until midway through the second quarter. But when it rains, it pours. After going 0-of-5, Durant made eight of his next 13 shots and finished with 27 points to go with six assists and four rebounds.

Irving finished with 30 points in a quality performance against a stingy Raptor defense that threw bodies at him left and right. He came alive in the fourth quarter, stringing together three straight plays to keep the Raptors at bay: a side-step three evading Fred VanVleet; a turnaround fading and-one jumper over OG Anunoby; and then a mindblowing punch-pass to Simmons for an assist at the rim.

And after a back-and-forth game of runs with leads swinging in each direction, the newest Net hit the biggest shot.

Royce O’Neale hit a three with 14 seconds to go in the fourth quarter to give the Nets a 108-104 lead the Raptors couldn’t overcome. O’Neale was 1-of-6 from the field before hitting that shot. Nash kept O’Neale in the starting lineup even though sharpshooter Joe Harris returned from his bout with ankle soreness on Friday. Harris played 18 minutes and hit one shot in his return.

Raptors All-Star Pascal Siakam finished with a game-high 37 points in a triple-double performance that also included 11 assists and 13 rebounds.

The Nets recorded their first win of the season, but it gets tougher from here. They will hit the road to face the Memphis Grizzlies on Sunday, then hike up to Milwaukee for a game against Giannis Antetokounmpo’s Bucks right after.

From a kitchen utensil, as everything shows, it started fire in an apartment in the center of Athens, in the area of Colonou,...
Read more

From a kitchen utensil, as everything shows, it started fire in an apartment in the center of Athens, in the area of Colonou,...
Read more
Europe

The traffic in Valkeakoski bored his employee