DeMar DeRozan’s last-second 3 rims out, sending the Chicago Bulls to a 102-100 loss to the Washington Wizards. 7 takeaways from the defeat. 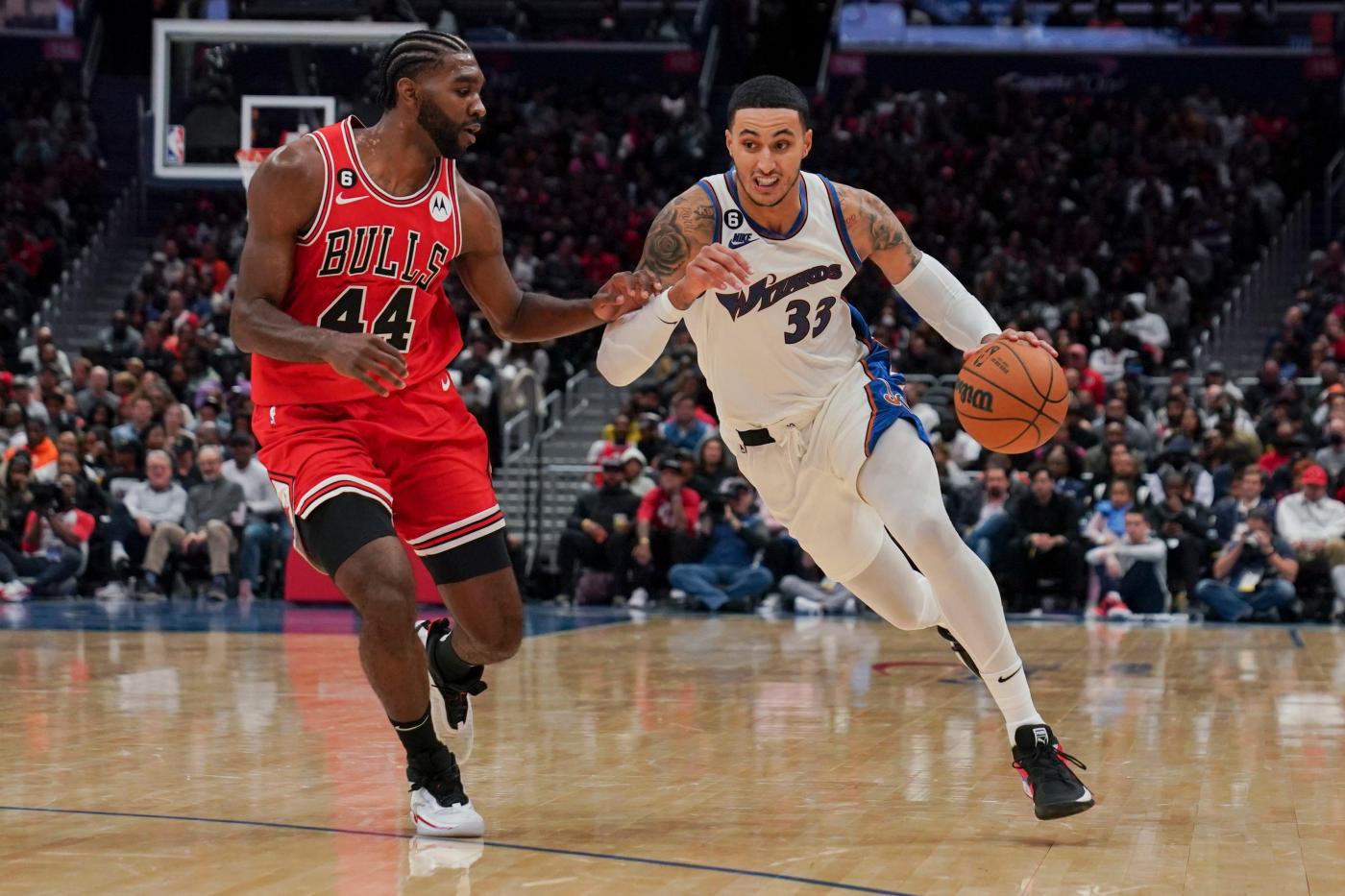 The Chicago Bulls suffered their first loss of the young season Friday night, falling to the Washington Wizards 102-100 at Capital One Arena.

DeMar DeRozan missed the potential game-winner from the top of the arc in the final seconds, ending the Bulls’ comeback attempt from a 17-point deficit.

The Bulls (1-1) played without Zach LaVine for the second straight game as the All-Star guard manages a lingering left knee injury.

Here are seven takeaways from the game.

When DeRozan reentered the game with seven minutes left Friday, it felt reminiscent of a fond memory for the Bulls – New Year’s Day, when he dropped a 3-pointer for the second night in a row to win a tightly contested matchup on the same court .

DeRozan delivered his standard magic, scoring 12 points in seven minutes, stealing the ball for a fast-break dunk and hitting tying free throws and jumpers. But the Wizards had an answer in Beal, who scored 11 of his 19 points in the fourth quarter to fend off the Bulls’ rally.

Beal and DeRozan traded tying and go-ahead baskets in the final two minutes, with Beal’s bank shot with 7.4 seconds left putting the Wizards ahead. DeRozan’s final attempt – an open 3-pointer from the top of the arc – rimmed out, allowing the Wizards to escape.

“Obviously he made those shots his entire career,” coach Billy Donovan said. “It didn’t go in. But to me this was a game where we struggled to shoot the ball. … And I thought (Nikola Vučević) and DeMar carried us in that first half offensively. It just wasn’t a great offensive night for shooting, but we hung in there. “

Despite a confident start from the Bulls, the Wizards grabbed control of the game in the second quarter with a 14-0 run. The scoreless stretch mostly took place while DeRozan was on the bench, highlighting the importance of the All-Star.

Nikola Vučević finally snapped the run with a 3-pointer, and DeRozan helped to jump-start the offense with a vicious dunk on the following play. But the Wizards put together another 9-0 run to start the third quarter, forcing the Bulls to spend the rest of the game chasing the deficit.

“We’ve got to understand that a team is going to go on runs but we can’t let it bleed over to 17 points,” DeRozan said. “That’s just a tough deficit to come back from on the road. Once we realize that it’s a six-point run, we’ve got to eliminate it from there. “

The first half was a blueprint of how to use the center most effectively – keeping Vučević active off the ball, setting up mismatches through screens and then exploiting to either score near the rim or draw fouls. But the Bulls didn’t sustain that style of play through the second half.

Vučević scored 15 points in the first half but only nine in the second, six of which came off free throws. Drawing fouls off mismatches was a key to Vučević’s production – he went 12-for-12 from the line, a career high.

LaVine missed his second straight game as he manages a lingering left knee injury after undergoing arthroscopic surgery in the offseason. LaVine is expected to start Saturday in the home opener against the Cleveland Cavaliers but will continue to sit out a game in any back-to-back in the next month.

Alex Caruso filled in again in the starting lineup, but the guard can’t match LaVine’s offensive production. Caruso scored three points and added an assist and three rebounds, a far cry from LaVine’s 20-plus points per game.

5. Another solid game from Coby White

White provided double-digit scoring off the bench for the second game in a row, supporting a stagnant Bulls offense with 10 points. On a night when none of the Bulls starters finished with a positive plus-minus, White was one of the most consistent players on the court, ending the game with a plus-17 rating.

Although White made two 3-pointers, he wasn’t reliant on his presence from behind the arc to make a difference. This is exactly who the Bulls need White to be – an energizing presence off the bench who can kick-start the secondary rotation.

The Bulls went to the line 33 times while the Wizards had only 11 free-throw attempts. The 27 points the Bulls earned off free throws helped them keep pace despite an otherwise off-kilter night of finishing.

The Bulls shot only 41.8% from the field and 25.9% on 3-pointers, struggling to finish for long stretches that allowed the Wizards to make runs.

Williams continued a pattern of hesitancy on both ends of the court.

The third-year forward scored seven points, which was an improvement from his four points in the opener against the Miami Heat.

Williams struggled to handle the defensive assignment against Kyle Kuzma, allowing the forward too much space and at one point falling to the court as he tried and failed to keep up with him around the perimeter. Kuzma scored 26 points to lead the Wizards.

Most concerning for the Bulls was the lack of presence from Williams around the rim – he had only two rebounds, grabbing a lone offensive board in the third quarter.

The Bulls need Williams to score more. But if his shots of lui aren’t falling, Williams needs to at least consistently provide backbone around the rim. If he can’t shore up that part of his game, his place di lui in the starting lineup could be in jeopardy.

A vulgar tweet from Ravens quarterback Lamar Jackson, lashing out at a fan questioning his value, went viral after Sunday's 28-27 loss to the...
Read more

A vulgar tweet from Ravens quarterback Lamar Jackson, lashing out at a fan questioning his value, went viral after Sunday's 28-27 loss to the...
Read more
Europe