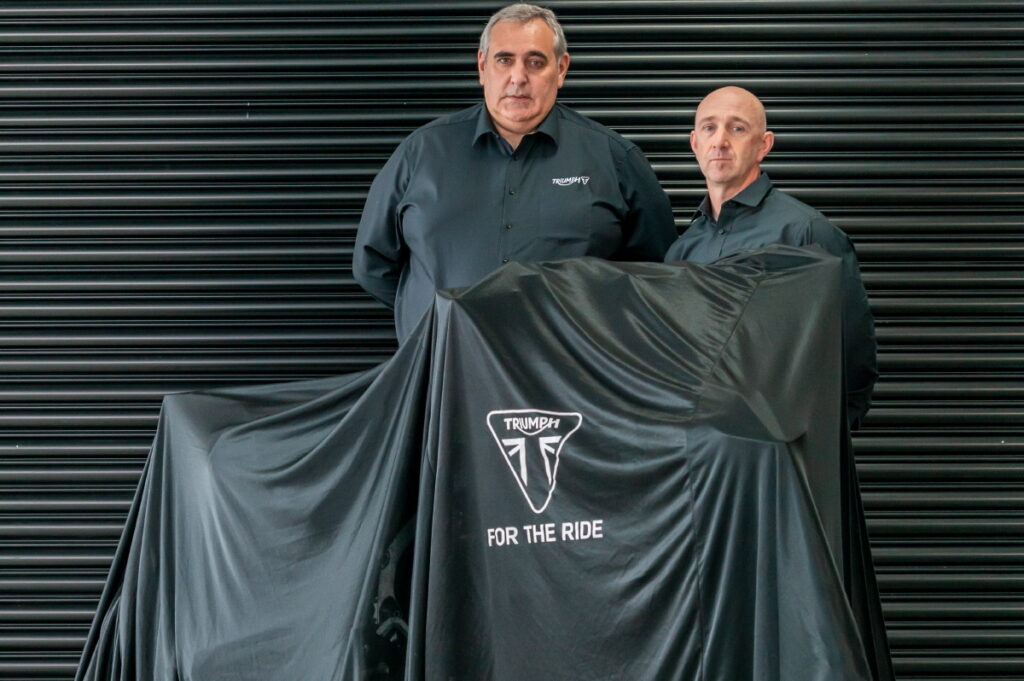 Triumph took to MXDN at RedBud to announce plans for its off-road arrival. The English brand will arrive in MX2 in 2024 then in MXGP in 2025 with the official structure managed by Thierry Suzonni, the ex-boss of Kawasaki KRT alongside Vincent Bereni (ex-technical manager Kawasaki KRT).

We will come back to this announcement in more detail, but first, it should be remembered that Triumph is launching its official “Triumph Racing Team”. The English factory relies on the expertise and experience especially of Thierry Chizat-Suzzoni to manage the structure. Initially, it is the MX2 category which is on the program for 2024 before arriving in MXGP in 2025. Thierry will be able to rely on the know-how of Vincent Bereni who was also at Kawasaki with Romain Febvre in particular the last year to complete this project. The official team will be based in the premises of Thierry Suzzoni who had kept the post-Kawasaki structures in Eindhoven in Holland. Triumph assured that their dirt bikes and enduros were at an advanced stage. No photo has yet been unveiled on machines that will be developed 100% by the English.

“Our new partnership with Thierry demonstrates Triumph’s long-term commitment to competing at the highest level of racing. We share a passion for performance at world level, and the experience that Thierry and his team will bring will prove invaluable in our ambition to leave our mark on a very competitive championship. Our entry into the Motocross World Championship with a factory-backed Triumph Racing team marks a historic moment.

“Triumph is committed to building a motocross bike and competing in the FIM Motocross World Championship. I am happy that my team will become the official Triumph Racing team in MX2 and MXGP. Nick Bloor and the Triumph board have made their long term ambitions for the project clear and I see huge passion from everyone at the factory. I’m happy with the progress on the bike, it looks great, has speed on the track and Vincent and my team are working with the engineers at Hinckley to make it a competitive package for entry into the MX2 championship in 2024. I am very happy to be back and can’t wait to race with Triumph. 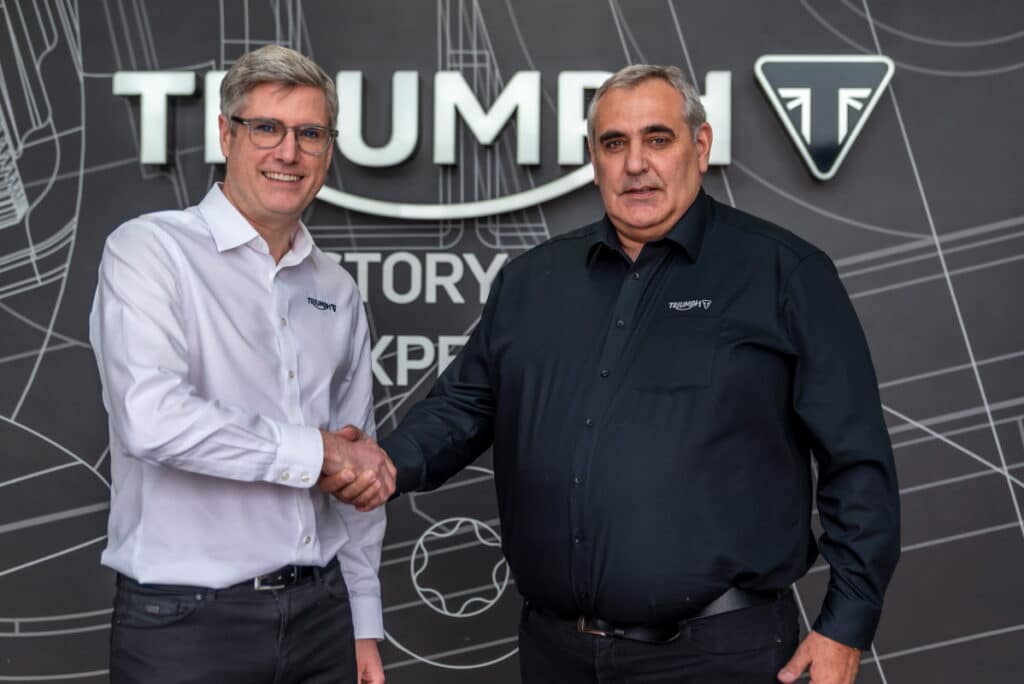 “I’m really excited about today’s news. It’s been a long time coming. Since starting this project with Triumph, I’ve been amazed at how hard everyone has worked. We must not forget that the entire R&D and engineering group that went into the development of the bikes did an absolutely incredible job. From the early stages of the prototypes I was really amazed at the quality of the performance, since then being in the UK testing the latest developments I can tell you it has the capabilities to win at the highest level and Personally, I think riders, from professional to amateur, across the full range of off-road models, are going to really like what has been developed!

» That’s excellent news ! Probably one of the most important of recent years. Infront Moto Racing will welcome a new manufacturer to the MX2 and MXGP World Championship. We are talking about one of the most iconic motorcycle brands in the world. Triumph will join our championship from 2024 with a full program in the MX2 and MXGP categories. This is a very important announcement and a fantastic sign of the interest and importance of MXGP on the international motorsport scene. Over the past 20 years, MXGP has grown and established itself globally. With an average of 19 events per year, it offers the best platform for manufacturers to develop their bikes, components and advertise them worldwide. From Asia to South America to Europe, MXGP covers all the different markets and reaches most off-road fans in the world. It is with great pride and excitement that we welcome Triumph to the MXGP and we wish them much success in the years to come and great competition with the other factory teams already present! »