What recourse do you have if your flight is canceled this summer? 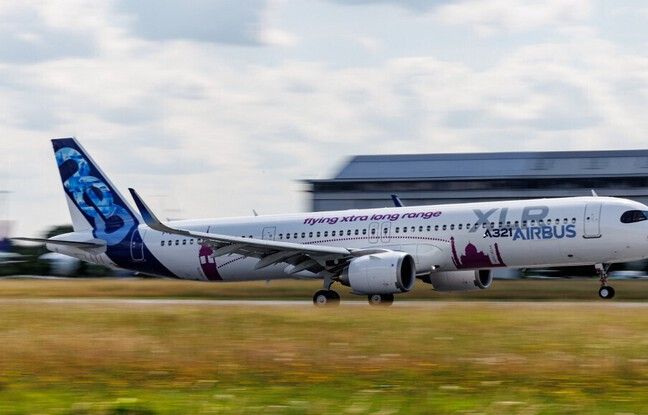 The threats of strike and fears of an air personnel shortage multiplying for this summer, the holidays are looking chaotic to say the least in the sky. Many planes could be grounded in July and August, and if you’ve booked a ticket for this summer, get ready to play some Russian roulette.

You might as well get used to it, your flight has a risk – more or less – of being canceled. But in that case, beyond the tears for your trip, what about your money?

Is my flight refundable if canceled?

Yes, yes and again. European regulations number 261/2004 establishes that the consumer has the right to choose between reimbursement of his ticket or re-routing in the event of cancellation of his flight. Note therefore that “the airline cannot refuse you a refund by justifying itself to offer you a credit note on a future flight instead”, insists Khalid El Wardi, Secretary General of Mediation Tourism and Travel. This regulation concerns all flights departing from Europe, whatever the destination or the airline, and also all flights to Europe within a European company. Example: if you fell for Doha just to see your favorite influencers, your Doha-Paris will be refunded in the event of cancellation if it was planned on board Air France, but not with Qatar Airways.

Technically speaking, it is the airline company to take all the steps and contact you to offer you a refund or a new flight. But Khalid El Wardi wants to be realistic: “This is done rather on a case-by-case basis for the companies, and you should not hesitate to contact customer service in the event of a proposal that is dragging on. »

To this reimbursement of the price are added “additional indemnities” if the company cancels less than two weeks before departure and does not propose a reorganization allowing you to arrive at your destination four hours after the time initially scheduled. Count 250 euros for a flight of less than 1,500 kilometers, 400 euros for less than 3,500 kilometers in altitude, and 600 euros beyond this distance.

What if I did not go directly through the flight company, but through a site or an agency?

It doesn’t change anything, the flight company is still required to reimburse you. Please note that it is only required to reimburse you for the price of the flight, and not the costs sometimes associated with going through this type of site. Again, the company is supposed to contact you on its own initiative, but if it does not, you can either use the agency as an intermediary or contact the airline directly, even if you have not paid the theft on his site.

Are my hotels/car rental and such reimbursed with my flight?

So fine, your Paris-Venice is refunded, but if it’s so that you can’t cancel the 1,000 euros rental of the AirBnb a stone’s throw from Saint Mark’s Square, that only solves part of the problem. Technically, you can be reimbursed up to 4,500 euros for additional costs. But in fact, “the carrier is only responsible for so-called predictable damage from its cancellation: it will therefore generally seek to clear customs and say that it is in no way responsible for the purchase of the hotel , car rental…”, says Khalid El Wardi. Says more clearly: “Expect tough negotiations if you want to get your money back, and victory is far from guaranteed.”

Obviously, the later the flight is cancelled, the easier it is – or less difficult in any case – to win the case. “It will be easier to demonstrate the impossibility of adapting and canceling the hotel with a flight canceled 6 hours before departure than with a cancellation dating from three months ago”, notes the expert. Only simple case in this micmac: in case of passage by an agency all-inclusive which takes into account plane + hotel + activities, everything must be refunded to you in the event of cancellation of the flight.

Monza, the purchase of Icardi is not impossible but the contribution of PSG will be necessary

Adriano Galliani in the past few days he spoke with Wanda Nara the possibility of reporting Mauro Icardi in Italy to include him in...
Read more
Technology