this Friday, honor to industrial metal with Ministry and NIN 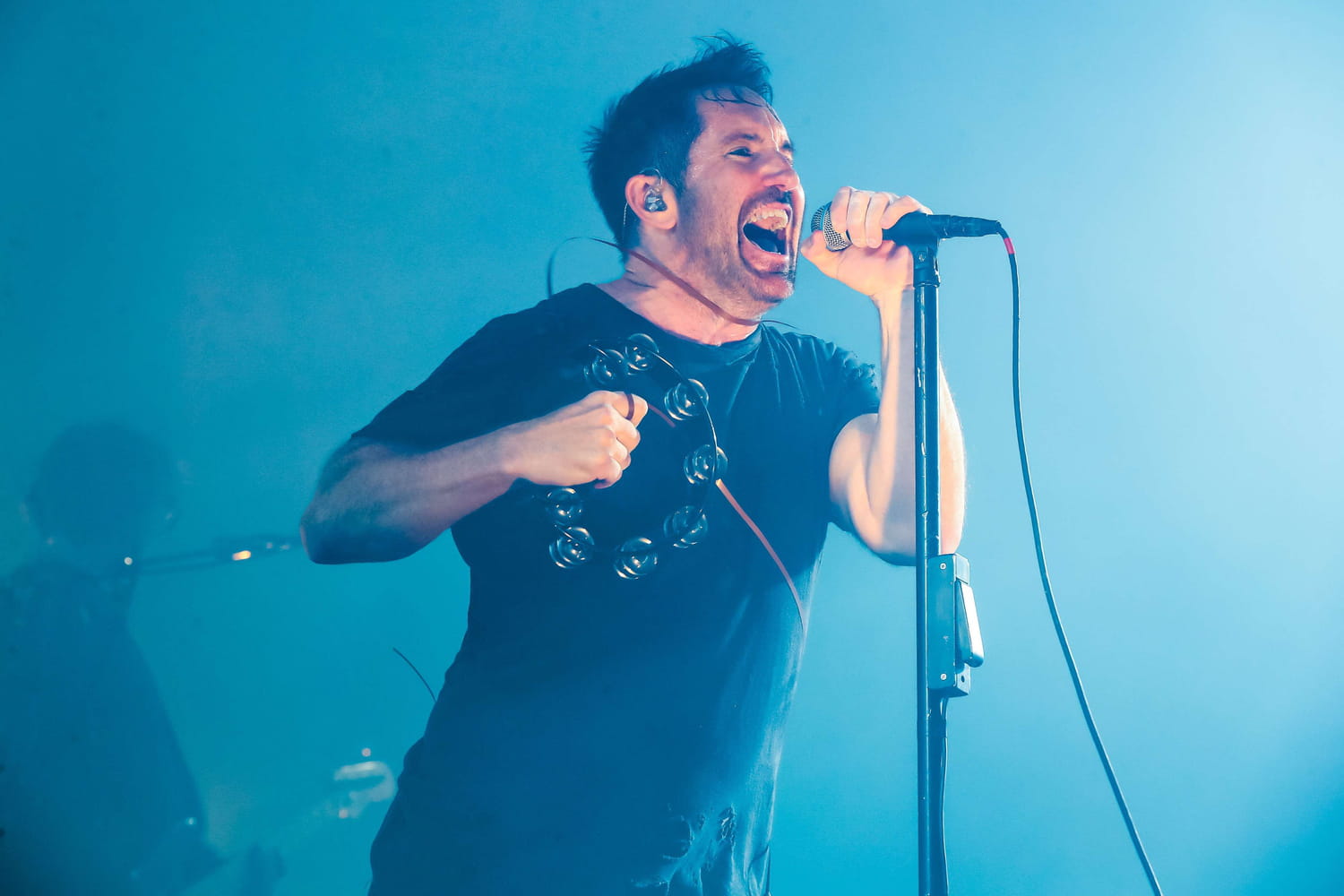 HELLFEST. This Friday, June 24, the second day of Hellfest Part II, if the weather turns bad in Clisson, the bands parading on stage are worth a detour. Nine Inch Nails, Ministry, Megadeth… Overview of the programming.

[Mis à jour le 24 juin 2022 à 13h40] The 2022 vintage of the double-edition of Hellfest offers festival-goers exceptional groups, real behemoths of the metal scene such as Metallica, Guns N’Roses, Megadeth, Alice Cooper or Nine Inch Nails. And even if these mythical groups are aging, on stage the show is 100% guaranteed! What shouldn’t be missed from the program of the extreme music festival this Friday, June 24?

On the Mainstage 1we will absolutely not miss the passage of the group Ministry, American group which is one of the founders of the neo industrial, originally from Chicago, at 8:35 p.m.. Then the founding father of industrial music, Trent Reznor, will make his long-awaited appearance at 11:15 p.m.with his group Nine Inch Nails. Still on Mainstage 1, let’s mention the popes of post-punk and godfathers of the industry: the British Killing Joke at 18 hours. Finally, on the trash metal side, those who weren’t present the first week won’t miss the return of Megadeth at midnight 50 on the Mainstage 2 to end the day! The latter revealed the release of their new album The Sick, The Dying… And The Dead! for September 2.

Festival-goers are eagerly awaiting the Big Five of metal, namely Scorpios Thursday, June 23, Alice Cooper and Nin Inch Nails Friday, June 24, Guns N’ Roses Saturday, June 25 (with the initial line-up: Axl Rose, Slash and Duff McKagan) and Metallica Sunday, June 26 to close the festival in style, show followed by fireworks. For the little anecdote, this last legendary group, which has never come to Hellfest until now, would have won “the biggest fee in the history of the festival”, the amount of which, however, we will not know.

To summarize this second long weekend of Hellfest, from Thursday 23 to Sunday 26 June, Airbourne, Megadeth and Killing Joke will be present alongside, “in order of appearance”, Scorpions, Wardruna (with a show specially put together for the occasion), Helloween (in full), Rise Against, Nine Inch Nails (for a unique service in Europe), Ministry, Alice Cooper, bad religion, Guns N’ Roses (for the first time in Clisson with Axl Rose, Slash and Duff), Nightwish, Black Label Society, Avatar, Sabaton, bring me The Horizon, Mercyful Fate and so, Metallica which will end these 7 days of madness in style” announced the organizers in a press release. Find the names of all the groups in our complete line-up by day below:

350 groups are spread over 7 days for this double-edition of the 15th anniversary of Hellfest in 2022, with new groups that have joined the party in February, April and June, to replace the cancellations. Discover the complete line-up of the second part of Hellfest in detail below, by stage with order of appearance:

Find your program of concerts among those that occurred simultaneously on the 6 stages of the double-edition of Hellfest 2022. Hellfest Running Orderin other words, the schedule of group passage timesis available on the official festival website: download the Hellfest 2022 running order updated a fourth and final time. The artists are displayed there in chronological order, which allows the confrontation of the concerts which occurred at the same time on different stages.

Hellfest has chosen the company Weezevent for the implementation of the bracelet as the only means of payment at the bars and food stands of the festival. On site, more than 40 stands offer food of all kinds, even for vegetarians, not to mention the many bars for beer and muscadet lovers.

Accustomed to offering this service, particularly at competing festivals, the company enjoys a reputation as a quality service provider in this exercise, which largely justifies this decision. More than just paying for drinks, the Hellfest wristband also serves as an entry pass to the festival. On the festival-goer side, we greatly appreciate this device called Cashless.

Thanks to the bracelet, many were able to let loose freely in improvised choreographies without risking losing the money kept in their clothes. When the credit of the bracelet is exhausted, it is enough simply to recharge it with the volunteers of the festival. Finally, notice to festival-goers for whom there is money left in the bracelet after the festival, you have the possibility of having it reimbursed from your online account from June 27 to July 10, 2022. After this date, your balance will automatically be reallocated to the development of the artistic and cultural project of the Hellfest Productions association. Pre-load | All about the Cashless wristband.

Good news ! Despite the closure of the Hellfest ticket office for a year now, there are still 260 passes left for Hellfest Part 2 from June 23 to 26, 2022, to buy online, at a fair price, on the official Hellfest resale platform: TicketSwap. You can get the passes per day (Thursday, Friday, Saturday or Sunday) or the pack for 4 days. On the other hand, the Transport resale is no longer possible and the Easycamp resale was closed this Wednesday, June 22 at 8 a.m.

As a reminder, the only official resale platform is @TicketSwap and the prices are regulated!

Do not hesitate to report this kind of offers on sites like Ebay, Viagogo or others and above all do not buy the places of these crooks!#hellfest pic.twitter.com/RqAnsjnoOn

How to buy tickets on TicketSwap? Is it reliable?

The official ticket purchase and resale site Ticketswap allows you to buy or sell 1-day, 3-day or 4-day Hellfest passes (with or without bus or train). The tickets put on sale are secured thanks to Secure Swap. It is possible to resell or find a pass for private sale to a friend or in public. To make a sale, all you have to do is send your pass in PDF. Ticketswap reissues it for the buyer, at an additional cost, with a new PDF (therefore new barcode and new name of the buyer). The seller’s pass is then invalidated.

By going through Ticketswap to resell your ticket, “you will support the festival and will undoubtedly make people happy for next year”, explained the Hellfest team. Warning: it is strongly advised not to refer to any other ticket resale site since the organizers have indicated that it is the “one and only resale site approved by Hellfest”.

Notice to festival-goers who come by car, it is no longer possible to park on the roundabouts or sidewalks of Clisson, nor on the RD 149 which is closed. Thus, to park, you will have the choice between two car parks:

For those who are not lucky enough to attend the 2022 edition of Hellfest, Arte Concert, which has signed a partnership with Hellfest for the fifth consecutive year, is broadcasting certain concerts in replay for several months. The concerts broadcast on Arte Concert are also accessible in replay on the Molotov channel, from the application on computer, iOS Where android. Meet on the platform d’Arte Concert to discover the program of recordings.

Join the ConversationWe invite you to use our commenting platform to engage in insightful conversations about issues in our community. We reserve the right...
Read more
World

Camping is fun, but there are also people who live permanently on the campsite

Linda Akkermans writes three times a week about what is on her mind.
Read more
Technology

Join the ConversationWe invite you to use our commenting platform to engage in insightful conversations about issues in our community. We reserve the right...
Read more
World

Camping is fun, but there are also people who live permanently on the campsite

Linda Akkermans writes three times a week about what is on her mind.
Read more
Technology

Patras: 60-year-old died after a wasp bite in Ities – PatrisNews

Women’s Football, new season dates: Serie A kicks off on 27 August, B and Primavera on 18 September

Only a few days left before the introduction of professionalism in the top women's championship, an epochal turning point that will officially kick off...
Read more
Load more
Facebook
Instagram
LinkedIn
Pinterest
Tumblr
Twitter