possible resignation? His future not yet decided 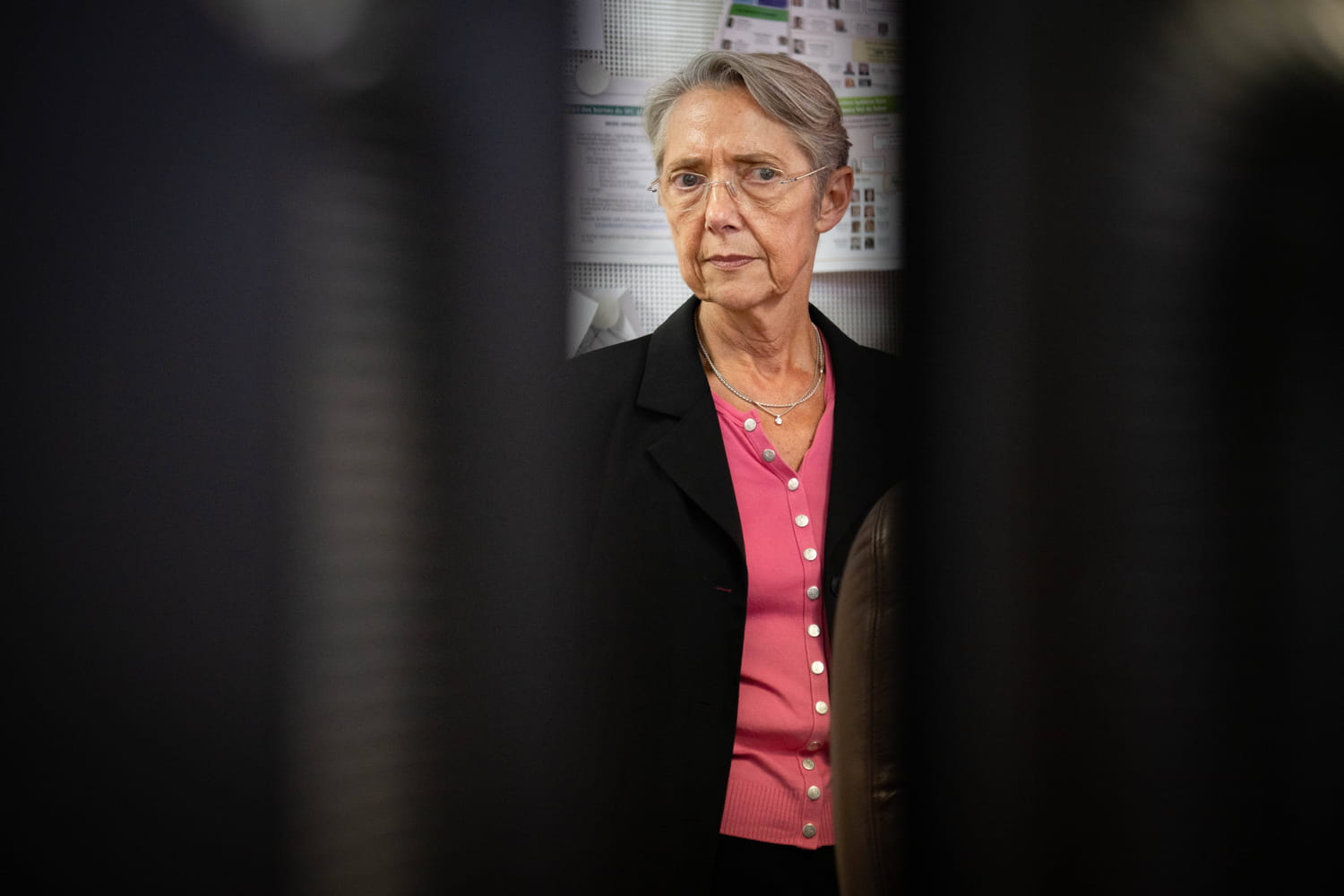 Elisabeth Borne. Jostled and appearing in the hot seat, Elisabeth Borne tries to regain control under the fire of critics. A resignation of the Prime Minister does not seem to be on the agenda.

She is in the hell of Matignon. Much earlier than expected. Barely more than a month after her appointment as Prime Minister, Elisabeth Borne is at the heart of an unprecedented political turmoil. It must be said that the head of government, whose appointment has led to a certain number of criticisms, finds herself at the head of a ministerial team which does not have an absolute majority in the National Assembly. This is not a first, but the equation is much more thorny than in 1988. But while the pressures are increasing on the tenant of Matignon, she affirmed, Thursday June 23, not “[se] ask this kind of question. I can tell you that I am in action.”

Erased since the announcement of the results of the legislative elections, overtaken in the media and in political management by a Emmanuel Macron who has sought to regain control in the face of the current parliamentary situation, Elisabeth Borne wants to assert herself and clings to her function as Prime Minister. While she was only due to meet them next week, the former member of the Philippe and Castex governments receives, this weekend, the presidents of the various parliamentary groups in the National Assembly. As Emmanuel Macron did, she also talks with the living forces of the National Assembly to discuss how each party intends to register during the five-year term: setting up a coalition with one or more parties, or text-by-text negotiations?

Elisabeth Borne seeks to assert herself as “political” Prime Minister

Her interviews, if they should allow her to obtain initial answers, are also an opportunity for Elisabeth Borne to fully fit into her costume as head of government and to try to put forward a political profile that no one recognizes him, she who is always described as “techno”. “I don’t know what that means ‘technical'”, she evacuated on LCI Thursday. “Does that mean locked up behind my desk? It’s the complete opposite of who I am. My goal is to provide the best answers to the French people and my belief is that it’s done through dialogue.”

A dialogue that, in such a situation, no one seems to be able to conduct better. Despite a François Bayrou who seems to want to lather the board of the Prime Minister – “The times demand that the Prime Minister be political. That we do not have the feeling that it is the technique that governs the country but on the contrary the deep feelings which are expressed in the people”, he declared on France Inter -, no politician from Emmanuel Macron’s camp appears to be providential to lead the negotiations. Enough to make the President of the Republic think about a possible dismissal of Elisabeth Borne, who could also be badly perceived in public opinion, less than two months after the appointment of a woman to Matignon, expected for 31 year.

Although she seems particularly under pressure and refuses, at this stage, to say whether or not she will submit to a vote of confidence from the deputies, Elisabeth Borne could however keep her place as Prime Minister. At least once. Because according to certain advisers of the talkative executive in the columns of Figaro, the refusal of the Head of State would betray his desire not to renew Elisabeth Borne rue de Varenne. What is certain is that the international agenda of the Head of State obliges the Prime Minister and her team to remain at work for several more days. And after ? Is Elisabeth Borne on an ejection seat?

The refusal of Elisabeth Borne’s resignation appeared to be an unexpected decision on the part of the President of the Republic. However, several elements could justify the choice of Emmanuel Macron. Starting with the desire of his head of government to remain in office to be able to carry out some hot issues. “The Prime Minister pleaded to stay in order to have the tools to deal with the situation and the emergencies of the French, which we could not do with a resigning government and in the management of current affairs”, indicates the entourage. from the Matignon tenant to World. Among the topics of the moment that Elisabeth Borne would like to advance: the revaluation of the point of index of civil servants, the extension of the car bonus, the launch of the flash mission on emergencies in the hospital or even texts related to Parcoursup.

Faced with all these files, Emmanuel Macron would not want to have a “prevented” government because of his status as a resigner. A status that could have lasted, while the future ministerial team takes shape. Because the Head of State does not like to rush. He made this clear after his re-election, taking three weeks to appoint his new government. If he had accepted the resignation of Elisabeth Borne, haste would have dictated his choices because, from Thursday, Emmanuel Macron will no longer be in France: Brussels on Thursday, Munich this weekend for the G7, then Madrid at the start of next week, indicates The Parisian. However, “Macron cannot fly abroad leaving the country without Prime Minister and government” notes an adviser to the daily. Thus, Emmanuel Macron renewed his confidence in Elisabeth Borne. True choice or coincidence?

Elisabeth Borne was appointed Prime Minister by Emmanuel Macron on May 16, 2022, after weeks of speculation following the latter’s re-election on April 24. The Head of State had assured a few days before this appointment that he wanted by his side “someone sensitive to social, environmental and productive issues”, a personality “embodiing both ‘renewal’ and at the same time time ‘someone solid, capable of doing 20 hours in front of fifteen million viewers and of holding in the cauldron of the Assembly, during questions to the government'”, also said the entourage of the head of state. All with “an asserted ecological sensitivity because Emmanuel Macron has promised to appoint a ‘prime minister in charge of ecological planning'” (Le Monde).

Elisabeth Borne thus imposed herself as the one who ticked the most boxes in this equation. It even became obvious in the very last days before his appointment, especially after the outcry provoked in the majority by the hypothesis Catherine Vautrin, former minister of Nicolas Sarkozy who had fought against marriage for all during the quinquennium by Francois Hollande.

Who is Elisabeth Borne? Express Biography

Before being appointed Prime Minister, Elisabeth Borne was Minister of Labor in the Castex government, after having held the portfolios of Transport and Ecological Transition since 2017. Relatively little known to the French, which can constitute “an asset” in her new functions, it was however “more so than were Édouard Philippe and especially Jean Castex” when they arrived at Matignon.

A graduate of Polytechnique, a tenacious technician, deemed loyal, Elisabeth Borne is in any case perceived by Macronie as having proven herself in government throughout the last five-year term. This former chief of staff of Ségolène Royal, who was also prefect and director of large public companies such as the RATP, also has the merit of belonging to the left wing of the majority, an asset in the run-up to the legislative elections and the he hour when new social reforms are announced, starting with “the mother of the battles” on pensions.

On this day, July 4, 18 years ago, the National team of Greece of football wrote the most golden page in the history...
Read more
Europe

Active outgoing market for Juventus. The bianconeri would be looking to thin out the squad and then finance incoming shots such as that...
Read more

On this day, July 4, 18 years ago, the National team of Greece of football wrote the most golden page in the history...
Read more
Europe