NFL: The biggest remaining questions until the start of the training camps 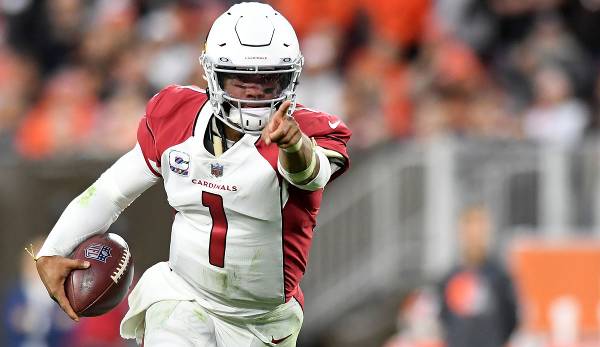 Will Kyler Murray extend with the Cardinals? Are the Panthers and Seahawks really going into the season with their current line-ups, and what about the prominent receivers who are still awaiting signings? We look at the most burning questions in the NFC.

NFL: The Biggest Unanswered Questions of the NFC

After we have already dedicated ourselves to the AFC and the most important still open questions prevailing theretoday we look at the NFC – the conference that provided the two youngest Super Bowl winners with the Rams and Bucs.

NFL: Will Kyler Murray and the Arizona Cardinals come to an agreement?

Undoubtedly, the biggest topic of this Arizona offseason was Kyler Murray’s contract dispute. And the way it happened.

Without much warning, Murray shaved his Instagram account extensively early in the offseason and unfollowed the Cardinals. What nobody would have cared about a few years ago is making waves today and is generally taken as a clear signal.

But for what actually? For being offseason? For being dissatisfied with something? Because you urgently want a new contract? The latter may have been the point with Murray.

His agent Erik Burkhardt then made it clear by saying nothing but a sent an open ransom notein which he suggested that the organization should finally pay its clients.

A move that came as a surprise at the end of February, especially since Murray is only eligible to sign a new contract this summer. Relatively little has happened since then, there is no new contract and negotiations between the two parties do not seem to have gotten too far.

After all: Murray is now following the Cardinals again on Instagram and even appeared at the mini camp, which some players with contractual wishes elsewhere skipped in protest.


NFL: What are the Cardinals up to?

But the big question remains: What are the Cardinals up to? Your previous reluctance in this personnel at least suggests skepticism about your young quarterback (24). As Burkhardt correctly noted in his letter, Murray has made the Pro Bowl twice in three seasons and was named the AP’s 2019 Offensive Rookie of the Year.

What has also been the case with Murray so far is his tendency to level off towards the end of the season. In 2021, the Cardinals reached the playoffs for the first time with him and head coach Kliff Kingsbury. But after a terrific 7-1 start to the year, only four wins went the rest of the way – just two of them with Murray at the helm, who had sustained an ankle injury and missed three games.

It should be clear that this wasn’t just down to Murray himself. Rather, it had to do with how dependent this offense as a whole is now on wide receiver DeAndre Hopkins. Like Nate Tice from The Athletic As aptly put it recently, Murray played at the level of MVP Aaron Rodgers at .19 EPA/dropback in ten games with Hopkins. In four games without him, however, the Cardinals QB more closely resembled Davis Mills (-0.11 EPA/dropback).

You can find more about EPA and other advanced stats here!

A circumstance that does not bode well for the coming season due to the six-game ban for Hopkins after a doping offense. But for the Cardinals, the main question at this point is whether Murray is a risk factor here, especially when you think about keeping him long-term.

What if Hopkins misses more games in the near future? The 30-year-old has been seen as an example of consistency up until now, but first he has to prove that his pre-season, which was shortened due to injury, was just an outlier. And Kingsbury needs to prove that without Hopkins, he can field an offense where Murray is better than the Texans’ workaround.

And it is precisely these factors that could ultimately lead to waiting for Murray’s fourth year and only then deciding on his long-term future.

Whether Murray will do it after the stunts this offseason is another matter. However, this personality still promises a lot of explosives on the way to the training camp up to the regular season.

Share
Facebook
Twitter
Pinterest
WhatsApp
Previous articleCiryl Gane sees herself as a “flag bearer of French MMA” before the UFC fight night in Paris
Next articleWho is Charles Brennus, the creator of the shield offered to the champions of France for 130 years?

The police released today (01.07.2022) the information and photos of the 46-year-old coach martial artswho is accused of sexually abusing his female student...
Read more
French

In Tuesday's newspaper, there was a picture of four people in power in a blue suit. ...
Read more

The police released today (01.07.2022) the information and photos of the 46-year-old coach martial artswho is accused of sexually abusing his female student...
Read more
French

Today the biggest cycling event in the world starts again: the Tour de France. For sponsors this is an excellent opportunity to...
Read more
Movies