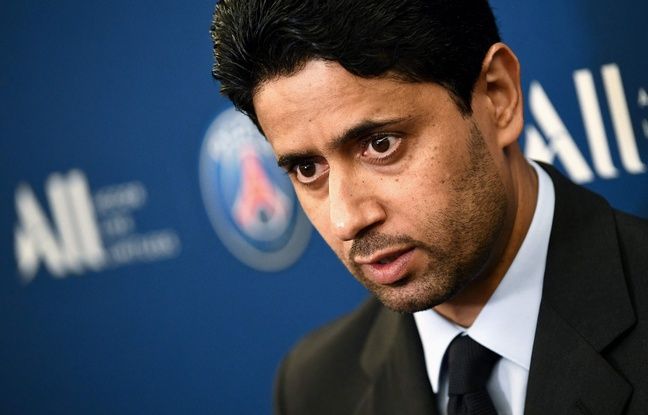 The president of beIN Media and Paris Saint-Germain, Nasser Al-Khelaifiwas acquitted on appeal Friday by the Federal Criminal Court of Bellinzona (Switzerland), as he had already been at first instance, in a TV rights case.

During the hearing before the Appeals Chamber in March, the prosecution had requested 28 months in prison against Mr. Al-Khelaïfi as well as 35 months against Mr. Valcke, accusing them of having established a “corrupt arrangement” in the back of FIFA, falling under “unfair management”.

In this part, by far the most publicized of the two cases tried in Bellinzona, the prosecution believed that Mr. Valcke had monetized his support for the beIN channel in exchange for a luxurious villa on the Sardinian Emerald Coast, bought for him. 5 million euros at the end of 2013 by a company briefly owned by Mr. Al-Khelaïfi.

The former secretary general of the Fifa had requested the help of the Qatari leader to finance the “Villa Bianca”, a few months before the signing in April 2014 of a contract between beIN and the world football body relating to rights in North Africa and the Middle East of the 2026 and 2030 Worlds, recalled the prosecution.

But as in the first instance, the Court of Appeal found that FIFA had not suffered “damage” – a point legally necessary to establish unfair management. beIN has indeed signed a very advantageous contract for the body by paying 480 million dollars for the two editions, or 60% more than for the 2018 and 2022 Worlds, when the channel was alone in the running.

“Today’s verdict is totally justified. After a relentless six-year campaign by the prosecution – which each time ignored the fundamental facts and the law – our client has, once again, been fully and completely exonerated”, reacted Me Marc Bonnant, l one of the Qatari leader’s three lawyers, in a statement sent to AFP.

In the second case, Jérôme Valcke was accused of having received 1.25 million euros from Dinos Deris to promote the obtaining of media rights in Greece and Italy for several World Cups and of having registered these bribes under the term “loans” in its accounts.

Share
Facebook
Twitter
Pinterest
WhatsApp
Previous articleHamilton Accies field trialists in friendly win: We run the rule over them
Next articleMurder in Koukaki: “I drank some beers, she told me she would leave and I hit her” – PatrisNews

Chaos at airports: An entire industry is failing right now

The only perpetrator of the radical Islamist attacks in and near Paris in November 2015 who was caught, Salah Abdeslam, has been sentenced...
Read more

Chaos at airports: An entire industry is failing right now

The only perpetrator of the radical Islamist attacks in and near Paris in November 2015 who was caught, Salah Abdeslam, has been sentenced...
Read more
Business

They detected the first case of the Ómicron BA.5 subvariant in Argentina

In Argentina there was a wave of COVID-19 by Ómicron BA.1 last December and January. Another by Ómicron BA.2 in April and May (EFE/Juan...
Read more
French