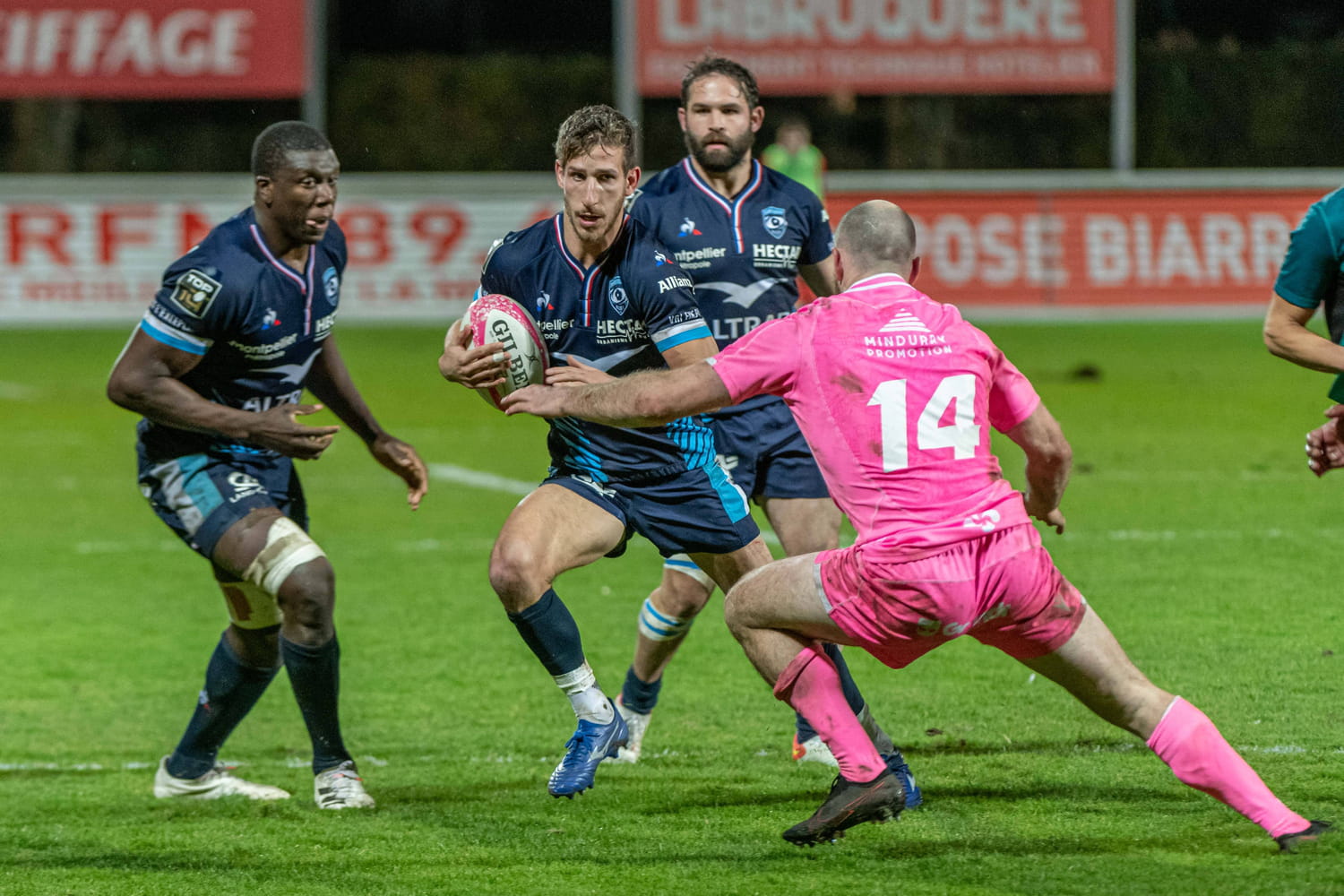 After dismissing the French champion Toulouse, Castres intends to end his season in style but for that, he will have to defeat another returning Montpellier. Two teams that resemble each other furiously and promise a bitter battle in the final of the Top 14.

Fans of champagne rugby, polished passing and glitter, go your way. “It’s not just the rugby of great flights, there is also a rugby of culture, values, territory. It is certainly different but just as exciting”, agrees David Darricarrère, the coach of the Castres three-quarters. Tonight, at the Stade de France, it is this other type of rugby that will be honoured, no less noble but much more laborious, closer to the original essence of this bell-bottom sport where the combat of the forwards is set up as an art. , where character trumps talent. A men’s rugby where to hold his line, advanced at impact will be as important as crossing the defensive line. “This final is the apology of the defense. On each side, we have two safes, two totally hermetic defenses”, analyzes Imanol Harinordoquy. But this final is not at a discount and opposes, it must be remembered, the two teams having finished first and second in the regular phase of the Top 14. A challenge at the end of this marathon that is the French championship of which only the strongest and most deserving come out unscathed.

Come back from afar

In this little game, Castres came out the best, achieving a cannonball end to the season. Indeed, the Tarnais have won their last 6 matches and have scored 32 points on average over the last four, almost double their standards in the second leg. Pierre-Henry Broncan’s men are on a mission. Last week again, they were able to hold their own during the first 20 minutes when Toulouse went wild, before gradually outsmarting the French champions and gaining ground by the strength of their forwards and the precision of Urdapilleta. The “little one” never doubted, convinced of his strength, admittedly rudimentary, and of his destiny. A destiny that took shape when Broncan was called to the bedside of a CO in bad shape in the fall of 2020. The manager was able to remobilize his group where work ethics and experience are mixed. “Castres is a club that is used to not making noise but to working while remaining humble while keeping its objectives in mind. This team is making its way by being very united and without worrying about what is said “says Florent Vanverberghe. “We have good experience in this group which knows what it wants and has depth. We are determined and we know what we want deep down even if we remain humble”, abounds Thomas Combezou. This ambition is to win and to raise this Brennus shield again, like four years ago. “It’s starting to get far”laughs the Tarn center, present four years earlier during the surprise title of the CO, against… Montpellier.
Like Castres, Montpellier has come a long way. Maybe even more. After the first wave of Covid, the MHR will hit rock bottom and experience a difficult season. A last time, the club will fight until the penultimate day to ensure its maintenance. “There is nothing better than playing the maintenance to forge the character of a group”assures Guilhem Guirado to Rugbyrama. As well as a European conquest. This title in the European Challenge has helped restore confidence in a collective that Philippe Saint-André has profoundly overhauled. With the former coach of the XV of France, the MHR has turned its back on its South African era and has built an identity. Returning to the edge of the field last season, he resumed these distances and left the keys to his assistants with certain success. Since January, the club has not left the first two places of the Top 14.

Guirado: “Ready to fire one last round”

“We are ready to fire one last shot for this final”, promises Guirado. A final which should be played on details between two twin teams. “We know that the conquest of Montpellier is XXL”notes Darricarrère but believes in the chances of his people. “Against Toulouse, there was a very good block opposite but, despite that, we were able to start the game and have our balls.” The Tarnais will once again rely on their generosity which allows them to react and compensate for their small mistakes. “It’s a very complete team that knows how to send play, but also, in weak moments, drop the ball at the foot. They have players who know how to do everything”warns, in Rugbyrama, Arthur Vincent who is wary of Castres. The native of Montpellier would like to help his club win its first national title and erase the painful memory of 2018 when the MHR, leader of the regular phase and favorite, had been bent by the Tarn momentum. “It’s a remake, nothing more. There is no particular emotion to be found in it”, evacuates Paillaugue. The emotion will however be very present when presenting themselves on the lawn of the Stade de France, with this shield of Brennus at hand. The last act of a grueling season where CO and MHR promise constant commitment and the expression of a certain idea of ​​rugby. The floor is up to the defences.

The semi-final between Castres Olympique and Montpellier Hérault Rugby will take place from 8:45 p.m., at the Stade de France in Saint-Denis.

The Top 14 final between Castres Olympique and Montpellier Hérault Rugby will be broadcast live in clear on France 2 and on Canal +, for subscribers to the encrypted channel.

The meeting between Mathieu Babillot’s Castres Olympique and Ghuilem Guirado’s Montpellier Hérault Rugby will be available for streaming on the Francetvsport and MyCanal platforms.

What are the compositions of Castres and Montpellier?

Here are push notifications for news! New free service for those with TMW APPs

Do you want to be updated on all the latest news? Activate the new ones TMW push notifications in your TuttoMercatoWeb App. ...
Read more
Business

She is a lesbian activist, mother and Catholic comedian: “No one is a single identity”

Elizabeth Castillo in the Congress hall where she was recognized for her work as an activist on June 28. (Photo: Manuel Velandia) “If we look...
Read more

Here are push notifications for news! New free service for those with TMW APPs

Do you want to be updated on all the latest news? Activate the new ones TMW push notifications in your TuttoMercatoWeb App. ...
Read more
Business

She is a lesbian activist, mother and Catholic comedian: “No one is a single identity”

Elizabeth Castillo in the Congress hall where she was recognized for her work as an activist on June 28. (Photo: Manuel Velandia) “If we look...
Read more
Sports

Most people like to downsize when they get older, but not Maggie and Mario Franco.This week, the pair listed their five-bedroom, six-bathroom house...
Read more
Hot News