“Me, I just wanted a gold disc, at the base”, confides Naps 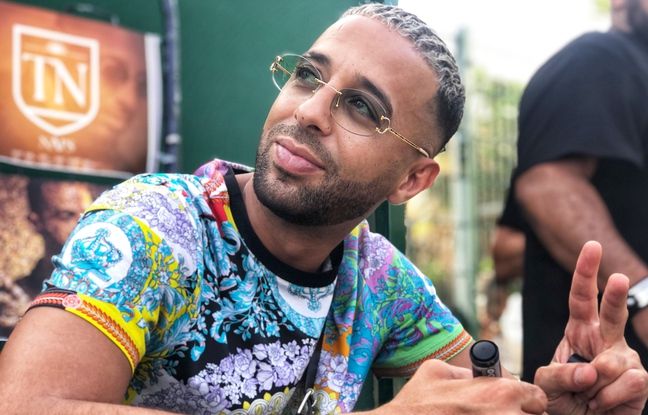 His titles explode records, with figures that make you dizzy. A year after its release, the official music video for The Kiffance peaks today 141 million views on Youtube. For his second hit, bestlife, with gims, same card, with 85 million views on the counter in eight months. 2021 has been the year of Naps, which has seen tremendous success. This Friday, the rapper is preparing to take a new step in his career: that of performing his first concert at the Dôme, at his home, in Marseilles.

And for that, Naps decided to mark the occasion, and not just anywhere. This Wednesday, the rapper went to La Castellane, in the 16th arrondissement, just before rehearsals for his concert, for a signing session for his freshly released new album, TN, in the heart of this district which is dear to him. Between two Capri-Sun, placed on the table of an associative local of the city which awaits it impatiently, Naps returns for 20 minutes on this whirlwind in which he is caught… and which he so wanted.

In what state of mind are you before your concert at the Dôme?

This is my first Dome. But that’s fine, for now, I’m not stressed. At the same time, I’ve been waiting for the Dome for a long time. I don’t feel the stage fright yet. But maybe the same day. I do not know. Either way, it’s a dream come true. I was in college right next to the Dome. I walked past it every day. Never, I told myself that one day, I was going to make a Dome. I have already climbed recently, as a guest, with Gims. It was something. Afterwards, it wasn’t like it was mine! I also remember going to see the Psy 4 de la Rime twice when I was younger, as a spectator. I didn’t even know them at the time. I long for this concert.

We imagine that surprises are planned…

There will be guests, but I can’t say all the guests. I can only say that there are going to be some nice surprises! Featuring, guests… And a great atmosphere!

Last year, you chained the tubes, in particular “La Kiffance”. Do you realize the success that is happening to you?

Not really. I realize it in relation to the infatuation. I am invited on TV sets now. It was not the case before! It took on such a popular dimension that it overwhelmed me. I saw it as a hit, but not like a big hit like that. It’s incredible. That’s it, it no longer belongs to me, the piece. It belongs to France, I want to say. And even more, because he has crossed borders.

Doesn’t the release of a new album after this series of hits put additional pressure?

Despite the success, you remain very attached to Marseille…

As I say in a song: “Normally, at this hour, I am in Miami”. But I love my habits too much. I love Marseille too much. I really like the neighborhood. This is where I recharge my batteries, in real life. Going on a trip, okay. But I don’t think I’m ready to leave Marseille. I feel good. I didn’t say I would ever leave. But, for now, it’s okay. Ultimately, maybe outside. But always next.

Besides, why did you decide to come to La Castellane?

La Castellane is like my second neighborhood. As an artist, I signed with 13e Art, and most of them are from La Castellane. And today, we still work together. I have my label but we are still associated. I had wanted to come back to La Castellane for a long time. It’s a neighborhood that has always supported me, from the beginning. And I owe them that. A million albums sold, but it all started in the neighborhood. We must not forget where we come from and be grateful. I also wanted to celebrate the million with them. And I also want to tell them that anything is possible. Me, I was like the little ones here. I hope this will give them hope. You can start from scratch and do something with your life. No matter where you come from, no matter the field, you have to give your all and you can succeed. There should be no barriers. That’s the thing.

Isn’t there an element of luck too?

I don’t know if it exists, luck. As Jamel says: “You’re out of luck, so grab it!” (laughs). You have to create it, luck. You are lucky. I think if you really give the means, you can do what you want. It’s up to you, really. And after, it is the public who validates or not. You can rap with Michael Jackson, you bring him back to life, that doesn’t mean you’ll break through (laughs). It’s mostly you. Me, I reached more than my dream. Me, I just wanted a gold disc, at the base. And today, a million albums later, even me, I tell myself that what’s happening to me is that more.

Share
Facebook
Twitter
Pinterest
WhatsApp
Previous article“We are no longer afraid of emptiness, we want to speak up when we have things to say,” says Oli from Bigflo & Oli
Next articleReady for a rainbow party in the streets of Oslo: – A skewed free minute

A 17-year-old was arrested for the robbery of three students and even inside the school yard in Caesariani. In particular, according to ERT, on...
Read more
French

Bobo Vieriin the long interview given this morning to Gazzetta dello Sportalso spoke about the affair linked to the renewal of Paolo Maldini with...
Read more

A 17-year-old was arrested for the robbery of three students and even inside the school yard in Caesariani. In particular, according to ERT, on...
Read more
French