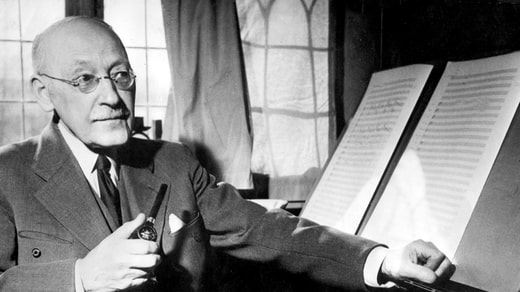 When Bruce Springsteen came to Gothenburg in 2003, eight years after he had shaken Ullevi, it was midsummer in Sweden. On the new songs he had with him, he could also remind of an aging Calle Schewen in a dreadful longing for a furry time. And the rumor was that he had gone out to Evert Taube’s Wing and danced “The Little Frogs”. Something that was considered proven by the nine-minute long and ecstatically roaring “Twist and shout” with which he ended the Ullevi concert. That the longing for uninhibited sensuality and collective experience that the Swedish midsummer activates has a strong relationship with rock music became completely obvious. A closeness that also makes the rock musician Ulf Lundell stop and be hypnotized on several occasions by Anders Zorn’s “Midsummer Dance” from 1897: “The most wonderful of paintings. The light. The music. The voices. A miracle of painting. ” he writes in “Weekdays 4”.

Six years after “Midsummer Dance” was completed, Hugo Alfvén responded during a summer stay in Skagen in 1903 to Zorn’s painting by composing “Midsummer Vigil. Swedish rhapsody for orchestra no. 1, Op. 19 ”. It is Swedish music’s most described, but in depth at least understood orchestral work, according to Tobias Lund who just in time for the 150th anniversary of Alfvén this year came out with the biography “Speltoken. Hugo Alfvén and the sound of the rose ”(Gidlunds) in which he illuminates the composer and his“ Midsummer Vigil ”in a completely new way. Lunds does not write it himself, but after reading his analysis, I connect the work, with its youthful excitement and increase of popular joy to collective cheers, with just rock music.

The source of inspiration as Lund highlights is the sprawling visionary reform movement that Alfvén was part of at the turn of the last century. The throbbing future dreams of a collective, down-to-earth and sunlit liberation brought forward by cultural radicals and utopians such as Ellen Key and Karl-Erik Forsslund, who in turn were inspired by Carl Jonas Love Almqvist’s original ideas about the countryside. The movement advocated an alternative and anti-urban modernization, was at the same time technology-optimistic, affirmed new art and worshiped the idea of ​​an all-encompassing love. Belief in the life force and sense of life was everything. It is this current of time that Lund sees as the “raw material” for Alfvén’s composition.

“Midsummer vigil” begins with a cheesy schottis at a dance lodge where the excitement increases until the smock wins; a screaming roar in the voices that almost foreshadows Stravinsky. When Alfvén conducted the piece in Barcelona in 1929, he is said to have told the Catalan musicians that it is about “the Swedish year’s biggest party, the night when the sun never sets, when it is loved in every bush, when you dance and poke around for so long there is something in the bottle, and then even the knife can shine in the fist ”. And that the introduction should be played “con molto acquavite nella gola” – with a lot of brandy in the throat.

But the drunken troublemakers in “Midsummer Vigil” is thrown out and the dance continues. A girl slips out of the lodge and is followed by a boy. Out in the midsummer night, “away from the noisy life, into the deep forest, where spruce and birch dream around the lake’s dark, immobile water”, according to Alfén himself. Here the civilized is now broken against the magic when the girl and the boy are tuned in by the sound of the forest, by the very hissing, and become pure nature in a minor dim light of light, before dawn comes. It is a recurring border zone in much Swedish and Nordic art and culture, vibrating with equal parts lust and trembling.

After the excursion follows the girl’s and the boy’s blissful return to the community at the lodge, in a “thunderous aftermath in major” which leads to the music landing in a wild three-bar, in the “Jössehäradspolska” which became known as early as the 1840s through the song “Värmlänningarna” . In his program for “Midsummer Vigil”, Alfvén writes about how the soles slam and the skirts swing in the final when “the sea’s wildest whirlwind” goes over the floorboards. It could be a description of “Twist and shout”.

Get Swedish composers has been loved and despised more than Alfvén, says Tobias Lund. From the burial in Leksand’s church on 15 May 1960, for which Alfvén himself had written the script, DN wrote: “All of Sweden sang goodbye to the jubilant Herald Alfvén.” And by the coffin stood “The king’s wreath to the king of music.” But the magazine Contemporary Music, the most important mouthpiece for contemporary Swedish composers, did not mention Alfvén’s death in a word.

A year earlier, Karl-Birger Blomdahl’s opera “Aniara” had also had its world premiere at the Royal Theater, the same stage where “Midsummer Vigil” had been premiered. In “Aniara” there is a distorted quote from the first four bars of “Midsummer Vigil”, which is to be performed “allegro e stupido” because it signifies an escape from reality and lying nonsense during the spacecraft’s midsummer celebration. In 1959, this could not be seen as anything other than a nidbild and a kick against Alfvén. Today we can add another meaning. Even the absurdist midsummer in “Aniara” has its moment of “Twist and shout” thanks to Hugo Alfvén.

LONDON -- Roger Federer said he hopes for one more chance to win Wimbledon, addressing his future once again as he spoke Sunday...
Read more
World

The Record Sport team discuss the Andy Goram's legacy after his passing and debate other hot topics such as the contrast in transfer activity...
Read more

LONDON -- Roger Federer said he hopes for one more chance to win Wimbledon, addressing his future once again as he spoke Sunday...
Read more
World

The Record Sport team discuss the Andy Goram's legacy after his passing and debate other hot topics such as the contrast in transfer activity...
Read more
Europe

Dimitra Matsouka: With a revealing one-piece swimsuit, she brought Instagram to its knees

The actress Dimitra Matsouka set out to… bring Instagram to its knees with her posts on her personal account. Shortly before finding herself again...
Read more
French

Gabriel Jesus at Arsenal, coach Arteta: “We have been looking for a forward like this for a very long time”