How does France’s leading water park cope with its huge expenses? 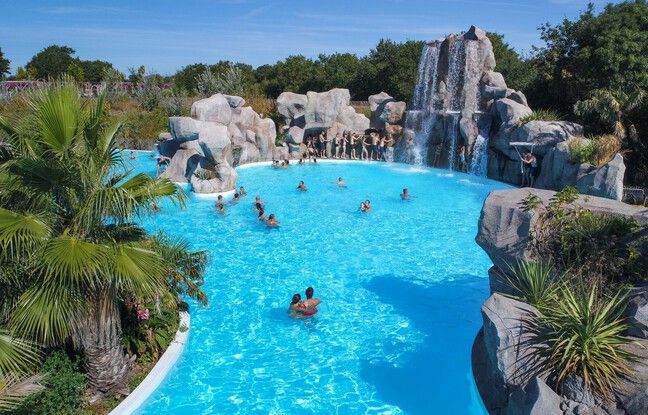 They are numerous on the Côte d’Azur and on the Languedoc coast, where the temperature regularly rises above 30 degrees in summer. But it’s definitely an hour’s drive from Nantes, in Vendee more precisely, that you have to look for the first water park in France by its attendance. Created in 2016 at BernardO’Gliss park welcomed more than 200,000 visitors before the health crisis thanks, in particular, to its 12 slides, its waterfalls, its lush vegetation, its activities for young children and its VIP areas bookable several weeks in advance. Having fallen to 168,000 admissions last year, the 7 hectare site hopes to find the crowd for this new season, its seventh, which begins on Saturday.

It must be said that the economic stakes are enormous for the owner. “We had invested 12 million euros for the opening of the park, but since then we have happily exceeded the 25 million euros spent. Each year, we reinvest nearly a million euros to improve the structures and the experience,” says Michaël Thibaud, founding director of the site. Several novelties are, again this summer, announced.

O’Gliss park also faces colossal fixed operating costs. “You have to heat the water, treat it. We are talking about 200,000 euros a year just to heat the water to 29°C. For the comfort of visitors, it is impossible to do without it. It is also necessary to count 50,000 euros for water consumption and just as much for electricity. Without forgetting the staff to supervise our visitors” This is why the park is only open two and a half months a year, in summer, when the sun naturally warms the atmosphere.

What about recipes? “The price list has changed very little because we are already on the high range compared to other parks, continues Michaël Thibaud. So we have to pay close attention to overconsumption of energy. We have an extremely advanced computer system that helps us optimize them. But this year, energy costs are rising sharply, which is worrying. We must also be particularly vigilant about personnel costs and the margins of the products sold. The ticket office represents 80% of the park’s revenue, services (drinks, catering, souvenirs, additional services) weigh, for the moment, 20% of turnover. “We would like this share to rise to 25%,” says the director.

To reduce its energy bill, O’Gliss park is studying the installation of an aerothermal heating system as an “alternative to fuel oil”. And to diversify its income, the water park is preparing a joint hotel project with the neighboring O’Fun park. The hotel establishment, which could open in 2023, would have around a hundred rooms.

The Congress Committee on the storming of the Capitol in January last year meets in a hastily...
Read more