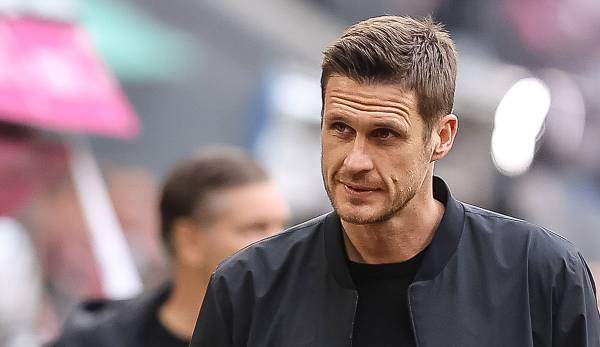 After a season clouded by numerous disappointments, Borussia Dortmund has announced a fresh start – and fills it with life early on through the transfers that have been made so far, some of which have been top-class. The new BVB sports director Sebastian Kehl must now also prove this talent on the tax side. A comment from SPOX editor Jochen Tittmar.

In the course of the past season, in which consistency was only achieved in the disillusionment category, those responsible at Borussia Dortmund realized that they wanted to strive for complex changes. Changes that don’t just affect the team.

It was foreseeable that another upheaval at BVB would require time and patience and could not be accomplished within just one summer. However, if you look at the newcomers that have been confirmed so far – well before the transfer window closes on September 1st – Dortmund have already filled the proclaimed new beginning with a lot of life.

On the one hand, this applies above all to the player purchases, which can be described as top-class almost across the board: Sebastien Haller (although not officially confirmed yet), Karim Adeyemi, Nico Schlotterbeck, Niklas Süle, Salih Özcan – they all bring enormous potential to eradicate the urgent necessities within the team: to change their dynamics, to give them fresh energy, to increase their resilience and ability to suffer and they are so short – to improve in the medium term.

How given this was and is is also shown by the fact that BVB opened the box wide for this. So far, around 90 million euros in transfer fees have been paid for these transfers, not to mention the long-term salary payments to the newcomers. Due to the income that was received from the sale of Erling Haaland and that could increase through further sales, the economic minus will ultimately be moderate at best.

The 28-year-old Haller, worth around 35 million euros including bonuses, is not only the most expensive purchase in the club’s history, but also a departure from the policy practiced by sports director Sebastian Kehl’s predecessor Michael Zorc in the striker segment: Under Zorc came in never seen a nine younger than 25 or cheaper than 21 million in this millennium. Unlike Robert Lewandowski, Pierre-Emerick Aubameyang or Haaland, Haller does not focus on subsequent financial gain.

The changes that took place outside of the squad should also not be ignored. With assistant coach Peter Hermann an old hand with a lot of experience will assist the young, still inexperienced head coach Edin Terzic. Shad Forsythe will also act as “Head of Performance”..

Everything to do with fitness should flow together with him, the American enjoys an excellent reputation in the field of injury prevention. Remember: the constant injuries were an integral part of BVB’s sporting misery last year. That leaves Laurent Busser, who was chief scout at Bayern Munich. The Frenchman will now use his network and eye for Borussia.

The fact that this multitude of commitments was wrapped up well before the start of the season on June 27th is close to the optimum and gives Kehl a first noteworthy interim report. The Westphalians have thus created a lot of planning security right from the start of the preparations.

Whether all of these cogs actually mesh is, of course, a completely different matter. After all, it is easy for any long-term observer to imagine that BVB, even with a largely renewed team, would lose an away game in Augsburg without much resistance.

However, Kehl now has to do it just as energetically unclear future of Youssoufa Moukoko clarify and, above all, address the urgencies on the delivery side. Dortmund’s squad is too big and the financial situation means that players have to leave the club before any further purchases can be made. There are a good half a dozen sales candidates, including some professionals who BVB hasn’t been able to get rid of for a long time.

Since a few of them have very well-paid contracts, there is a good chance that Dortmund will continue to sit on them. Here it could be true that the upheavals within the squad take several transfer windows. It would be helpful if Kehl showed the same talent in this respect as in the commitments in the coming weeks.

BVB: The new signings from Borussia Dortmund at a glance

Having closed the experience of Taranto prematurely, the DS Francesco Montervino is preparing to start again by descending from the category, to accept the...
Read more

Having closed the experience of Taranto prematurely, the DS Francesco Montervino is preparing to start again by descending from the category, to accept the...
Read more
Europe