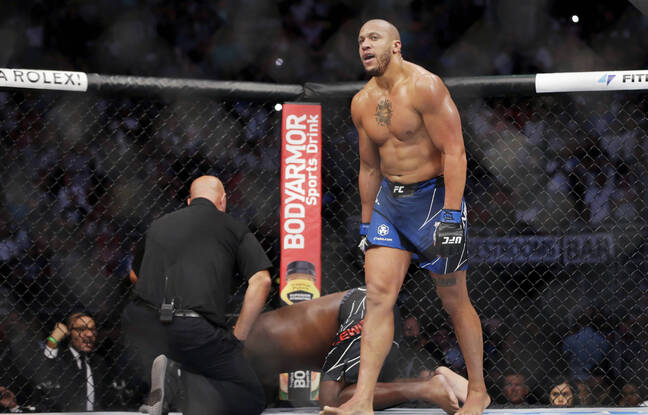 Almost six months after losing to Francis Ngannou during the fight for the UFC heavyweight belt, Ciryl Gane is ready to go back to the coal. That’s good, because a new major fight is looming for the Vendéen, against the Australian Tai Tuivasa. No title at stake this time, “only” the ambition to remain the number 1 challenger in the world rankings, but a major geographical challenge: for the first time, the UFC event (September 3) will be held in France, from side of Bercy. One small step for Ciryl, one giant leap for French MMA. Solid interview on his support with a very busy man.

First of all, what analysis do you make of your fight for the title lost against Ngannou several months ago? Have you identified areas of work?

Not a lot, because we weren’t disappointed by this performance. It’s not as if we had discovered any shortcomings. We talked a lot about wrestling, but what happened was more an apprehension of wrestling than the defense of wrestling in itself. It was more about how not to get caught, but here we are not talking about fighting, but about moving. In any case, I try to be the best possible fighter, the best possible version and I work in this direction.

How did you experience this first defeat? Was the disappointment immediate or did it take time to set in?

There is this slightly bitter side that stung me immediately after the result. But it was not a knockout, the result was almost a tie, there was nothing to be ashamed of this defeat. It’s not a trauma like I took a beating. As there was no knockout, it was easier to regroup behind, and today, things are going very well.

The big MMA news is this UFC event in France which finally materializes. How do you welcome him and do you regret that he did not arrive earlier, especially during your fight for the heavyweight belt against Francis Ngannou?

I would have liked it to happen earlier, yes, but well before my arrival. We would all have liked this sport to have been legalized for many years to accommodate MMA in France. Things mean that it’s only happening now, but in good timing for my career. Today, I’m kind of the flag bearer for France by taking part in the main event in Paris. Better late than never. It will be a success, I don’t doubt it for a second, and it will be good for French fighters, especially those who are a little more in the shadows and are less publicized. It will help them to sign contracts with the UFC a little more easily.

Precisely, what approach would you advise to these fighters who seek to be spotted by the UFC? Victory at all costs or above all a certain ability to put on a show? We know that this is an important detail to access the elite of MMA…

It’s a choice to make in relation to the style you have as a fighter. I have a slightly more airy, technical, strategic style. It’s something the fans really like. If you don’t have all that on the other hand, yes, you will have to go to the coal to show something pleasant and spectacular at the UFC. You have to come with another palette.

What image do French fighters have abroad, at the UFC? Are you famous for a particular style, like certain football nations, for example?

We in France have always been very good at kicking and striking. We have great fighters in kickboxing, English boxing or even Thai boxing. So I would say that basically we are more on striking, but little by little, we are also starting to perform on the ground. We have this wave of people of Daghestan origin, such as the Imavov brothers who arrived very quickly in France imbued with this extremely developed ground culture and a very good fight. So the tide is starting to turn or at least we are starting to be more and more versatile.

What kind of atmosphere do you expect for this event? A more novice audience than in the USA, for this premiere in Paris?

I expect a nice effervescence. They’ve been waiting for this for a long time. I think the tickets will sell out very quickly, and on top of that, I think people will be happy to attend the UFC in France. There will be a lot of excitement.

What should we know about a UFC event? What to expect when you go to see a gala live for the first time?

No need to explain anything to neophytes. I would just advise them to take their places and come see, that they come to learn on the job. They will quickly be taken by the game that is MMA. On a personal note, I know people who knew nothing about MMA and went to events for the first time feeling a little scared and who, in the end, got caught up in the game, got up from their seat and limit were in “coaching” and giving advice to fighters in action. It’s something that takes the guts and it arouses emotions. Even a neophyte who is not aware of all the technical palettes of MMA takes pleasure in fighting.

As you said at the beginning, MMA took a long time to be legalized and is still in its infancy here, what would you say to preach for your parish and reassure the skeptics?

Already and in all simplicity, MMA brings together a set of sports that have been legalized for a long time: judo, English boxing, wrestling, sports that are already in the Olympics. So I don’t see why we would ban a sport that combines all these sports into one. Yes, there are strikes on the ground, but if we rely on the experts we realize that they are much less powerful than those where we are standing on our supports. In short, for those who have a priori to follow an MMA event from start to finish, they will see that sometimes there is not even any knockout, not even blood. There is just a game of chess between two fighters who come from different backgrounds: one comes from wrestling, the other from Thai boxing for example. Moreover, it is this variety of styles that makes the thing prettier.