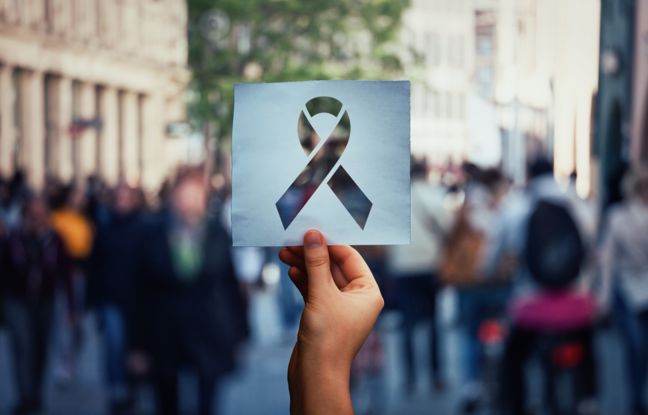 After two years of absence for the general public, the festival Solidays returns for three days of concerts, exhibitions, conferences… and prevention on the AIDS. Interventions that will be welcome, since if 77% of 18-30 year olds know the name of this festival, only 28% know the purpose*, according to our #MoiJeune** survey. And yet, AIDS still frightens 58% of the young people questioned. Nearly half of 18-30 year olds (47%) think about it, admit to always having this disease in the back of their minds, and 88% admit that this disease still circulates in France. “174,000 people are HIV-positive in our country, and it is estimated that 24,000 people are carriers of AIDS, but are unaware of it,” recalls Pauline Duverger, prevention manager at Solidarité Sida.

If some festival-goers will perhaps be surprised to come across volunteers from Solidarité Sida on the lawn of the Longchamp racecourse in Paris, they will certainly answer them “Yes, I feel sufficiently informed about AIDS and STIs”. In any case, this is the feeling of 84% of young people. But if they have this confidence in their own knowledge, they are only 66% to consider that their generation is correctly informed on the subject and 55% of 18-30 year olds believe that those younger than them are not. . “A third of young people who think that their generation is not sufficiently informed is a problem”, recognizes Pauline Duverger. But she is not surprised by this figure: “Studies show that there are not enough preventive actions. The law stipulates that young people must benefit from at least three annual sessions sex education from elementary to high school. But this is often not the case. »

These sessions are essential, since it is the first source of information for young people, cited by 45% of them. The family doctor comes far behind, cited by only 13% of 18-30 year olds. “They should be resource people on the subject, but we are faced with a double problem, explains Pauline Duverger. First of all, this subject remains taboo, both on the patient side and on the practitioner side, and doctors are not sufficiently trained on the issue of AIDS prevention. Fortunately, young people did not wait for their doctor’s recommendation, since 55% of 18-30 year olds have already taken a screening test. A figure that rises to 71% among 28-30 year olds.

On the condom side, the slogan “Get out covered” is less popular among young people than in the 1990s. Only 45% of young people say they systematically use a condom with a new partner, as long as both have not carried out a screening test. . “We note a drop in the use of condoms, but fortunately other means of prevention exist, such as Prep (a preventive treatment) or TPE (post-exposure treatment), explains Pauline Duverger. But it is important to stay mobilized on the condom, because it protects against many STIs. »

AIDS “is less scary today” than at the end of the 1980s, admits Pauline Duverger, thanks to advances in medicine. Eight out of ten young people (81%) believe that today one can live normally or almost with AIDS.

“It is true that the treatments allow people detected early to reach an undetectable viral load, which prevents them from transmitting the disease and allows them to have a normal life expectancy, recalls Pauline Duverger. But we must not forget that this serious disease and that HIV-positive people must take medication every day, for life. And above all, they remain very discriminated against. For example, they have difficulty contract a loan because of insurance, to find a dentist. To some (people), we don’t even shake hands. If considerable advances have been made at the medical level, we must now move forward at the social level.

* Organized since 1999 by the Solidarité Sida association, the Solidays festival raises funds for prevention and aid programs for AIDS patients in France and abroad.