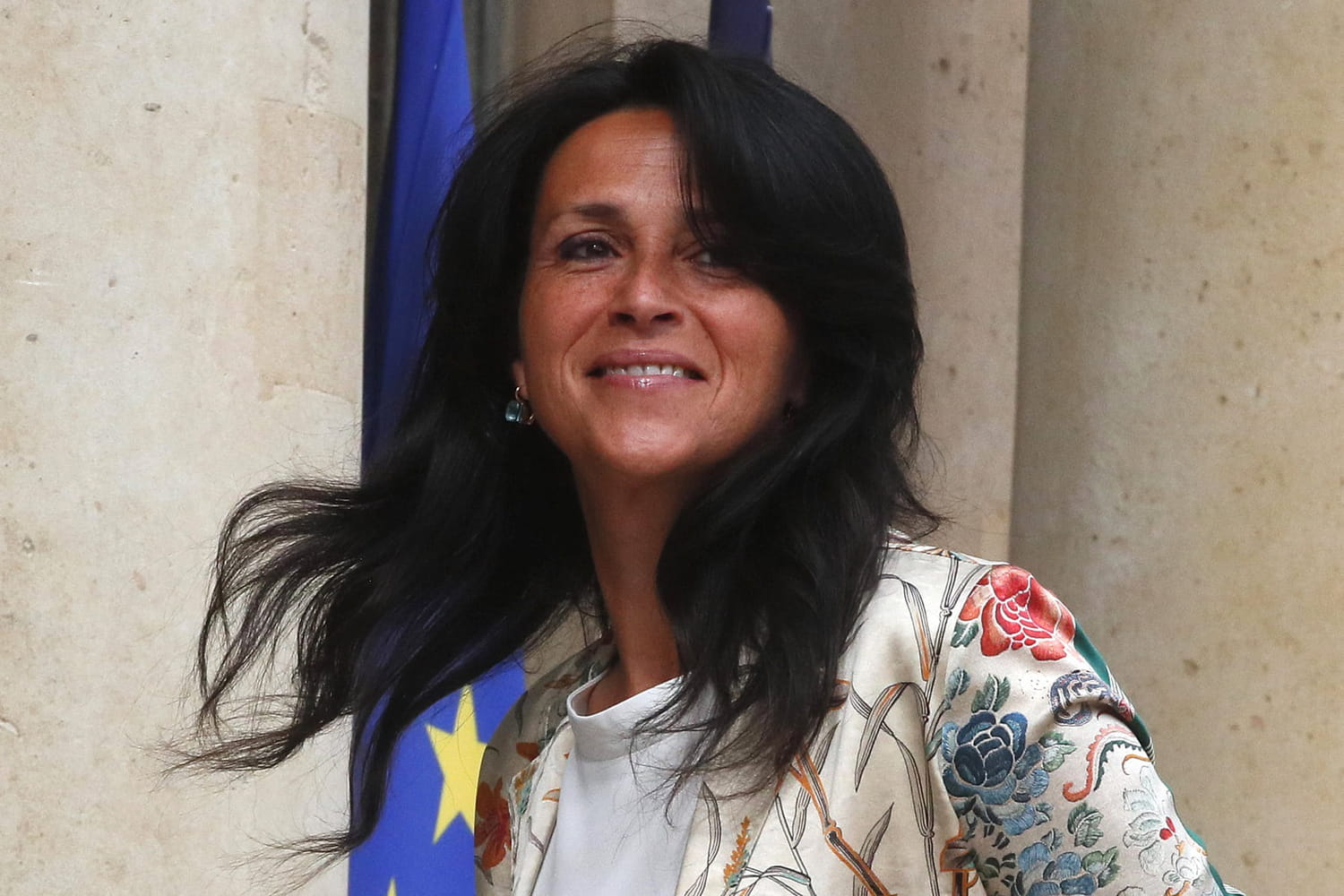 ZACHAROPOULOU. Friday, June 24, 2022, Secretary of State Chrysoula Zacharopoulou is the subject of a third complaint for violence without incapacity for work by a person responsible for a public service mission.

[Mis à jour le 24 juin 2022 à 14h06] Will Chrysoula Zacharopoulou be able to stay on? The Secretary of State for Development, La Francophonie and International Partnerships is the subject of a new complaint for violence without incapacity for work by a person in charge of a public service mission, Friday June 24, 2022. Chrysoula Zacharopoulou was already targeted by two complaints of rape (filed on May 25 and June 16). The Paris prosecutor’s office informs that this new complaint confirms the information of the broadcast Daily, on TMC. The latter had collected the testimony of the patient who claims to have suffered “gynecological violence”. The facts would have happened during an appointment in 2018 with the gynecologist to treat her endometriosis.

To these complaints, respectively filed on May 25, June 16 and therefore, the latest, June 24, by former patients and revealed by Marianne Wednesday, June 22, new charges are added. All denounce rape and gynecological violence carried out in the medical setting during consultations with Chrysoula Zacharopoulou, a gynecologist by training. The alleged facts date back to between 2016 and 2019 according to the complainants. This Friday on RTL, it is a woman suffering from endometriosis, a disease of which the minister is a specialist, who recounts the attack of which she says she was the victim in 2018 at the Bégin hospital. “Without looking me in the eye, she asks me to lie down. Then without telling me she put her hand inside me. It felt like a fist that was being pushed into me . I had a lot of pain but I neither cried nor shouted”, detailed the accuser specifying the comments that the gynecologist would have made: “Normally you should scream. You should be in pain.

In her testimony, the young woman also evokes the speech of Chrysoula Zacharopoulou which would be tinged with a form of psychological violence: “I dared to ask if it was true that I was sterile. She then took over my file and m ‘said ‘but my poor you have not understood anything, you will not have children you are sterile’ When I started to cry she asked me ‘why are you crying, I do not see the interest'”. The witness of RTL explained that he had already denounced the facts at the time without having lodged a complaint against the gynecologist and now Secretary of State. Today, she wants her testimony to support the accusations of the two complainants.

What are the accusations of rape and gynecological violence against Chrysoula Zacharopoulou?

Chrysoula Zacahropoulou is accused by two complainants who present themselves as former patients of the gynecologist and denounce acts of rape during a medical consultation. The two women, one of whom specifies that she was of legal age during the alleged facts, detailed their accusations on Wednesday evening in the program Daily. The author of the first complaint evokes a rectal penetration carried out according to her even though she had expressed the refusal of the medical examination. “I tell her no. I see that I don’t have a say and she puts on her glove. I started crying. Then she came back”, she says, specifying that she was “totally frozen, I couldn’t speak, I couldn’t breathe, I was cut off from everything. I was crying in silence. I said that I was in pain, she said to me: ‘No it’s ok, it’s not than a digital rectal examination.

The second complainant indicates that she was attacked in 2016 while consulting Chrysoula Zacharopoulou for problems with endometriosis, the specialty of the gynecologist and now Secretary of State. In her testimony, she recounts having suffered “”a vaginal touch without a word […] by surprise” and rectal penetration “without consent either”. Alleged acts which she describes as “brutal, violent and very painful”. Today, the former patient declares to be in a “post-traumatic state which is very difficult to manage”. She added to the microphone of Daily that during his consultation “all the young girls before me left the meeting in tears”.

The last patient to have filed a complaint for violence without incapacity for work by a person responsible for a public service mission, Friday June 24, 2022, filed against Chrysoula Zacharopoulou, claims to have suffered “gynecological violence”. The facts would have happened during an appointment in 2018 with the gynecologist to treat her endometriosis.

The list of testimonies against Chrysoula Zacharopoulou has grown since the complaints were made public. On Friday June 24, it was a former patient of the gynecologist who reported her alleged assault to RTL. The accuser explained that she had endometriosis and had consulted the doctor for this reason. Chrysoula Zacharopoulou would, according to the young woman, “put her hand inside [de la patiente]”, “without [la] prevent”. “I had the impression that it was a fist that I was rammed. I had a lot of pain but I didn’t cry or scream,” added the former patient. In addition to non-consensual penetration, the testimony evokes psychological violence brought by Chrysoula Zacharopoulou’s speech during the consultation. “J dared to ask if it was true that I was sterile. She then took over my file and said to me ‘but my poor you have understood nothing, you will not have a child, you are sterile’. […] She asked me ‘why are you crying, I don’t see the point'”, said the young woman.

Chrysoula Zacharopoulou is also implicated by a fourth woman who explained to AFP that she experienced her gynecological consultation, again for pain related to endometriosis, “at least like a sexual assault”. If she is said not to have filed a complaint at the time for fear of not being believed, today she is “hesitant” to do so. According to Sonia Bisch, founder of the Stop Obstetrical and Gynecological Violence association interviewed by BFM TVhis organization also received the testimonies of three other women who “denounce serious psychological violence where they felt humiliated, abused” during a medical consultation with Chrysoula Zacharopoulou.

Chrysoula Zacharopoulou has remained silent since the revelations of Marianne on the complaints against it. She left it to her lawyers to express themselves and to recall that as a gynecologist she is bound by medical secrecy and cannot dwell on her consultations. The government, of which the Secretary of State is a member, did not expand on the subject either. Matignon did not react and only the government spokesperson, Olivia Grégoire took up the subject on June 23 on France info. “Justice is seized and will rule” on the Zacharopoulou affair, she recalled. The Voice of the Executive also described the secretary of state as “a gynecologist who has been practicing for many years, who has dedicated her life to supporting women with endometriosis.” As for business Damien Abad which occurred a month ago, the government promises that “if these complaints were to give rise to other acts of justice, decisions would be taken” but considers “essential that justice can work independently of political power, independently of the executive , so that it can carry out its investigations and bring a diagnosis and an answer”.

Gynecologist at the AP-HP, was Chrysoula Zacharopoulou reported to the hospital?

Chrysoula Zacharopoulou worked as a gynecologist and endometriosis specialist in two AP-HP establishments: Trousseau Hospital and Tenon Hospital. According France infoshe practiced under the direction of Doctor Emile Daraï, who is also accused of rape and other gynecological violence by 25 patients and targeted by a judicial investigation for violence committed by a person exercising a public service mission but not for rape.

After the revelations on the accusations of gynecological rape against Chrysoula Zacharopoulou, the director of the AP-HP, Martin Hirsch, spoke on Twitter, claiming to have “never heard of a complaint or report concerning Dr. Chrysoula Zacharopoulou “. Nearby Worldthe hospital association also indicated: “The CHU set up a commission of inquiry at the end of September 2021 following the accusations concerning Professor Émile Daraï” and “particular attention was paid to the reporting and treatment of patient complaints.

When was Chrysoula Zacharopoulou appointed to the government?

Chrysoula Zacharopoulou was appointed to the Borne government May 20, 2022 to take up the position of Secretary of State for Development, La Francophonie and International Partnerships, under the leadership of Catherine Colonna, Minister of Foreign Affairs. She was one of the surprises of the reshuffle, in particular because her profession as a gynecologist suggests that the allocation of a portfolio dependent on the Ministry of Health would have been more appropriate. Her appointment to International Partnerships can be explained by the role she played in 2021 in the Covax system supposed to organize the delivery of vaccines against the coronavirus from Western countries to developing countries.

Secretary of State Chrysoula Zacharopoulou was, however, involved in politics before being a member of the executive. She notably joined The Republic on the move (LREM) in 2019 and was elected MEP the same year. In addition to her investment in the presidential party, Chrysoula Zacharopoulou was commissioned to conduct a study on endometriosis, a subject on which she holds a doctorate and for which she submitted a full report to Emmanuel Macron on January 11. 2022.

After Gérald Darmanin and more recently Damien Abad, Chrysoula Zacharopoulou is the third government minister, but the only woman, to be implicated for sexual assault. She is also the only one being investigated. Contacted by France infoMatignon did not wish to comment on the case.

Former LREM MEP and now Secretary of State for Development, Francophonie and International Partnerships, Chrysoula Zacharopoulou is originally a doctor of gynecology. Born in Sparta, Greece, this Franco-Greek studied in Italy and graduated from the Roman university “La Sapienza”, she even holds a doctorate on endometriosis. A health subject on which she has worked a lot, especially since her arrival in France in 2007. She worked in the services of the Bégin army training hospital before joining the establishments of the AP-HP. In the name of her work on women’s disease, she was named a Knight of the National Order of Merit in 2017. Also as part of her fight for the recognition and management of endometriosis, she submitted a report to Emmanuel Macron on January 11, 2022 to improve the diagnosis of endometriosis.

A conversation from Biden and an individual meeting between NATO Secretary General Jens Stoltenberg and Turkish President...
Read more
World

Cameron Diaz wants to act again. The 49-year-old actress, who retired in 2014, will star in a new Netflix film.
Read more
Hot News

Imagine asking Alexa a question and your dead grandma replies.Amazon is developing a new feature for its popular digital assistant. As The Associated...
Read more

A conversation from Biden and an individual meeting between NATO Secretary General Jens Stoltenberg and Turkish President...
Read more
World

Cameron Diaz wants to act again. The 49-year-old actress, who retired in 2014, will star in a new Netflix film.
Read more
Hot News

Imagine asking Alexa a question and your dead grandma replies.Amazon is developing a new feature for its popular digital assistant. As The Associated...
Read more
French