What shirt number does Sadio Mane get? 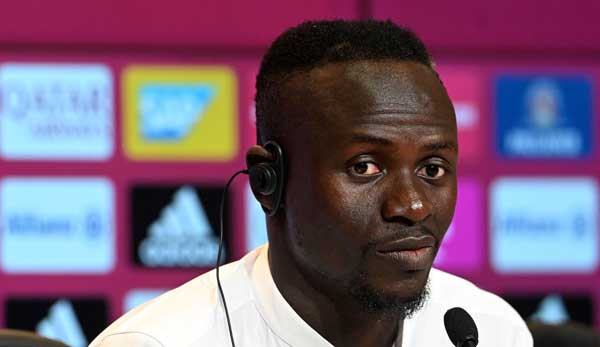 With Sadio Mane, FC Bayern Munich has signed an absolute world-class player. With superstars of this magnitude, the jersey number often plays a special role. What shirt number will Mane wear with the German record champions?

Since yesterday it’s finally official: Sadio Mane is moving from Liverpool to Bayern Munich and has a contract until 2025.

The Reds will receive a fixed fee of 32 million euros for the offensive star, this amount could increase to 41 million euros through bonus payments. Mane was also introduced yesterday, he answered questions at a press conference in the Allianz Arena and talked about his Arrival in Munich, about ex-coach Jürgen Klopp, his expectations, his new teammates and more.

One of the topics at Mane’s presentation was the jersey number with which he will appear for Bayern, which is not necessarily without importance.

FC Bayern: What shirt number does Sadio Mane get?

This question could not be answered yesterday, neither by him nor by CEO Oliver Kahn. “We haven’t talked about it yet. But it’s not that important to me. Of course there are a lot of exciting numbers. I’ll decide when it’s time. For me the number doesn’t matter,” said Mane.

For his former employers Liverpool FC, the 30-year-old wore the number ten in his last four years, before Philippe Coutinho left it was 19. As a player at Southampton FC, the station before his move to Liverpool, it was also 10, which was written on his back.

The Senegalese also wore the 10 in Salzburg, but first the 40. At FC Metz, he was identified with the numbers 33 and 21 in his short time there. In the Senegalese national team there is also a 10 under the lettering “Mane” – and that’s fine since 2015, before that he also wore the number 9 at times.

If you look at the jersey numbers he has worn in his career, the numbers 10, 9 and 19 are probably among the favorites. However, there is a catch: all of these numbers are already occupied, but a swap is far from impossible. The number 10 that Mane is most identified with and has worn the longest in his career currently belongs to Leroy Sane.

Alphonso Davies, on the other hand, wears the 19 – not only with Bayern, but also in the Canadian national team. Robert Lewandowski currently owns the number 9. It is still unclear how long he will continue to wear it. The Pole wants to leave the club, but FC Bayern insists that he fulfill his contract, which runs until 2023.

From the numbers that Mane has already worn in his career, there are still 40 (currently Malik Tillman), 33 (free) and 21 (Lucas Hernandez). In any case, the following numbers would be free: 15, 16, 17, after the departures of Marc Roca and Corentin Tolisso also the 22 and 24 as well as the 27, which was worn by David Alaba for years before his departure in the summer of 2022.

Sadio Mane: performance data in the past season

Share
Facebook
Twitter
Pinterest
WhatsApp
Previous articleMagaly on the alleged breakup of Claudio Pizarro and his wife: “We have more information about what could have caused this separation”
Next articleThe site of the festival wants to become a “tourist place of magnitude” thanks to the Guardian of Darkness

John Isner wrote his name into the record books at Wimbledon again on Friday as he became the all-time leading ace leader in...
Read more
French