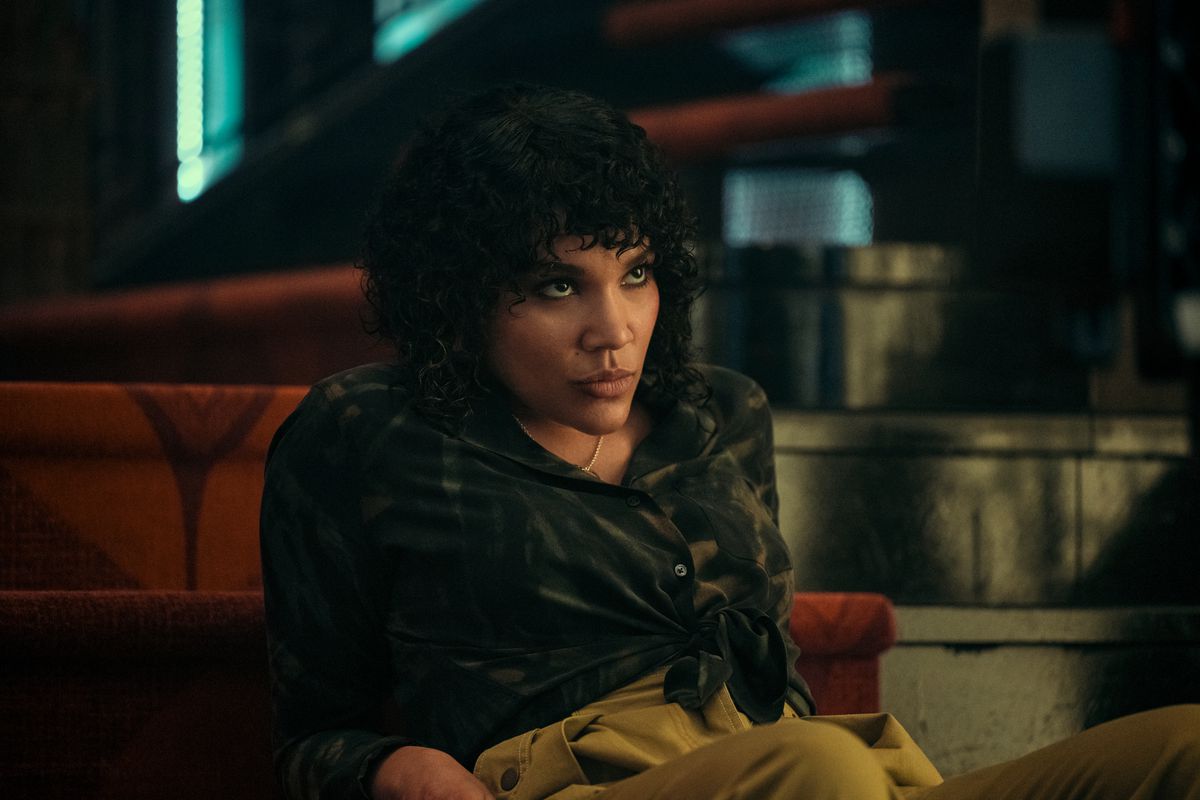 [Ed. note: This post contains spoilers for the season 3 timeline of The Umbrella Academy. You probably knew that, but if not, look out!]

Just when the Hargreeves kids thought they had a handle on the space-time continuum, they’re thrown for yet another loop—or, rather, into another loop. In the finale, the members of the Umbrella Academy find themselves in an alternate reality where their father Reginald has his name on a lot of buildings, and they have no powers (and they’re not the only ones).

So what does all that mean in the grand scheme of the Umbrella Academy? That’s a complicated question, really. Netflix hasn’t renewed the series yetbut the idea of ​​not having a season 4 is tough to imagine, especially since there’s a whole lot of other balls still in the air for the series beyond just the jump to a different timeline.

Did Allison betray the Umbrella Academy at the end or not?

After Allison bashes Reginald over the head, she starts futzing with his machine. While the rest of the Hargreeves try to stop her, Viktor lets her go, even saying that he does trust her — only for her to push the button everyone else didn’t want pushed.

It’s unclear if what Allison did was actually something she fully understood. After all, it seems unlikely that Reginald would’ve programmed her a world in which she had the family she wanted. Even so, she at least has come out on the other side with not only Claire by her side but Ray, a choice that actress Emmy Raver-Lampman tells Polygon will probably haunt her: “I think there’s bound to be an immense amount of guilt that’s going to affect her at some point. She got her happy ending, but at the sacrifice of everyone else that she loves.”

Why don’t they have powers? Where did Sloane go?

I’m not an expert on futuristic, possibly alien technology. But is the world that Reginald’s machine threw them into — where the remaining Hargreeves children had no powers, and also Sloane was gone for some reason — where he intended to land?

In this new world Reginald is seemingly even more a captain of industry. This new world could, possibly, be a testament to what he could accomplish with no super children at all, or — maybe? — had he channeled all their powers into some other alien scheme entirely. The kids who remember everything (Allison, Sparrow Ben, Luther, Klaus, Viktor, Five, Diego, and Lila) could be isolated because of their involvement in the machine that brought them there, however it worked.

Without powers in this brave new reality, Aidan Gallagher (Five) expects that everyone will be adjusting in their own way. “As far as Five goes, I think he’d make do,” Gallagher tells Polygon. “It’s tough, though, because he’s no longer relying on his powers to sort of make up the physical difference between what he’s used to and what his body and reflexes think he can do versus what his body has actually been trained for. So he might have to be a bit more clever in future seasons.”

Ritu Arya, who plays Lila, isn’t quite so optimistic for her character: “[Lila] wouldn’t know how to function. I think a lot of her confidence and bravado comes from this power. So I don’t know how she’ll be able to live. Maybe she’ll be really clumsy.”

Who is that with Reginald at the window?

From what it looks like, the woman next to Reginald is the same woman who’s always been by his side, one way or another: Alice, his wife and basis for the “Mother” robot he kept around the Umbrella Academy (and the Sparrow Academy , although she was not known there as “Mother,” you perv).

In the flashback to Luther’s time on the moon, we see that original flavor Reginald had been keeping Alice in cryogenesis on the moon. It stands to reason (at least as much as anything else Umbrella Academy) that in this new world where Reginald commands much more capital, maybe he was able to save Alice in some way?

What the fuck is Reginald’s deal though?

Though he looms large over the Umbrella Academy (and by proxy, The Umbrella Academy), we know very little about Reginald’s whole thing. He was intensely interested in adopting the kids magically(?) born to 43 women on the 12th hour of October 1, 1989. As an eccentric billionaire and inventor, the pilot of Umbrella Academy tells us Reginald was uniquely suited to “resolve to adopt as many of the children as possible.”

As of the end of season 3, we also know it was vital to him to have seven children for… whatever that machine was he had at the end of the season. And also, he’s an alien, which might account for some of his flair with technology. He was, at least at one time, well-connected enough to run in the same circles as the shadowy group that ordered the hit on JFK. In the season 3 timeline, Pogo feared what he was capable of so much that he instructed the kids to dose him with some sort of pill every day. And in the new season 4 timeline, his name is on nearly every skyscraper in the city.

It’s not exactly easy to look to the comic book for answers here — the story has deviated almost entirely, and in the book Reginald is introduced as an alien within a few pages. After three seasons, it’s past time we get a little bit more insight into exactly what his endgame is (in any version of reality).

What is the Jennifer Incident?

Ben’s death has repeatedly been linked to the “Jennifer Incident,” with little more discussion from the Umbrella Academy members at all. (Even Sparrow Ben seems uninterested to prod any deeper into what happened to his alternate self.) So what, exactly, does that incident entail?

After season 3, we still don’t know. Some folks have theorized that Ben died by suicide, since the plaque at the manor reads “May the darkness within you find peace in the light.” But Gerard Way, who co-wrote the comics, told Forbes that it’s a mystery that (at least in the comics) he hasn’t answered fully. “I originally just wrote the character to be dead, that was his function. I always knew I was going to resolve it,” Way said. “The thing about The Umbrella Academy, it’s almost like improvisational jazz. You’re just making it up as you go along.”

The show may still answer it, especially since it’s never been particularly loyal to its source material and there’s already been a few clues strewn about the show, like Viktor noticing a Jennifer sketch in Ben’s room. Plus Sparrow Ben seems like he’s around to stay, so he seems like a logical entry point.

Is it meaningful that Harlan’s briefcase says “Lester Pocket”? Like so many things Umbrella Academy, possibly! The camera lingers on him using this name a lot. Considering there’s a minor character named Lester in the comics, it could be another “Jennifer Incident,” something that is meaningful or suggestive in a way not totally clear yet.

Why did future Five not want Five to save the world?

In a twist on a twist, Five finds that the phantom founder of the Time Commission is actually… Five! And once he’s encountered his older self (in a paradox-proof panic room), Older Five tells him “You don’t. […] All that will be left is… oblivion.” He cautions Young Five that “this” — a lost arm — “is what you have coming.” Then he sends a darker warning: “Whatever you do, don’t save the world,” before his machine powers off and he dies.

Ultimately he was right; Five loses his arm in the final fight against Reginald’s machinations. But in the park where they ended up in the new reality, Five’s arm is returned. Along with the questions around his siblings and their powers, it’s unclear if Older Five was only warning about the Hotel Oblivion showdown, or if they’ve accidentally triggered something far darker. (Knowing the Hargreeves… yeah, probably!)

Why does Grace think the Kugelblitz is God?

Most likely this is a reference to the comic book, in which Vanya (as the character is still known in the book) notices Robot Mom wearing a cross necklace. When she asks about it, the mom takes her to Norway, where she’s introduced to the Sparrows.

Given how much the show has deviated from the booksit’s likely that this is more of a way to mix in some of the same themes, plots, and imagery without directly remaking it.

Wait, so did anyone actually die?

In short: Yes and no. Harlan did — off screen, apparently at the hands of Allison — as did Klaus and Luther, who were each killed by Reginald. As for any of the other siblings who got Kugelblitzed, like Marcus… it’s unclear.

But in the grand scheme of things, with the timeline once again reset? Who knows! Luther and Klaus appear to be fully back with no harm done, and with Luther even sans gorilla body. Whether Harlan, Pogo, or any of the other folks who got killed off in that alt-original-alt reality will return — well, there’s nothing the Umbrella Academy loves more than a remix.

- Yes, undoubtedly. If the company is unable to relate to the Scandinavian model, we believe...
Read more

- Yes, undoubtedly. If the company is unable to relate to the Scandinavian model, we believe...
Read more
Movies

From sauna and chat club to a new power factor in NATO. Will a new “Nordic brand” trigger Putin?

MADRID (Aftenposten): With a united Nordic region in NATO, one of the largest shifts in power in the alliance's history takes place. NATO's...
Read more
French

Il Mattino: “Naples plan for Januzaj. If Politano leaves, the assault is ready”