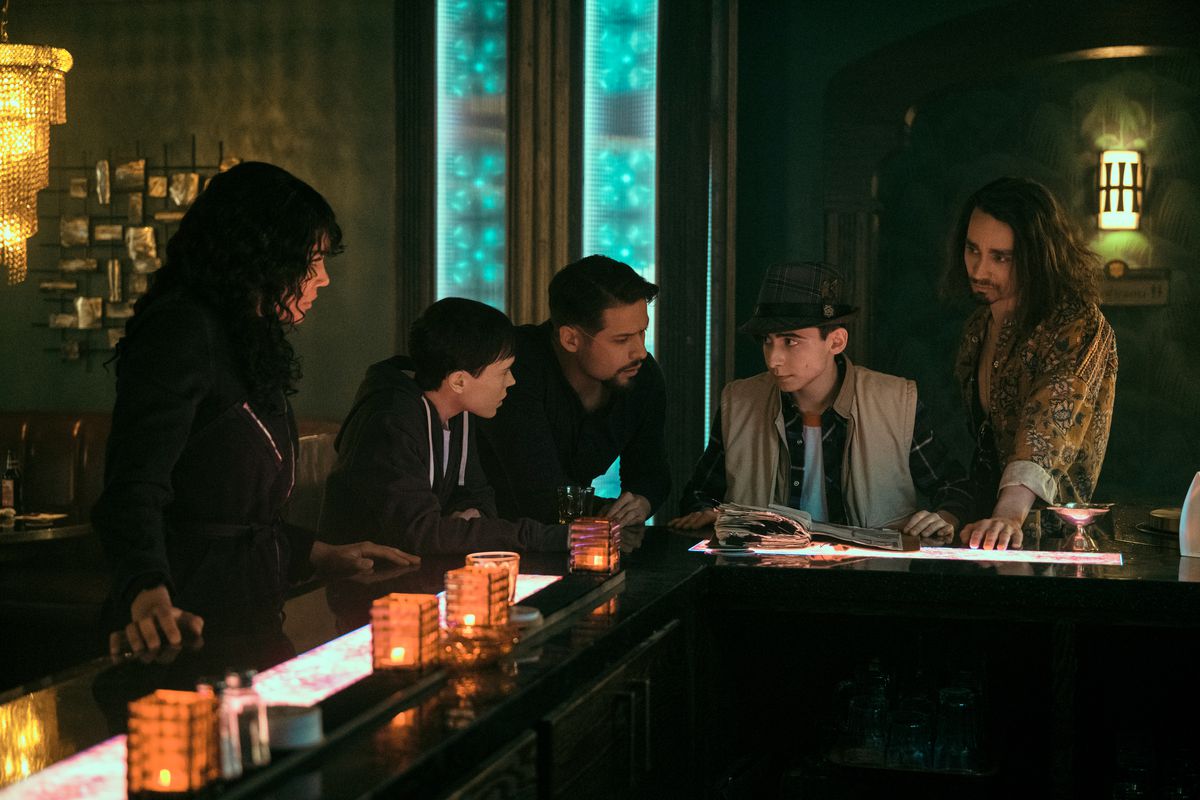 Season 3 of The Umbrella Academy pits the Umbrellas up against a new group of Reginald Hargreeves’ super-children: the Sparrows. And while that opens the door for plenty of fights and speculation about fightsit also leads to one of the more charming moments of the season — a Footloose– inspired dance off.

Polygon asked the cast of the Netflix show about their favorite group scenes of the season, and that dance scene was a common pick. What starts as a tense standoff between the Umbrellas and Sparrows turns into a dance-off, after Sparrow Jayne makes Diego hallucinate with her venom. It’s a joyous sequence, starting with a competitive dance between the two groups before breaking off into a joint number involving everyone dancing together.

“The dance was so fun,” Emmy Raver-Lampman said. “When we’re all there, including all the new cast members playing the Sparrows, it’s just always a great, great time. We always just laugh every day.”

Raver-Lampman estimated it took five or six days to film the complicated sequence.

[Ed. note: Spoilers for the later episodes of season 3 of The Umbrella Academy follow.]

Another popular pick was Luther and Sloane’s wedding at the end of the universe. It was a rare opportunity for sentimentality among the chaos of an apocalypse (not to mention everything else going on in the season).

“The wedding was really good fun because we all got to act drunk as F,” Robert Sheehan said. “We shot in this very, very beautiful building in Toronto called the Liberty Grand Ballroom, where Torontonians like to go and have their wedding reception. other [it was really nice] even though it smells a bit like death — musty, and it’s definitely haunted.”

“That night was so special, you could really just feel it in the air,” Justin H. Min said. “It was like 3 in the morning. But it was just so nice to be together as a family, and you could hear like a pin drop because it was so serene.”

Ritu Arya had an unconventional choice (and reason) for her pick — a scene where Allison and Viktor square off while Aryu’s Lila snacks in the background.

“There were tons of sweets in that scene, and I was able to just like it, go for it,” Arya said. “And then when you finish the scene, continuity comes and replace everything. So you get to start fresh. I must have eaten about 20 of these rainbow cookies, like 20 Twizzlers, I just had all this junk food. I felt terrible afterwards, but that wasn’t the point. At the moment, it was quite amazing.”

It wasn’t all fun and games (and sweets) for the cast, with some quite difficult scenes to film as well. Notably, the end of the show, which featured a group screaming session.

“The worst scene to shoot together was the scene where we’re all screaming in agony for 12 hours,” Min said. “Literally was the toughest day, because we just stood there and had to look up into the sky and our necks all hurt because we were screaming.”

Share
Facebook
Twitter
Pinterest
WhatsApp
Previous articleItaldonne, Piedmont: “Here thanks to Milan. The blue shirt is everything for a footballer”
Next articleThe return of the Pure Cru Wine Festival on the quays, a glass in hand

We were sitting face to face around a small table in Buckingham Palace — three of us from BBC Newsnight, plus Prince Andrew,...
Read more