Saint-Jean 2022: date of the feast, tradition of fires, history, all to know 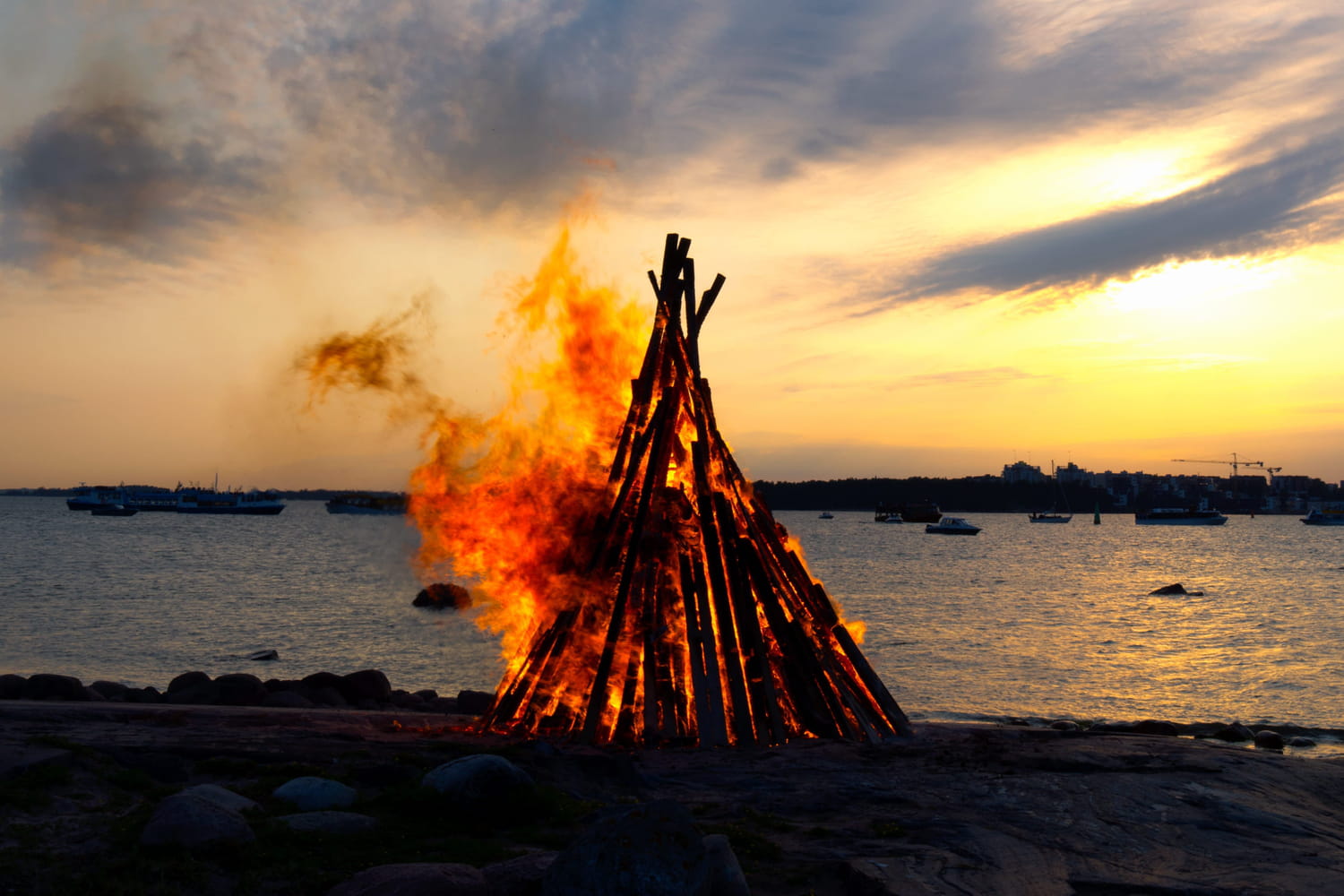 FESTIVAL OF SAINT JOHN. This Friday, June 24 is Saint John’s Day, a celebration of sharing accompanied by big bonfires that celebrates summer. What is its origin and what is the story of Saint John the Baptist?

[Mis à jour le 23 juin 2022 à 13h58] After two years of deprivation linked to the Covid, the Saint-Jean festivities are resuming in the villages of France. Some organize fires this Thursday, as in Perpignan where the Canigou flame will light up the sky. Popular in France and especially in Catalan lands, Saint-Jean represents the celebration of the summer solsticein other words, the arrival of the summer season which occurs on the 21st June 2022. It draws its source from the cult of the sun celebrated since Antiquity: in Syria but also in Phoenicia, a region corresponding globally to present-day Lebanon, where a great festival was held each year to honor Tammuz, God of abundance, plants and livestock. It began the evening before, as is the case then in the traditional Saint-Jean.

The Catholic Church took over this practice by Christianizing it. And by copying its course on that operated by the Celts and the Germanic ones for the blessing of their harvests. The first Slavic peoples thus had the custom of celebrating Ivan Kupalo, god of the sun and of reincarnation, but also of “purification by water of fertility and love”. Peoples of the east and of Russia celebrated it with crowns of flowers on their heads, singing and dancing around large fires on which they threw herbs. “Purifying” nocturnal swims in the rivers coupled with acts of love and carnal pleasure on the same night completed the festivities.

The break with tradition occurs at the time of the Christianization of Russia: Saints then replace the pagan gods and nocturnal swimming is banned. As for Catholic France in the 5th century, it replaced the celebration of “Koupalo” with that of Saint-Jean-Baptiste. A decision that we understand better when we learn that “Kupalo” means “bathing” in the Slavic language when “Ivan” means “Jean”. Today, we celebrate Saint-Jean internationally, always around the date of the summer solstice. In France, Saint-Jean is celebrated in various ways depending on the region, although it is more popular in the countryside. The bonfires lit at nightfall are a constant.

​How do we celebrate this “summer party”? How is the date of Saint-Jean fixed? Does it give rise to a holiday ? On what exact date will the next Saint-Jean celebrations take place? To find the answers, click on the chapters that interest you in the table of contents.

Saint-Jean falls on a Friday this year, June 24, 2022. The next Saint-Jean will always take place on June 24, but on various days of the week (see our calendar below). The St. John’s Day celebration takes place publicly in the villages, especially in Catalan lands, and according to the directives of the mayors.

Summer celebration for some, Saint-Jean-Baptiste celebration for others, if Saint-Jean has different names, whatever happens, only one image comes to mind: that of giant bonfires around which reigns a good-natured atmosphere. In the heat of the fire, we dance, we sing, we discuss… And sometimes, we even taste grilled marshmallows. Saint John’s Day always takes place on June 24, the day, from a religious point of view, of the birth of Saint John the Baptist. But concretely, it especially honors the arrival of the beautiful days. If it is celebrated at the same time as the fathers Day or the Music Festivalso it is actually at summer solstice (and not ofwinter) that its festivities are related. Or more precisely to that of the northern hemisphere, around June 21.

The great bonfires of Saint John contain the DNA of this celebration. Lit at nightfall, visible from afar, the burning pyre can take on impressive proportions. The inhabitants gather around to celebrate the summer with a lot of music and dances until the early morning. Are fires used to burn demons, bring luck? Without going that far, symbols of purification, they materialize the light brought by summer. The tradition also wants the local young people to jump over the flames (when they start to burn well).

In the Christian religion, Saint-Jean-Baptiste is a cousin of Jesus. Its role was not the least since, a sort of messenger, he announced according to belief the arrival of the Kingdom of God in a sector by baptizing the pilgrims with the water of the Jordan. According to the Bible, Saint John the Baptist had a tragic end: he was beheaded around 28-29 AD on the orders of Herod, king of Palestine. When the pagan and Christian traditions merged, the feast of Saint John was fixed on June 24, the day of the birth of the Saint and 6 months before Christmas Eve. Christmas. Later exported to America, in 1977 it even became a national holiday for the people of Quebec.

“I who loved him so much, I found him the most beautiful in Saint-Jeaaaaan…” A French song from 1942, “My lover of Saint-Jean” was a great success. Its words, by Léon Agel, with music by Emile Carrara, relate the exalted and short-lived love of a young girl bewitched by a seducer. Set to a musette waltz rhythm, the song also bewitches those who listen to it and its tune often takes a while to dissipate from the mind. First performed by Lucienne Delyle, the song was her first big hit.

Here are the lyrics of the song:

1 – I don’t know why I was going to dance
At Saint-Jean at the musette,
But all it took was one kiss
So that my heart is a prisoner
How not to lose your mind
Clasped in bold arms
Because we still believe in the sweet words of love
When they are said with the eyes
I who loved him so much,
I found it the most beautiful in Saint-Jean,
I remained intoxicated, Without will, Under his kisses.

2 – Without thinking any more, I gave him
The best of my being
Smooth talker every time he lied,
I knew it, but I loved it.
How not to lose your mind
Clasped in bold arms
Because we still believe in the sweet words of love
When they are said with the eyes
I who loved him so much,
I found it the most beautiful in Saint-Jean,
I remained intoxicated, Without will, Under his kisses.

3 – But alas in Saint-Jean as elsewhere
An oath is just a decoy
I was crazy to believe in happiness,
And to want to keep his heart.
How not to lose your mind
Clasped in bold arms
Because we still believe in the sweet words of love
When they are said with the eyes
I who loved him so much,
My beautiful love, my lover of Saint-Jean,
He doesn’t love me anymore, it’s in the past, let’s not talk about it anymore (twice)

Fixed feast of our Gregorian calendar, Saint-Jean always takes place on the same date, June 24th. However, it changes days of the week depending on the year. In 2022, it falls on a Friday. Regional holiday in Canada (in Quebec, Yukon and Newfoundland and Labrador), St. John’s Day is not in Franceunlike other religious dates on a day like the Easter Mondaythe Ascension Thursday where the Whit Monday.

Note that during leap yearswe skip a day of the week compared to previous years.