Now is the time here for bus for train and three hour commute. But I’m going to be an environmentalist. 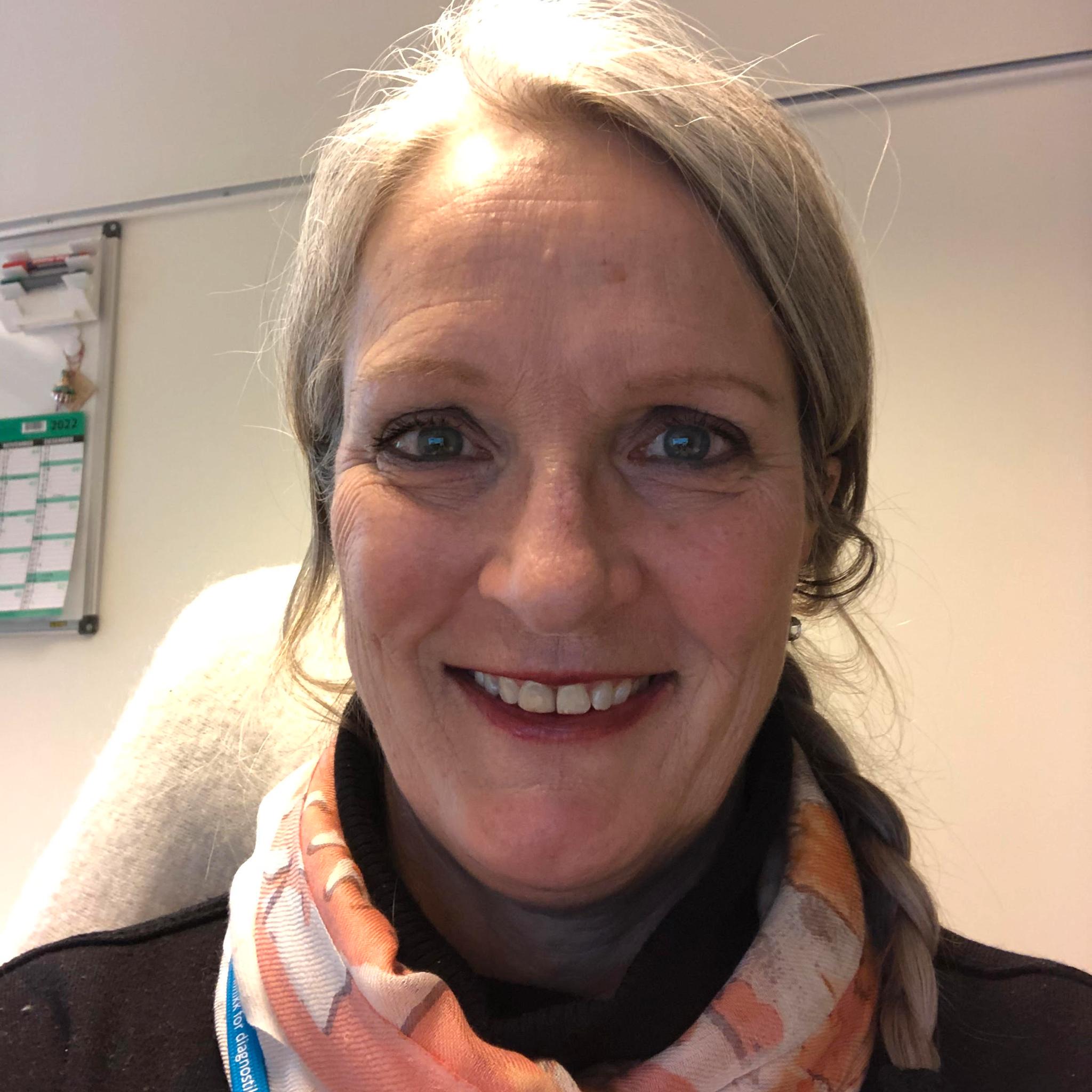 I get in the car and drive to work.

Chronicle
This is a chronicle. Opinions in the text are at the writer’s expense.

I get up half an hour before I have to, to get a calm start to the day. A cup of coffee in bed, with the old man and the dogs, I need it. No stress, just enjoy.

Then the hunt begins.

Is the bus on schedule? The heart rate increases.

At 7 o’clock I leave home with a six minute walk to the bus. The heart rate increases without changing the tempo. Is the bus on schedule? Can I catch the train? According to Ruter, the bus ride takes four minutes. Zero stress to catch the train that only leaves six minutes after arriving Asker.

Oh no, the bus is two minutes late, and the heart rate increases further. The bus stops at all stops. Why are so many people going to work? Can’t they just have a home office?

Eight minutes after takeoff, we land at the station, and I’m ready in the starting pit. The doors open, and I sprint the 100 meters up the ramp, across the bridge, stumble down the stairs to the platform and look at the light board that the train is currently delayed by four minutes.

The heart rate increases further. Oh no, now I can not reach the subway. Forward with the Router app, ah, I can take a subway five minutes later.

The train arrives, the conductor apologizes, they are missing half the train set, so here it is just to squeeze together – what we Norwegians are so very fond of. Mmmmmm, it was a good perfume smell, I think, while I am glued between morning tired people. Then the drunken spirit from yesterday’s company party creeps up from his neck, and I pray a silent prayer that he leaves at the next station.

20 kilometers in one hour and 20 minutes

The conductor is a gentle morning person. He tweets over the loudspeaker system that we are approaching Oslo, that the first stop is Skøyen, and we are on schedule. I manage to pry up my arm and check the clock. We’re five minutes late. I start the painstaking “sorry, can I come by, I’m getting off at the next station” corridor. Is ready again in the starting pit.

I throw myself off the train, run up the escalator at the National Theater, my pulse is now in my throat, sweat is starting to trickle.

I cut past a group of happy people who are on their way to Flytoget and holiday, take a clumsy stern jump over a suitcase that is in the way, start the sprint towards the stairs and the bridge, but are stopped by guards who want to check the ticket. I have the phone ready, and six code numbers later (fingerprint recognition does not work, the hand is too sweaty) the ticket lights up against the guard, he scans, and with a nod I am past the obstacle.

With two steps at a time, I get up the stairs, over the bridge and turn right and the platform and wave goodbye to the subway. I take a breath on the ground, wipe sweat, fix glasses that have landed on the tip of my nose, and also on the light board that there will be a subway in five minutes. The post-sweating starts.

Arriving at the Research Park, I push out the door and fly down the stairs in the hope that there is a tram waiting for me. But, wait – the tram stop is closed. There is a truck by the platform. Yes yes, a ten minute walk is not to be despised. Only uphill. A little training on the mother’s twig does not hurt. I arrive at Rikshospitalet at 08.20.

20 kilometers commuter road in one hour and 20 minutes. Not too bad, is it? I wander into the laundry room with the washcloth to wash off the worst salty gutters.

If I run what I can, I might be able to do it

Then I’m going home. Just have to write the last e-mail before I have to go to catch the tram and subway to the National Theater.

The subway is delayed at Majorstuen, and I look at the clock again. If I tie the sneakers well enough and run what I can, then I might be able to do it.

Once again, I throw myself out the double door. The gray, curly hair starts its “frizz” party on my head once again. I feel how the hair gets more and more volume from the moist scalp. An overweight 57-year-old is once again in training mode. Stumbles down the escalator to the platform, but I do not get there. There it was full, given. A female voice over the loudspeaker says that all trains are standing due to a ground fault. They are working on the case, but do not know when it will be fixed.

My dogs, I think. Did you want to be locked up for many hours without being able to pee? Phone up – old man, where are you? Breathes sigh of relief. He’s on his way home on a motorcycle, so all right. It will be a lonely Friday night for the old man and the dogs.

I am the lucky winner of a newborn grandchild in Oslo who will benefit from grandmother this Friday. But since the trains are standing, all the streets are filled with car commuters, buses and buses for trains. It almost looks like time stands still. I think I’m taking another training trip. 20 minutes later I ring the doorbell of my beloved grandson.

A rail replacement is broken

At 19 I read in the newspaper that the ground fault has been fixed, and that the trains are running again, well somewhat delayed, but they are running. Enjoying another hour with my nose down in the head of the world’s most beautiful little person (completely objectively) before I put my nose towards Oslo S to catch the train to Asker.

My train has been canceled, the lady says over the loudspeaker. A rail replacement is broken. They are working on the case, says the lady, but the double track has become a single track, so then it will be cramped to get all trains through the eye of the needle.

At 9.30 pm I finally land in Asker, but now the night has subsided, the Friday taco has been consumed, and no one wants to take a bus. So then there is no need to depart every 10 minutes. I’m probably one of the few who has not realized the importance of getting home on time on a Friday night.

I call the old man, and after 32 years of marriage, he has realized that it is wise to say yes to his wife, so five minutes later I sit down with the private driver. He even remembered to put on the butt grill. Blessed happiness.

Now I’m going to enjoy lazy days in the car

Now is the time here for bus for train, bus for subway and taxi for bus, and a total of three hours commuter road is next. But unlike last year, this year’s event is carefully planned.

Seven days remain on my monthly card, and then I thank you for the care I have been shown for the past year and a half. I’m going to be an environmentalist. I get in the car, bring coffee, turn on the radio and drive to work.

I must be allowed to thank the local bus, Vy, Greater Oslo local traffic and not least, Bane Nor for having contributed until I will sign up for the veteran WC in the 100 meter sprint.

Now I’m going to enjoy lazy days in the car. The summer body looks like the winter body, but some of the fat has been replaced with muscle. Unfortunately, they will probably be reduced in the future. But now I at least reach home to the old man, the dogs, the garden and a little sun on my body before the sun goes down.

Fabio Carvalho is one of Liverpool's new reinforcements alongside Darwin Nunez and Calvin Ramsay. The attacking midfielder had been announced by the Reds...
Read more
Europe

Lamia: The 61-year-old who defeated the coronavirus died after 5 months of hospitalization – He continued his fight in a rehabilitation center

Sad news became known in Ghoul. The 61-year-old, who managed to overcome him coronavirus after 154 days, being discharged from the city's...
Read more

Fabio Carvalho is one of Liverpool's new reinforcements alongside Darwin Nunez and Calvin Ramsay. The attacking midfielder had been announced by the Reds...
Read more
Europe

Lamia: The 61-year-old who defeated the coronavirus died after 5 months of hospitalization – He continued his fight in a rehabilitation center

Sad news became known in Ghoul. The 61-year-old, who managed to overcome him coronavirus after 154 days, being discharged from the city's...
Read more
Hot News

Dozens of firefighters are tackling a fire in a tower block in Bromley.Crews were called to St Mark's Square this...
Read more
French

Fires: High risk of fire in Ilia and on Monday – PatrisNews

A high risk of fire is also predicted for Monday in the Peloponnese and Western Greece. According to the Fire Risk Prediction Map issued by...
Read more
Load more
Facebook
Instagram
LinkedIn
Pinterest
Tumblr
Twitter