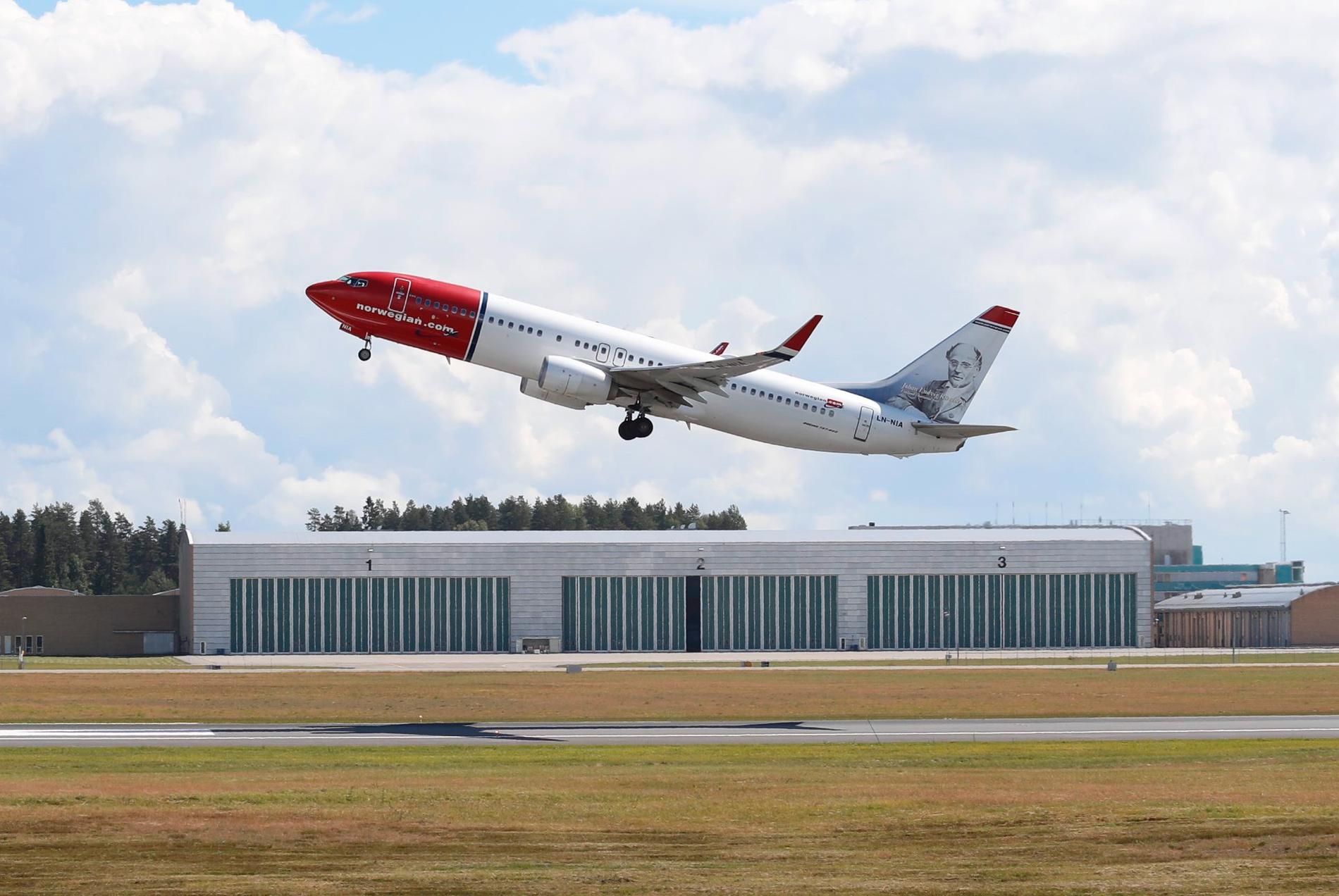 Old trouble gets new life in the judiciary for Norwegian. A dozen compensation cases from before the pandemic received a “wrong” assessment in the Conciliation Board, the airline believes.

Less than 20 minutes ago

A number of claims for compensation for canceled or delayed departures haunt Norwegian, several years after they took place.

The reason is that the requirements were not resolved and paid out before the pandemic hit Norway and the world, and global aviation was formally put on the ground.

In October, Norwegian is the plaintiff as the company meets 57 passengers in Ringerike, Asker and Bærum District Court.

The cases concern compensation for canceled or delayed flights, and they have already been to the Conciliation Board, which concluded that the passengers were entitled to a full refund.

Analyst about Norwegian’s Boeing agreement: – On the way back

The airline believes the decision of the Conciliation Board is incorrect, and emphasizes that they can not appeal in any other way than to take the case to court.

– We do not dispute their reimbursement claims, and the question is only whether the claims are covered by the reconstruction plan, writes communications director Esben Tuman in an e-mail to E24.

He explains that Norwegian is obliged by the guidelines given through the reconstruction the airline underwent last year, and which comes from a ruling by the mayor of Oslo.

Norwegian was already under financial pressure when covid-19 struck, and in November 2020 the airline had to apply for bankruptcy protection in Ireland, and later also in Norway.

The subsequent reconstruction stated that all creditors were entitled to 5 percent of their claims, so-called dividend.

This means that Norwegian no longer owed passengers more than 5 percent of the amount they thought they were entitled to.

The airline asked to be allowed to discriminate against the passengers positively in the reconstruction, Tuman states. They wanted to pay refunds and maintain the bonus point scheme, but the Irish court and the mayor of Oslo wanted it differently.

– Norwegian is legally bound by the reorganization that was completed in May 2021, which among other things stipulates that different groups of creditors shall be treated equally. We respect this, even though we initially tried to get exceptions for customers who had money outstanding, Tuman writes.

This is what Norwegian cannot now agree to.

– We think it is a pity that these cases have to take place at all, but for reasons of principle we have to seek this clarification and have the Conciliation Board’s incorrect judgments reversed, Tuman writes.

He does not want to go into how large sums are involved.

– It would be sensational if the district court were to come to a different conclusion than the guidelines given in the ruling when the Oslo City Sheriff’s Office approved and confirmed the reconstruction plan in April 2021, he writes.

At the same time, Tuman emphasizes that they had almost all reimbursement claims made before the reconstruction.

– 99.6 percent of bookings that were made directly with us, by Norwegian customers, were refunded before the reconstruction, he says.

It is the last 0.4 percent that now remains.

16 of the passengers involved in the case are Norwegian. The rest are from different parts of the world, from Sweden to Equatorial Guinea, it appears from the frame list.

Kleppe told E24 on Monday that he had to consider what they would say about the case. At the same time, he suggested that the result in court could have an impact on many more than the 57 passengers.

On Wednesday, he did not want to say more than that he should call back. On Thursday, Kleppe did not respond to E24’s inquiry for comment.

Five days have been set aside for the case in Ringerike, Asker and Bærum District Court from 17 October this year.

A wave of high pressure is expected to send temperatures soaring - with some forecasts predicting highs of more than...
Read more
Technology

The transfer fee shall be according to BBC be equivalent to around SEK 560 million for the...
Read more
Europe

While the Rula Pispirigou prepares to testify about the murders of Malena and Iris, her close relatives, sign a 4-page press release. ...
Read more

A wave of high pressure is expected to send temperatures soaring - with some forecasts predicting highs of more than...
Read more
Technology

The transfer fee shall be according to BBC be equivalent to around SEK 560 million for the...
Read more
Europe

While the Rula Pispirigou prepares to testify about the murders of Malena and Iris, her close relatives, sign a 4-page press release. ...
Read more
World

no stage, the general classification

The rain has poured down over Oslo. But the city’s residents are again being asked to save water.