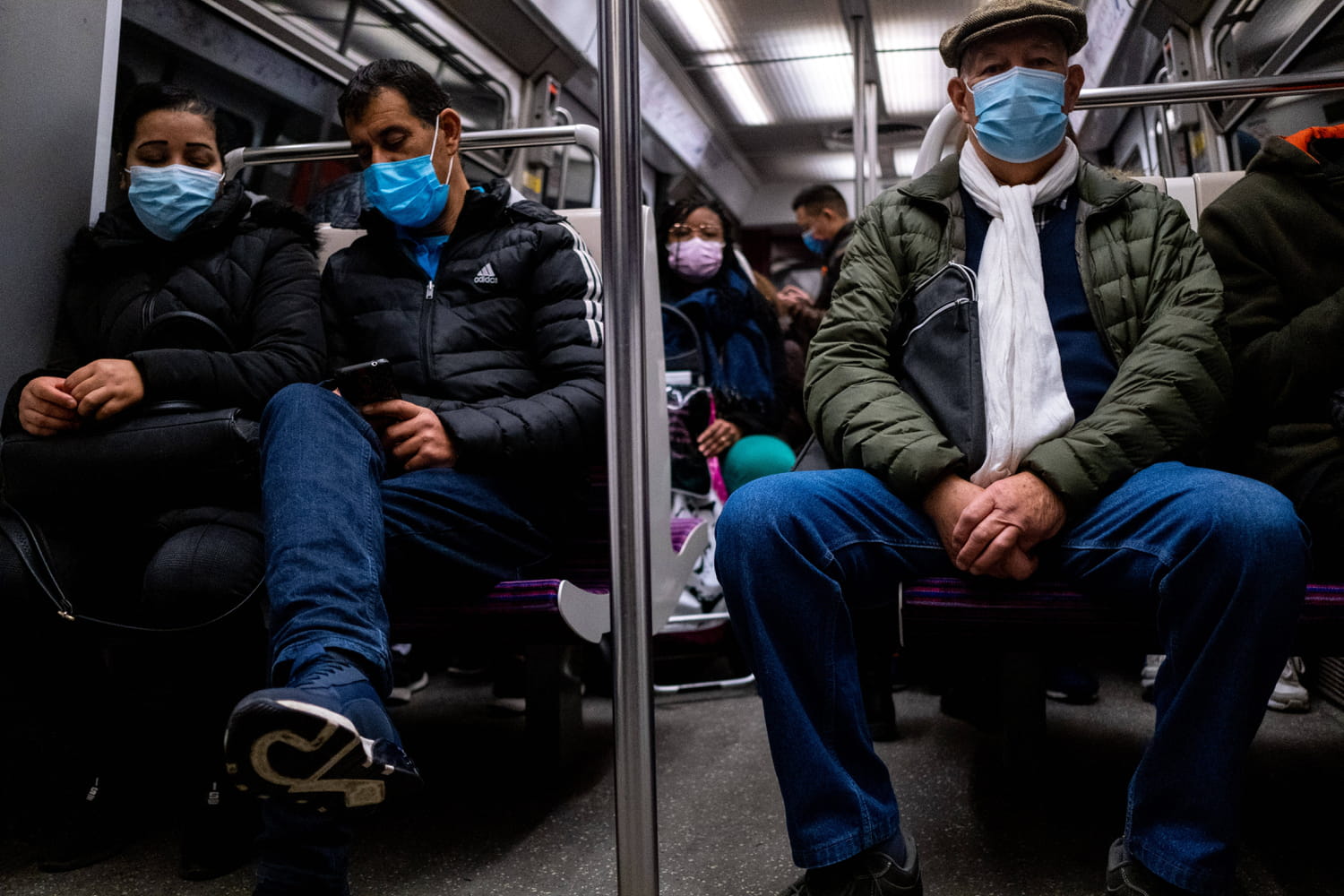 COVID MASK. More than a month after the lifting of the obligation to wear a mask in public transport, the new peak of contamination suggests that such a measure could return. We take stock.

For the French, the mask in transport is a thing of the past. Really ? More than two and a half years after the start of the pandemic, the virus persists and is still circulating. Thus, if since Monday May 16, passengers can board transport with their faces uncovered, the current situation could change the situation. In recent days, epidemiologists have been warning of the constant increase in cases of Covid-19 in France, with, in mid-June, an average number of new daily confirmed cases increasing by almost 50% in one week. The arrival of BA.5, a sub-lineage of Omicron more contagious than its predecessor BA.2, augurs a summer under the sign of contamination. For the epidemiologist and president of the Vaccine Strategy Orientation Council Alain Fischer, the return of the mask in transport “is seriously discussed” (comments made on the set of Telematin June 22). This return to health measures in transport would apply “certainly” to fragile people and “probably” to the rest of the population. According to him, this precaution remains a “collective protection measure”. He believes that by “making the small effort to wear the mask”, we “help to protect fragile people”. Does the health situation really require the return of wearing a mask?

While the progression of the circulation of SARS-CoV-2 is worrying, with 50,000 cases detected every day in mainland France, Public Health France has published a new point of epidemiological situation relatively alarming on June 16. “In week 23 (from June 06 to 16), the circulation of SARS-CoV-2 accelerated throughout the metropolitan territory after a first week of more moderate increase”, can we read. In this context, reinforced by “the least systematic adoption of preventive measures”, the organization recommends “the application of barrier gestures”, an “essential” precaution to “limit the spread of the epidemic and protect the most vulnerable populations. vulnerable”. In addition, given the heat wave which recently affected the country, it is specified that “the ventilation of enclosed places must be limited to the cooler hours of the day”.

Is the relaxation of barrier gestures in question? For part of the scientific community, the lifting of the ban on wearing masks was too hasty. Yves Buisson, president of the covid-19 unit of the Academy of Medicine, explained to our colleagues from Telegram that this restart of the epidemic was mainly due “to the relaxation, surely too early, of measures to combat the transmission of the virus, such as the wearing of masks”. According to the epidemiologist, the BA.5 variant will “probably be largely in the majority at the beginning of July because it is more transmissible”. His colleague Jean-François Delfraissy, president of the Scientific Council, also recommended “the return of barrier gestures, but also of the mask in transport to limit the importance of this small wave of BA.5” during his interview on European 1. Finally, for infectious disease specialist Anne-Claude Crémieux, wearing a mask is very useful in “very closed rooms with several hundred people. It could be the metro. In the street, no”, as she explained on France news.

Are there official instructions on wearing a mask? For the moment, the government has not spoken, especially since the Minister of Health, Brigitte Bourguignon, sees her hours being numbered after her defeat in the legislative elections. The ministry only indicated “to monitor very closely the evolution of the circulation of the virus, thanks in particular to a good level of tests”, as relayed the Telegram. The firm contacted also affirmed that the epidemic rebound that Europe is currently going through was “linked to the BA.4 and BA.5 variants of the Omicron family”, specifying that it does not “present an increased severity factor”. . The ministry declared to have transmitted, “with the professor Alain Fischer,” “a clear message intended for the most fragile, in order to encourage them to receive their second booster dose”. “At the same time, we are developing access to treatment. We are also calling on the French to respect barrier gestures and to be vigilant with those most at risk of the virus”, he finally clarified.

What are the recommendations for wearing a mask?

For the time being, health establishments, hospitals and nursing homes are the only places that remain subject to the obligation to wear a mask. Thus, the obligation to wear a mask now only concerns caregivers, patients and visitors to health and care facilities such as hospitals, pharmacies or medical biology laboratories. However, if transport remains exempt from wearing a mask, whether it is restored or not, wearing it remains recommended, especially in the event of heavy traffic and “for all people who consider themselves threatened by the virus” as in all interior spaces.

As such, transport and shopping centers appear in the list of “enclosed places and large gatherings” where the mask is recommended for “frail people, because of their age or their pathologies” (as indicated the government website). The government recalls that “the mask remains an effective tool for preventing the transmission of Covid-19”, in the same way as “other barrier gestures such as regular ventilation of closed places or frequent hand washing”. “It is necessary to keep these good reflexes to best protect the most fragile”, concludes the press release. These recommendations are also a call for caution in this context of an epidemic outbreak just before the summer period.

exclusiveNow in its second edition, "Invasione di campo" - a format of summer evenings (conceived by Aldo Dolcetti) that will host a football figure...
Read more