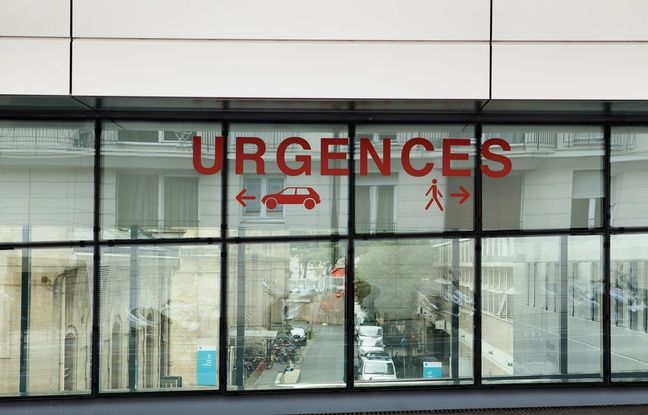 “If they weren’t there, it would be chaos”, stings Mathias Wargon, head of the emergency department of theDelafontaine hospital in Saint-Denis (Seine-Saint-Denis). “They” are the foreign-trained doctors outside the European Union, who lend a hand to emergency physicians, pediatricians, gynecologists in France. There are more and more of them among hospital workers, but not always in good conditions.

A law passed in 2019, then its decree, published in 2021, should make it possible to guarantee them a less precarious status and make them want to come and stay working in France. But their obstacle course is still relevant, and some files are even blocked.

“We can estimate the number of practitioners with a non-EU degree working in French hospitals at around 4,500”, notes the Directorate General for Health Care (DGOS). And for them, the working conditions are particularly difficult. At the start of their journey in France, they are “associate attached practitioners”, “placed under the responsibility of a hospital practitioner and paid half as much as a colleague who has the same seniority, explains Salem Ould Zein, president of the National union of practitioners with a diploma outside the European Union (SNPADHUE). They can neither climb the ladder, nor practice in a medical desert, nor go into the private sector. On the other hand, if they obtain their authorization, they can then practice as an associate practitioner, with the same salaries and possibilities of investing and projecting themselves into the service.

What has changed for them, the decree of 2021? Two things basically. Previously, to become associate practitioners, these graduate doctors had to pass a competition, the Knowledge Verification Test (EVC), and practice for three years in a so-called “validating” French hospital (capable of validating their training). And the establishments themselves then selected these recruits. From now on, the period is reduced to two years, and it is the ministry which then arrows such a doctor for such a hospital. “Before, I took the number of doctors I needed, summarizes Mathias Wargon. Today, the ministry decides: I asked for six and got three. It’s still weird to talk to us about the autonomy of hospitals when this right is being taken away from us…”.

“The candidates were obliged to seek their positions, nuance Salem Ould Zein, also resuscitator at the hospital of Châlons-en-Champagne. And many did not know where to look. Since 2021, we have moved to a choice based on the EVC ranking. “Like the interns.

This new procedure has raised eyebrows. “Five foreign doctors who have been working in my service for years had to leave for another hospital because of the new assignment system, explains Mathias Wargon. The establishments that were to receive them were not aware, we were in the process of separating families…” Because these practitioners have often reached their forties and built a family. We are therefore faced with a ludicrous situation: “they want to stay, we need them, they know the service, but we cannot keep them”, sums up Mathias Wargon. A group of foreign doctors has published in Ouest-France a platform: “to sum up, we must leave everything (family, hospital service) and go according to the assignments without any control over our professional and personal future”. A regrettable bug while summer schedules look like a puzzle everywhere in France.

“Among the 1,700 received from the 2021 session, many risked having to leave their service”, explains Salem Ould Zein. To get out of this deadlock, it was finally decided that these doctors already in post after their validation would choose their assignment as a priority. Hospitals should therefore see a little more clearly in a few months, but in the meantime, the new system, supposed to improve things, has rather worried caregivers and department heads.

There is a second way to make foreign doctors associate practitioners in France: the derogatory Stock procedure. Who, too, has experienced setbacks. “Foreign doctors who practiced in France between 2015 and 2019 can submit their file to the Regional Health Agencies (ARS), without going through the competition (EVC), continues Salem Ould Zein. When the ARS validates a file, it goes up to the regional commission for authorization to practice the specialty. “Problem: 4,500 files were filed in October 2020, “and only 1,500 have been studied since, while this procedure stops at the end of December 2022! Three years after the adoption of the law, we still can’t apply it! Asked by the SNPADHUE, the ministry undertook to speed up the procedures for these 3,000 blocked files.

However, these doctors still waiting were on the front line in the fight against Covid-19, and remain essential for the proper functioning of certain services. “It’s a scandal, storm Karim Tazarourte, president of the French Society of Emergency Medicine (SFMU). We need them. But their working conditions are clearly perfectible”. “There are so many obstacles to recruiting foreign doctors that it seems that the ministry prefers burnout,” criticizes Bruno Megarbane, head of the medical and toxicological resuscitation department at Lariboisière hospital.

A track to relieve emergencies?

Offering them better working conditions and facilitating their recruitment in under-dense areas can be solutions for the hospital in general, and for emergencies in particular. “More than 5,000 trained foreign doctors want to stay in France. And they have a rather young average age knowing that the medical population is aging. It’s a win on all counts, ”says Salem Ould Zein. “Young French doctors no longer want to work in the emergency room, they tell me it’s too hard, regrets Gilles Moalic, head of the emergency department in Angoulême. Recruit foreign doctors, I’m thinking about it. »

THE Mars agreed with the Jamaican striker, Andre Gray and… continues the moves to strengthen his defense and in the center area. According to...
Read more
Technology

Sida and the Swedish Institute are banned from operating in Russia

Sweden's aid authority Sida withdrew all funds to Russian state actors in connection with the start of...
Read more
Business

Best cities to live in Yucatan

Best cities to live in Yucatan With an approximate population of 2.3 million inhabitants and attributes such as its real estate developments, its high security...
Read more

THE Mars agreed with the Jamaican striker, Andre Gray and… continues the moves to strengthen his defense and in the center area. According to...
Read more
Technology

Sida and the Swedish Institute are banned from operating in Russia

Sweden's aid authority Sida withdrew all funds to Russian state actors in connection with the start of...
Read more
Business

Best cities to live in Yucatan

Best cities to live in Yucatan With an approximate population of 2.3 million inhabitants and attributes such as its real estate developments, its high security...
Read more
French

Rome, the future of El Shaarawy is an unknown: with an offer of 10 million it can start

In the Roma home the clouds on the future of the Giallorossi are dark and dense Stephan El Shaarawy. The Pharaoh expires in...
Read more
Sports

Egypt: sentenced to death for the murder of a student who refused his advances