Faced with the outbreak of the epidemic, “we must pull ourselves together” for epidemiologist Micea T. Sofonea 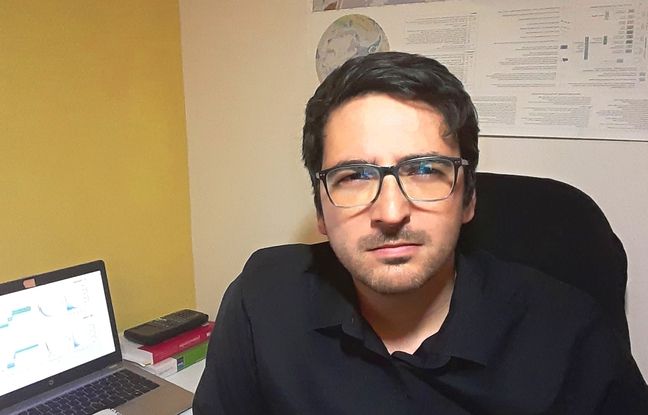 It had probably been forgotten a little too quickly. With the emergence of the two new Omicron sub-variants, BA.4 and BA.5, the Covid-19 outbreak resumed with renewed vigor, this week, in France. According to figures released Wednesday by French Public Health, there were, in seven days, 77,967 new cases, an increase of more than 50%. 20 minutes asked Mircea T. Sofonea, associate professor of infectious disease epidemiology and evolution at the University of Montpellier (Hérault), if we had to fear the prospect of a seventh wave.

A boom in Covid-19 caused by an “immune decline”

This outbreak of the epidemic, “we could expect it”, confides Mircea T. Sofonea. Within the Modeling Team for the Epidemiology and Evolution of Infectious Diseases, with his colleague Samuel Alizon, Director of Research at the CNRS, he saw this new wave coming from afar, driven by the emergence of new sub-variants, in particular BA.5, to the detriment of BA.2, which was the majority until then. According to Mircea T. Sofonea, “immune decline” has favored this boom in Covid-19 cases. After several months, people who have been vaccinated, or sick, are less resistant to the virus. This weakening of the immune shield is so strong, in France, that an epidemic resumption “would have taken place, in any case, even in the absence of BA.4 and BA.5”, indicates the Montpellier epidemiologist.

It is still too early to know whether to fear the BA.5 sub-variant, which seems to be gaining ground in France. But according to initial findings, it could be more contagious than BA.2. According to Micea T. Sofonea, a Japanese study, to be taken with tweezers, highlights “in vitro a greater pathogenicity of BA.5, compared to BA.2. It’s a signal. Now knowing what the translation will be in real life is something else. And that will take time. Because the waves generally have to be well advanced, or even passed, in several countries” to realize this. In the case of the BA.1 sub-variant, it took several months before scientific data made it possible to conclude that it was less virulent than Delta.

We are less afraid of Covid-19 than before

Few are still those today who wear a mask, in the streets, and even in closed spaces. Since the lifting of the last sanitary measures, in the spring, the Covid-19 no longer seems to scare anyone. For Micea T. Sofonea, “fear, or the perception of infectious risk, is largely modulated by two aspects. First, the surroundings. Do we know many cases of Covid-19 among our relatives? Are these cases symptomatic? Have there been any hospitalizations? Have there been any deaths? »

Then, the media, and the politicians. “It is clear that the media coverage [du Covid-19] varied due to the war in Ukraine, and the elections, notes the epidemiologist from Montpellier. No doubt a form of weariness, too. As for the politicians, the electoral campaign had, it is clear, an important effect on the consideration given to this disease. Should we question the levity that we have given ourselves, collectively, in recent months? I think so. All the more so, continues the professor, in a context of tension, in hospitals.

You have to pull yourself together

With the outbreak of the epidemic, the question of the implementation of new measures arises in France. For Micea T. Sofonea, it is clear that “we have to pull ourselves together”. “At least in the interactions that we have, confides the specialist. Reinforce your vigilance. Have recourse to regular self-tests, to a reactive isolation process. Do not wait for the symptoms to be significant, to warn those around you, and limit your contacts. “The return of the mandatory mask in public transport? This could perhaps help curb the epidemic’s boom, notes Micea T. Sofonea. But “the impact is likely to be marginal, continues the professor. Transport has never been identified as the place where we are most contaminated. »

Covid-19 is not going away

Each time the indicators fall, it seems that we are done with the Covid-19. And yet. Disease still kills. According to the latest figures from Public Health France, published on June 18, 217 people died in hospital in one week. Will we ever end this epidemic? “The “critical” Covid-19, the one that brings us to intensive care, it is possible, little by little, that it will be more and more marginal, confides Micea T. Sofonea. From there to the end, no. “We do not have, notes the Montpellier epidemiologist, “the means to make it disappear”.

Thousands of Australians are expected to brace wild weather to march in support of abortion rights after the United States Supreme Court this...
Read more
World

Australia dominates the global consumption of methylamphetamine, topping the list of 24 countries for heaviest users.Meth consumption across Australia was found to be...
Read more

Thousands of Australians are expected to brace wild weather to march in support of abortion rights after the United States Supreme Court this...
Read more
World

focusBelow is the situation of rallies and retreats for the twenty Serie A teams: *ATALANTA*The season of the Goddess will start on July 4th: physical...
Read more
Sports

Wimbledon: a tournament that lacks panache