Bengt Ohlsson: I owe the thief a thank you 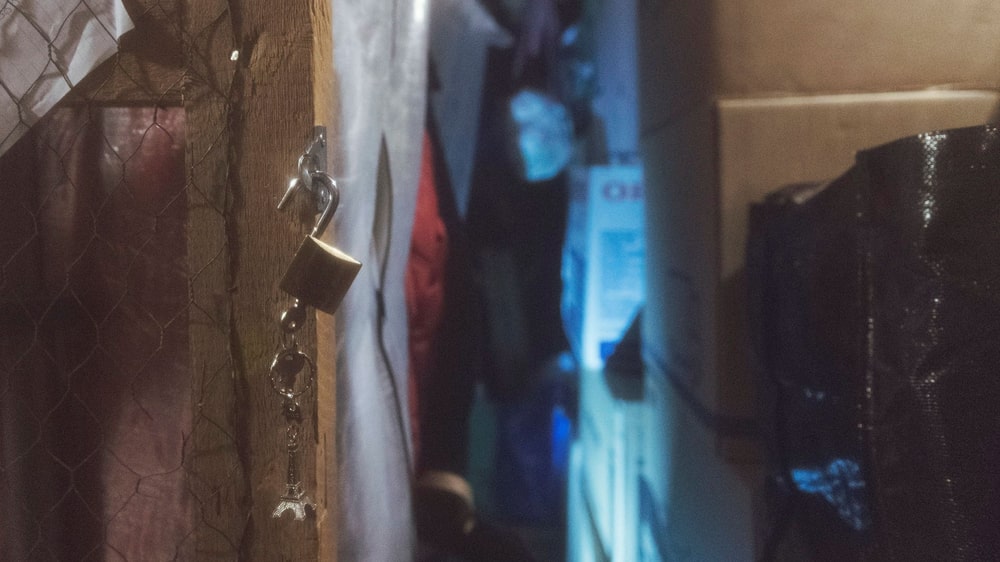 Burglary in the attic storage. It’s happened before. There is nothing to twist.

I opened the chicken-net-covered door and aimed with the mobile phone light. A moving box with old letters had been spilled. The thief had trampled around among letters from grandma and girlfriends.

When I went up to Jämtland a few weeks later, I took the letters and a moving box with old scripts with me. Not because I thought anyone would twist them. But I did not want anyone to trample on the contents as rubbish either.

Then I spent four evenings in front of the fire when I picked up fist after fist of old letters. Made a half-hearted attempt to sort them. Gave up. Which I seem to have done before. The letters struck something in me. That so many people from near and far – in relation to me, that is – sat and filled several pages with greetings, accounts and congratulations.

Life does not feel overly rich on close people. But the box with the old letters was like coming to a usually deserted beach and discovering that hundreds of bottle items had floated ashore during the night.

People who nowadays exchange three text messages a year with … once they took the time to write long letters. A high school friend sent Springsteen’s “Born to run” on cassette, and even wrote down all the lyrics by hand, from “The screen door slams …” to “Tonight in Jungleland”, just because he wanted me to have them.

Some people like I assigned peripheral meanings in my life have written more letters than I thought, long and heartfelt, they struggled with their relationships and paddled in the gruel swamp, now I sit with the result, they divorced and started again, others became ill and died or took their lives of itself.

Many of the letters testify to controversies and settlements that at a distance of twenty years appear heartbreaking ephemeral. And I take comfort in the fact that I have become so much more generous since then.

But the risk is of course imminent that I would think the same thing if I had to scroll through today’s email basket in twenty years.

But today no one writes letters anymore. Those who come have windows on the envelope

While I stack the letters in increasingly shaky stacks approach a thought that feels both melancholy and half-forbidden: think what many people I seem to have meant something to.

The thought has barely been formulated before it is followed by another: and what does it say about you that you focus on what you have meant to others, instead of what the others have meant to you?

But today no one writes letters anymore. Those who come have windows on the envelope, or it is a snarky invitation to something high-pitched.

Instead, one rushes daily communication between our screens, a couple of breathless sentences, song links and clips and figures, everything is possibly saved in a “cloud” somewhere, but everyone knows what it’s like with clouds, they disperse and drift on, they can not be stacked in any case in stacks in front of the fire.

All feverish e-mail exchanges are dissolved in a hard drive crash, decay behind one of all forgotten passwords or are pushed into space when the internet provider gets the feeling and merges with a larger provider, or alternatively lies down with the digital nose in the air.

When I pile the moving boxes in the closet, I realize that I owe the thief a thank you

Then I open the box with the script. My reaction is reminiscent of Shelley Duvall’s in “The Shining”, when she fingers through the package with “All work and no play …”. I do not recognize many of the texts. Which is uncomfortable enough. Bundle after bundle of novels, short stories, plays, poems, lyrics. Published and unpublished, completed and unfinished. Prints from neat Olivetti, pixelated blask from ancient inkjet printers. I cast quick, awkward glances at the script pages, can’t bear or dare to read them, and soon I begin to wonder if I ever did anything other than write. How many trips had I not been able to make? How many subjects had I not been able to study, how many languages ​​had I not been able to learn?

I have proven chosen to save these masses of text, but not even if I swept home three Nobel Prizes in a row would anyone idas find out about them, let alone read them.

And yet. When I pile the moving boxes in the closet, I realize that I owe the thief a thank you.

Here you can read more chronicles by Bengt Ohlsson.

More in a while… The article NATO summit: Biden urges Erdogan to maintain stability in Aegean published in NewsIT .
Read more
Technology

A conversation from Biden and an individual meeting between NATO Secretary General Jens Stoltenberg and Turkish President...
Read more

More in a while… The article NATO summit: Biden urges Erdogan to maintain stability in Aegean published in NewsIT .
Read more
Technology

A conversation from Biden and an individual meeting between NATO Secretary General Jens Stoltenberg and Turkish President...
Read more
Movies

I spend more time and energy at work than at study. Is that how it should be?

PHOTO – Onana at Inter, discovered a mural. “The king is already in Milan”, with Ibra looking at him

In the next days André Onana will be announced as the new Inter player and in Milan the goalkeeper is ready to be warmly...
Read more
Load more
Facebook
Instagram
LinkedIn
Pinterest
Tumblr
Twitter