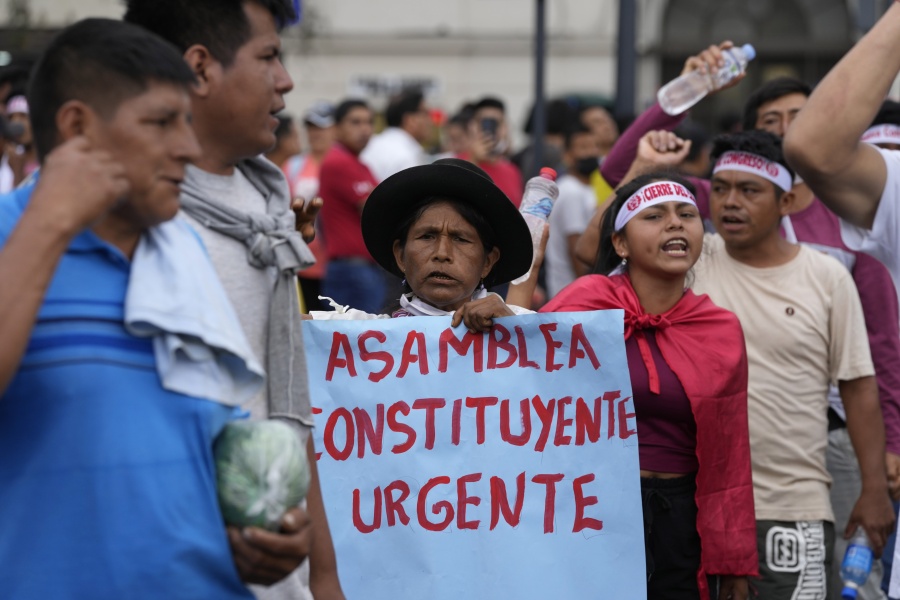 LIMA, Peru (AP) — Protesters set fire to the police station and judicial office in the Peruvian town of Macusani Wednesday after two people were killed and another seriously injured by gunfire amid antigovernment protests.

The deaths were confirmed by Macusani health official Dr. Iván Fernández and brought to 53 the number of people killed during more than a month of unrest following the ouster of President Pedro Castillo.

The officers had to escape the police station that the crowd burned in a helicopter, police said. Macusani, about 160 kilometers from the city of Juliaca near Lake Titicaca, is the capital of the province of Carabaya,

The deaths come as protesters converge on Lima for an antigovernment protest Thursday that activists hope will open a new chapter in the weeks-old movement demanding President Dina Boluarte’s resignation by bringing the protests to Peru’s capital.

The unrest began in early December following the destitution and arrest of Castillo, Peru’s first president of rural, Andean roots, following his attempt to dissolve Congress and head off his own impeachment.

Boluarte was Castillo’s former running mate before taking over the presidency. She has said she supports a plan to push up to 2024 elections for president and congress originally scheduled for 2026.

Castillo, a political novice who lived in a two-story adobe home in the Andean highlands before moving to the presidential palace, eked out a narrow victory in elections in 2021 that rocked Peru’s political establishment and laid bare the deep divisions between residents of the capital, Lima, and the long-neglected countryside.